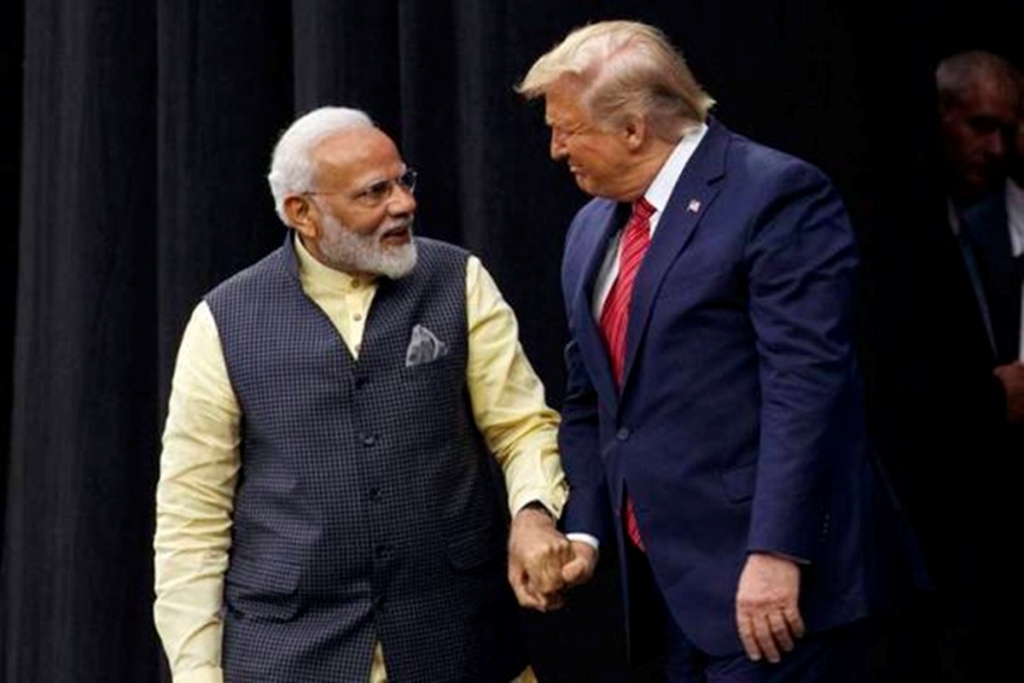 The US State Department unreservedly praised Pakistan’s Prime Minister’s statement on 18 September 2019 that, “If someone from Pakistan goes to India and he thinks he will fight in Kashmir … He will have acted as an enemy of the Kashmiris.” The Acting Assistant Secretary of State for South and Central Asian Affairs, Alice G Wells, tweeted enthusiastically on 19 September, “Applaud PM @ImranKhanPTI’s unambiguous & important statement that militants from Pakistan who would carry out violence in Kashmir are enemies of both Kashmiris & Pakistan.” And she was careful to add, “Pakistan’s sustained commitment to counter all terrorist groups is critical to regional stability.” Having been brought to its knees by the Afghan armed resistance, the US desperately wants to crush all resistance to the cowardly Hindu armed forces in Occupied Kashmir. The colonialist plan is for the Hindu State to become the regional hegemon, so that it can contain the US’s potential rivals in the region, China and the soon to return Khilafah. In addition, the United States is interested in stationing its forces in the highly strategic Ladakh region of Occupied Kashmir, exposing the Muslims of the region to even greater dangers than they face today.

O Muslims of Pakistan! Is fighting allowed only for those who occupy our lands, maim our men and dishonor our women and is forbidden for any who resist?! Yet, the lowly Bajwa-Imran regime stands in the same row of Modi and Trump in denouncing armed resistance in Occupied Kashmir as “terrorism,” even though Allah (swt) commanded, وَاقْتُلُوهُمْ حَيْثُ ثَقِفْتُمُوهُمْ وَأَخْرِجُوهُمْ مِنْ حَيْثُ أَخْرَجُوكُمْ “And slay them Wherever you catch them, and turn them out from where they have turned you out” [Surah al-Baqarah 2:191]. The treacherous Bajwa-Imran regime heartlessly ignores the cries of the oppressed, whilst heedlessly seeking honor in submission to the colonialist plans, even though RasulAllah ﷺ said, «مَا تَرَكَ قَوْمٌ الْجِهَادَ إلاّ ذُلّوا» “No people abandon Jihad except that they are humiliated.” [Ahmad]. It is upon all of us now to demand from our fathers, brothers and sons in our armed forces to halt the mounting treason before it reaches its full height. Demand from our lions that they give their Nussrah (Material Support) for the re-establishment of the Khilafah (Caliphate) on the Method of Prophethood, so that they are finally led in the battlefield in pursuit of victory and martyrdom. Allah (swt) said, يَا أَيُّهَا الَّذِينَ آمَنُواْ قَاتِلُواْ الَّذِينَ يَلُونَكُم مِّنَ الْكُفَّارِ وَلْيَجِدُوا فِيكُمْ غِلْظَةً وَاعْلَمُواْ أَنَّ اللّهَ مَعَ الْمُتَّقِينَ “O you who believe! Fight the Unbelievers who gird you about, and let them find firmness in you: and know that Allah is with those who fear Him.” [Surah at-Tawbah 9: 123]