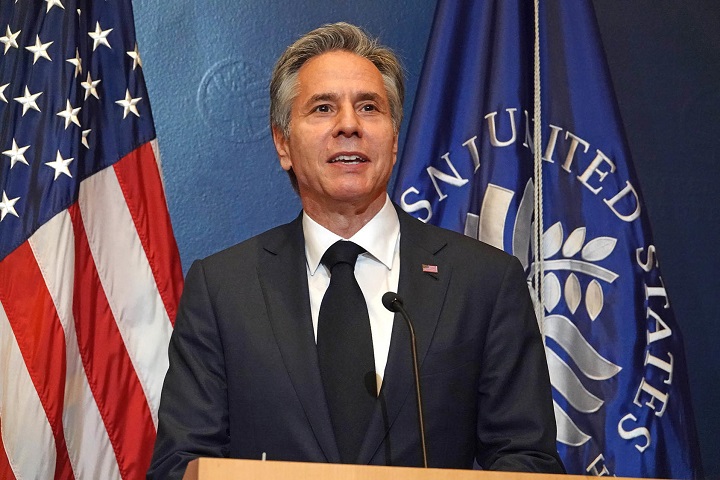 Antony Blinken, the US Secretary of State, along with Rina Amiri, US Special Envoy on Human and Women Rights, launched the U.S.-Afghan Consultative Mechanism on July 28th – a move that will enable American authorities to coordinate further with Afghan women and civil society. Blinken stated in his address that: “What we want to do is to make our partnerships with Afghan civil society more effective, more rigorous, more productive, more purposeful. And that’s what this new initiative is all about.”

First: America withdrew from Afghanistan, but has not desisted to occupying it; hence, instead of using ‘Hard Power’ and direct invasion, the US is seeking to impose its influence and sovereignty over Afghanistan through the use of “Soft Power”. After military defeat in Afghanistan, the US tries to deviate and disrate the stance of Islamic Emirate through economic sanctions, media and political threats and wants again to secure influence in the country by international organizations, aid agencies and civil society networks. The US wants them to spread advocacy for Western values across the Afghan society and even intends to orchestrate intelligence activities with the help of these organizations. The US has massive experience in carrying out such activities and knows how to bring down and weaken its competitors with the help of civil society and intelligence organizations.

Second: When Blinken speaks of civil society, he, in fact, speaks of secularism and Western values. Civil society is a Western concept that stands on the notion of ‘separation of religion from life’. Civil societies have been always used as tools aimed at disseminating and defending Western values; like how the former Republic of Afghanistan used these civil society organizations under the name of media outlets, democratic parties, cultural associations, think tanks … to promote values such as ‘freedom’, ‘human rights’, ‘women rights’ and etc… for the past 20 years. Blinken pointed out to these values as a great achievement in his speech as according to him these values and activities of civil society even led to “The LGBTQI+ community found ways to build a community” but with the takeover of the Emirate, all of these values which he pointed to as the 20-years gains: human rights and women rights, saw a painful end.

Third: The Islamic Emirate must realize that Western power, international organizations and civil society are based on secular belief which are the intelligence and cultural tools used for the interests of super powers. In fact, tying relations with today’s world and its organizations is translated as tying relations with secularism. Secularism is the redline of today’s world, and the Western powers defend and protect their belief in all over the world while Muslims also have redlines which unfortunately see no one to bravely express it, defend it and protect it in the world. Undoubtfully, the Muslims redline is Islam, and its thorough implementation in the domestic and foreign policy.

However, protecting this redline is not possible without establishing a Khilafah (Caliphate) State through which Islam would be implemented. The Caliphate would help remove the cultural and intelligence organizations of the enemy from the face of Islamic lands and it will ensure unity among Muslims as a great united Ummah where Islam will once again see a dominance in international relations as the super power of the world.

“O believers! Do not take disbelievers as allies instead of the believers. Would you like to give Allah solid proof against yourselves?” [An-Nisaa: 144]