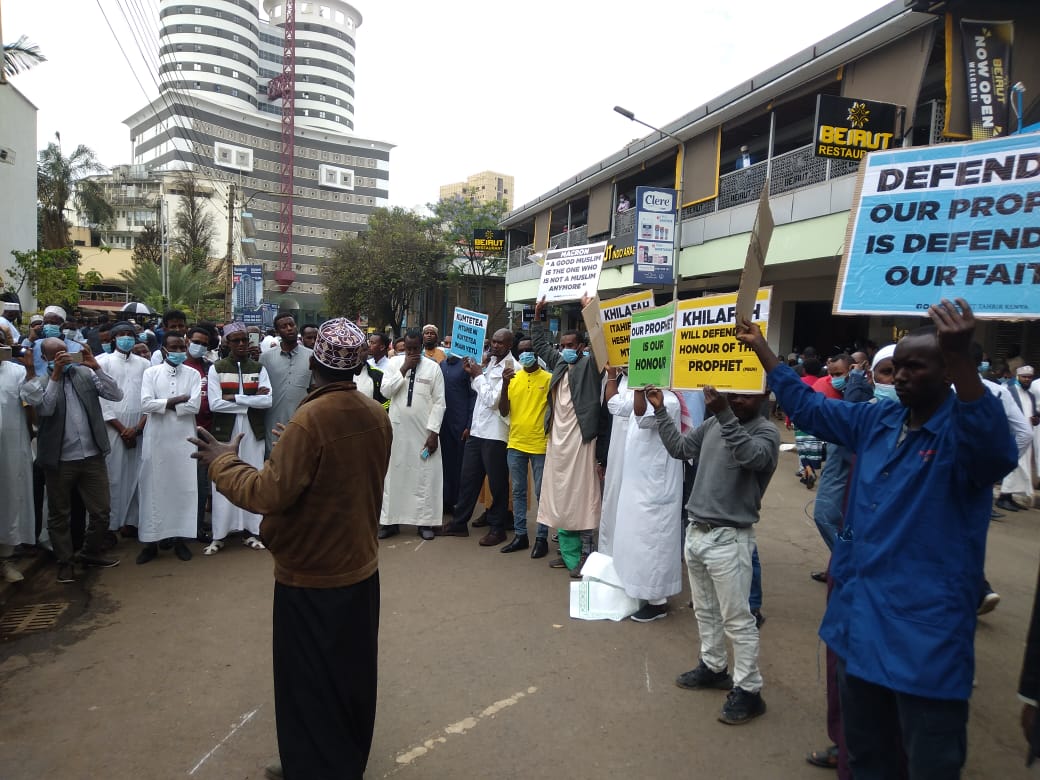 These traits are an outcome of striving for the pleasure of Allah (swt), loving that which He (swt) loves for humankind, hating that which He detests for His servants, consciousness of the imminence of death, conscientiousness in being accounted by Allah (swt) and fervent desire that every waking moment is offered in the best service to Allah (swt). It is the abundance of such believers that have allowed the Islamic Ummah to tower over other civilizations in achievements in a myriad of spheres, spawning legions of polymaths, laying the foundations of much of that which is known today, in fields as diverse as military victories, jurisprudence, medicine, engineering, architecture and literature. Such believers achieved monumental greatness in more than one field, at tender ages, due to their conviction in the great Deen of Islam, strictly abiding by it in their life choices, lifestyle, mannerisms and habits. Indeed, Islamic legacy is enriched by such believers who left their indelible, substantial marks in Dunya, with a galaxy of good deeds written for them for the Aakhira.

Above all those who have lived by Islam, is the best of all humanity, RasulAllah ﷺ, who in a mere two decades changed the very course of humankind since he ﷺ graced this Dunya with his presence. In a fraction of a single lifetime, he established the foundations of a mighty Ummah that will exist until the Day of Judgment, which will dominate the entire world with the Deen that he ﷺ brought and which will be the largest single Ummah of any Prophet (as) on the Day of Judgment. In just one third of a single lifetime, he ﷺ achieved that which generations of other beliefs and systems could not achieve, as he ﷺ was the ultimate embodiment of Guidance, propelling him as the Master of all the Prophets (as), Imam of all Messengers (as) and the greatest of all humankind.

It is the divine revelation, the Quran and the Sunnah, that alone enlightens the mind, vitalizes the soul and energizes the limbs. The one who nurtures his soul with Islam revives and flourishes, whilst the one who deprives himself of the Deen of Truth withers like a hollow, rootless, lifeless trunk. Divine revelation cleanses the soul of tendencies towards laziness, wasting time, purposelessness, avoidance of inconvenience and aversion to discomfort, all of which hamper the response to the call of Allah (swt) and His Messenger ﷺ.

Indeed, the Believer is compelled by the words of Allah (swt) to acquire urgency in striving for the pleasure of Allah (swt). Allah (swt) said, وَسَارِعُوا إِلَىٰ مَغْفِرَةٍ مِّن رَّبِّكُمْ وَجَنَّةٍ عَرْضُهَا السَّمَاوَاتُ وَالْأَرْضُ أُعِدَّتْ لِلْمُتَّقِينَ “And hasten towards forgiveness from your Lord and a Paradise as vast as the heavens and the earth, prepared for those mindful of Allah.” [Surah Aali Imran 3:133]. Benefitting of the prominent Tafaseer, it is noted that Al-Qurtabi commented, “Making haste and taking the initiative, which are reactions… that is, they hasten to what obligates forgiveness, which is obedience (Taa’ah). Anas bin Malik and Makhoul said in Tafsir of وَسَارِعُوا إِلَىٰ مَغْفِرَةٍ “And hasten towards forgiveness.” ‘It means the opening takbeer (of Salah).’ Ali bin Abi Talib (ra) said, ‘To perform the obligatory duties (faraa’id).’ Uthman bin Affan (ra) said, ‘To sincerity.’ Al-Kalbi said, ‘To repentance from usury.’ And it was also said, ‘To steadfastness in fighting.’ And other than this was also said. And the verse is general in entirety. Its meaning is of being foremost in good deeds that are put forwards.” Al-Baghawi commented that, “Abdullah Ibn Abbas (ra) said, ‘To Islam.’” As-Sa’adi commented that, “Then the Almighty commanded them to hasten to His forgiveness and to realize His Paradise, whose breadth is of the heavens and the earth, so what of its length, which Allah (swt) has prepared for the righteous, for they are its people and the actions of piety lead to it.”

Indeed, the Believer is steadfast, fills his life with good deeds, never turns away opportunities to do good deeds (khairaat) and generates circumstances within which to do more good deeds. Allah (swt) said, فَاسْتَبِقُوا الْخَيْرَاتِ “So anticipate in doing good deeds” [Surah al-Baqarah 2:148]. In his Tafsir, as-Sa’adi said, “The command to anticipate in doing good deeds is over and above the command to perform good deeds. This is because anticipation of them includes performing them, completing them, applying them in their fullest conditions and taking the initiative regarding them. Whoever precedes in this world in good deeds, then he precedes in the Hereafter to Paradise, so the foremost is the highest of creation. Good deeds include Obligations (faraa’id) and Recommended (Nawaafil) actions, such as Salah, Fasting, Zakat, Hajj, Umrah, Jihad…” At-Tabari commented, “Abu Jaafar said, ‘It means the Almighty mentioned him by saying: ‘So anticipate’ and so they take the initiative and hasten, which is of anticipating, which is taking the initiative (mubaadarah) and speediness.”

Just as Allah (swt) revealed in the Quran the importance of urgency, initiative and speed in good actions, He (swt) also revealed the like through the Sunnah of RasulAllah ﷺ. Thus, in the Noble Sunnah, urgency was understood from the speech of RasulAllah ﷺ, who said, «بَادِرُوا بِالْأَعْمَالِ فِتَنًا كَقِطَعِ اللَّيْلِ الْمُظْلِمِ يُصْبِحُ الرَّجُلُ مُؤْمِنًا وَيُمْسِي كَافِرًا أَوْ يُمْسِي مُؤْمِنًا وَيُصْبِحُ كَافِرًا يَبِيعُ دِينَهُ بِعَرَضٍ مِنْ الدُّنْيَا» “Be prompt in doing good deeds (before you are overtaken) by turbulence which would be like a part of the dark night. A man would be a believer in the morning and turn to disbelief in the evening, or he would be a believer in the evening and turn disbeliever in the morning, and would sell his Faith for worldly goods.” [Muslim]. In the Blessed Sunnah, urgency was seen in the action of RasulAllah ﷺ himself. Al-Bukhari reported on the authority of `Uqba who said, “I offered the `Asr prayer behind the Prophet ﷺ at Medina. When he had finished the prayer with Taslim, he got up hurriedly and went out by crossing the rows of the people to one of the dwellings of his wives. The people were startled by his speediness. The Prophet ﷺ came back and found the people surprised at his haste and said to them, «ذَكَرْتُ شَيْئًا مِنْ تِبْرٍ عِنْدَنَا فَكَرِهْتُ أَنْ يَحْبِسَنِي، فَأَمَرْتُ بِقِسْمَتِهِ» “I remembered a piece of gold Lying in my house and I did not like it to divert my attention from Allah’s worship, so I have ordered it to be distributed (in charity).” This indicates how Muslims should rush to implement that which Allah (swt) obligated upon them.

In the enlightening Sunnah, urgency was seen as being inspired by RasulAllah ﷺ in the Believers. Muslim narrated that Anas (ra) reported, ‘RasulAllah ﷺ and his Companions (ra) reached Badr before the polytheists, and when they arrived, he ﷺ directed, ‏ «لَا يُقَدِّمَنَّ أَحَدٌ مِنْكُمْ إِلَى شَيْءٍ حَتَّى أَكُونَ أَنَا دُونَهُ»“Let no one of you advance ahead of me.” When the polytheists came near, the Messenger of Allah ﷺ said, «قُومُوا إِلَى جَنَّةٍ عَرْضُهَا السَّمَوَاتُ وَالْأَرْضُ» “Now stand up and proceed towards Jannah which is as wide as are the heavens and the earth.” ‘Umair bin Al-Humam (ra) asked, “Is Jannah as wide as are the heaven and the earth?” RasulAllah ﷺ replied, «نَعَمْ»‏ “Yes.” ‘Umair remarked, “Great!” RasulAllah ﷺ asked him, «مَا يَحْمِلُكَ عَلَى قَوْلِكَ بَخٍ بَخٍ» “What has urged you to say ‘great’.” He replied, “O RasulAllah! Nothing other than hope that I might become one of the inhabitants of Jannah.” RasulAllah ﷺ said, «فَإِنَّكَ مِنْ أَهْلِهَا» “You will definitely be among them.” ‘Umair then took some dates out of his quiver and began to eat them, but after a short time he said, “If I survive till I eat my dates, it will mean a long life.” So he threw away the dates which he had with him and then fought with the enemy till he was killed.

RasulAllah ﷺ founded a great generation of military commanders and politicians who changed the course of humanity with him. After him ﷺ, this blessed generation continued his mission to carry Islam to all of humankind. It is this first generation, the best of all generations that is the model for all generations to follow. Thus, the politician seeking to convey the Dawah to Islam, making Islam the basis for society today, generating the Islamic thoughts to purify the atmosphere within the Muslim World, remembers the example of the Sahabah (ra) who entered upon the Qurayshi society from Dar ul Arqam with such force and dynamism, that the light of guidance was sensed throughout the entire Arabian Peninsula, in a short space of time. Thus, the army officer desiring the liberation of occupied lands and opening new lands to Islam, remembers Khalid bin Walid (ra), the Sword of Allah (swt). Unbroken by the kuffar in any battle, it was said of Khalid (ra) that, “he neither slept nor let others sleep, and nothing was concealed from him.” (at-Tabari: Vol. 2, p. 626).

Indeed when nurtured with the enriching Islamic cultural civilization, the Believer is compelled to strive with urgency for the pleasure of Allah (swt). He is disciplined and reliable. He does not waste time, exhausting himself in idle pursuits. He will perform all his duties, whether it is Salah, Zakah or waging war or enjoining the good and forbidding the evil in a perfect manner. He will not indulge in useless argumentation, but only in purposeful discourse. He will put his house in order, tying his affairs so as to facilitate the carrying the Dawah to Islam. He will sacrifice from his aspirations in Dunya, so he can strive for aspirations in the Aakhira. He will complete actions to perfection and will not be satisfied with matters as they are.

Above all, what distinguishes the Believer from the productive individuals of all other beliefs and ways of life, is the goal for his striving and urgency. Indeed, he is not infatuated by the Western civilization for its productivity, but alarmed by its entire direction, the disobedience and defiance of Allah (swt). Allah (swt) said, الَّذِينَ ضَلَّ سَعْيُهُمْ فِي الْحَيَاةِ الدُّنْيَا وَهُمْ يَحْسَبُونَ أَنَّهُمْ يُحْسِنُونَ صُنْعًا “They are those whose efforts are in vain in this worldly life, while they think they are doing good!” [Surah al-Kahf 18:104]. Thus, his vision is not narrowed by material benefit, pride and status within this temporary Dunya. His vision is widened by his desire for the Jannah, whose breadth is of the heavens of the earth, so what of its length. His vision is determined by that which Allah (swt) has determined of good action and lawful things. He seeks the pleasure of Allah (swt) and avoids that which invites His Anger and Punishment. His heart is heavy with the immense suffering of the Ummah due to the absence of Islam and lightened by his profound conviction that Allah (swt) is Alone the Master of His Affairs. He thinks nothing but of sacrificing from his health, wealth and time for the furthering of the Deen on the earth. His lips are moistened by the remembrance of Allah (swt) and his eyes are moist with crying for fear of Allah (swt). His limbs are tired and ache through his nights in Qiyam and days of energetic striding for the sake of Allah (swt). So, for real success and prosperity, let the Believers strive! Allah (swt) said, إِنَّمَا كَانَ قَوْلَ الْمُؤْمِنِينَ إِذَا دُعُوا إِلَى اللَّهِ وَرَسُولِهِ لِيَحْكُمَ بَيْنَهُمْ أَن يَقُولُوا سَمِعْنَا وَأَطَعْنَا ۚ وَأُولَٰئِكَ هُمُ الْمُفْلِحُونَ (51) وَمَن يُطِعِ اللَّهَ وَرَسُولَهُ وَيَخْشَ اللَّهَ وَيَتَّقْهِ فَأُولَٰئِكَ هُمُ الْفَائِزُونَ “The only saying of the faithful believers, when they are called to Allah (His Words, the Qur’an) and His Messenger, to judge between them, is that they say, ‘We hear and we obey.’ And such are the prosperous ones (who will live forever in Paradise). And whosoever obeys Allah and His Messenger ﷺ, fears Allah, and keeps his duty (to Him), such are the successful ones.” [Surah An-Noor 24: 51-52].