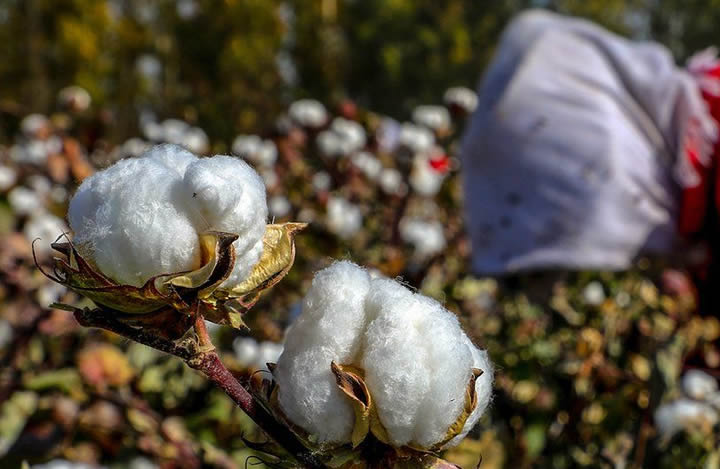 On the 17th of March, the BBC published a report exposing the links between international cotton traders and the exploitation of the oppressed Uighur Muslims in East Turkestan. Britain’s Business, Energy and Industrial Strategy Committee said there was a lack of transparency in corporate supply chains and failures in government to monitor the sourcing of goods made with forced labour.

The British governments proposals to amend and strengthen the Modern Slavery Act (2015) are completely futile and useless in its ability to remove the horrors of what is happening to the Muslims in China. We should not be fooled by these hypocritical measures to play the game of moral heroes. There have been months of satellite footage gathered to show the atrocities being committed on a mass scale. The images show the building of massive compounds and a thousand of men and women were seen to be loaded off of streams of people carrier vehicles. The army is mobilized at these locations and the hundreds of interviews and secret footage bear evidence that abuses are organized and sanctioned by authorities.

The fact is that there is absolutely zero will to investigate, verify and condemn the reports of concentration camps that torture and “reform’ Muslims into being non-Muslims.

The global Ummah cannot be surprised at the deaf, dumb and blind response of International leaders, especially our own Muslim rulers who are employed to be observers to the ethnic cleaning of Muslims from Palestine, Myanmar and China. The Capitalists’ need for cheap labour is far more important that any moral values. Illegal immigration, human trafficking and child slavery are all well-known features of the “democratic’ systems in place in western nations. They are only condemned if there is a political agenda to control other nations, never to limit the profit margins of their own 1% elite.

Under a truthful and comprehensive Islamic Ruling system, there would not be allegiance to the economic interests of a few at the expense of the many. Human rights would not be used as a bargaining tool to threaten nations with sanction and submission to colonialist policies. Under a Khalif, the Uighur Muslims suffering could never be dismissed as “alleged” or “rumour” because ignorance is seen to be an excuse for inaction. Allah (swt) ordered the removal of oppression immediately as it is worse than killing!

“If they start a fight] kill them wherever you find them, and expel them from wherever they expelled you. For oppression is worse than murder. Do not fight them at the Holy Sanctuary unless they fight you in it. If they fight you, kill them. That is the reward of the unbelievers.” [TMQ 2:191].

The Muslims of China can be assured of their doom and slavery under the current fake human rights systems that have kept millions in the state of misery and dehumanization. We cannot waste time of these failed promises but must reject these token promises of change and work only for the Khilafah Ruling system. Only the we will see justice and change delivered to Humankind in a manner that is true and real.