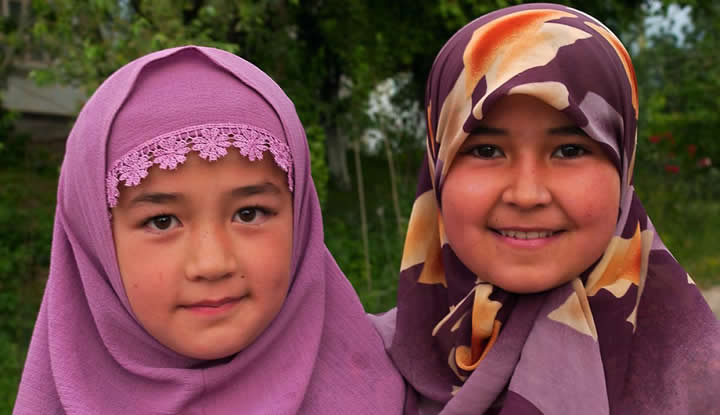 On January 15, IA “TELEARNA” reported on its website: “130 parents of schoolchildren can be held administratively liable for their unwillingness to comply with the school dress code in South Kazakhstan. Almost 400 pupils of the region’s schools wear headscarves and other religious attributes. The implementation of the secular state standards in the educational institutions will be monitored by policemen, teachers and religious figures.

Now there are 398 schoolgirls wearing headscarves at the school, in January 2017 there were about 600 of them. Last year 28 teachers wore headscarves –in Sairam district, Saryagash and Maktaaral. For today after the explanatory work, only 6 teachers continue to teach in Muslim attire. The proceedings on 130 parents who refused to comply with the order of the Ministry of Education on the school uniform, transferred to the administrative police.”

Comment:
The last few years tyrant N. Nazarbayev has increased the pressure on the Muslims of the country. Like his counterparts, the tyrants of Central Asia, tyrant N. Nazarbayev did not stay out of the war of the West against Islam and Muslims who use the false pretext of “the threat of terrorism and extremism.” Back in early 2005, the Supreme Court of Kazakhstan, on the application of the Prosecutor General’s Office, recognized 11 international Islamic organizations as terrorist, and banned their activities on the territory of the republic.

They are “Al-Qaeda”, “Islamic Party of Eastern Turkestan”, “Hizb ut Tahrir”, “Kurdish People’s Congress”, “Islamic Movement of Uzbekistan”, “Asbat al-Ansar”, “Muslim Brotherhood”, “Taliban”, “Boz gurd”, “Jamaat of the Mujahideen of Central Asia”, “Lashkar-i-Taiba”, and the “Society for Social Reforms”. In February 2013, the Astana city court ruled to ban the activities of the “Tablighi Jamaat” organization. Thus, any Islamic organizations that were not controlled by tyrant N. Nazarbayev were banned and the tyrant’s prisons became filled with the active Muslim dawah-carriers.

In prisons of the tyrant, Muslims undergo severe trials.

There were cases of the severe killings, as it was with our Ahylbek from Alma-Ata, a member of the political party Hizb ut Tahrir. In 2010 he became a martyr. They tried to force brother Akhylbek to give up his call with Hizb ut Tahrir and betray his co-religionists. But Akhylbek was not afraid of their threats and tricks. On the blessed body of our brother, the multiple abrasions and bruises were clearly seen, the arm and leg were broken. The bites on hands were distinctly visible. All this did not cause doubts that our brother was tortured to death by the torturers of the tyrant who, like the dogs, even bit our brother.

In Kazakhstan, Uighurs from the Xinjiang Uyghur Autonomous Region of China, who were forced to flee their homes because of the persecution of the power of the polytheistic Communists of China, can not find shelter. Tyrant N. Nazarbayev, at the request of the authorities of the polytheists of China, extradites Uighur Muslims at their mercy.

Not satisfied with the persecution of Muslims in Kazakhstan, tyrant N. Nazarbayev participates in the scheming of the disbelieving colonialists in the face of the US against the Muslims of Sham. In January 2017 in Astana, the capital of Kazakhstan, a conference was held, the purpose of which was a conspiracy against the blessed revolution of the Muslims of Syria. But glory to the Most High and All-Powerful Allah, they failed to deceive the Muslims of Syria and this conference was not crowned with success. After tyrant N. Nazarbayev’s trip to Washington in January this year to his overseas mister-US President Donald Trump, the tyrant increased pressure on the country’s Muslims. In February, the media started talking about the Muslims wearing beards and short pants as the representatives of destructive religious movements.

According to the Ministry of Religious Affairs and Civil Society, external signs of belonging (beard, short pants, niqab, hijab) to destructive religious trends are proposed to be secured by a subordinate act – a joint order of the authorized body, national security bodies and internal affairs.

This impudent and unpunished struggle of tyrant N. Nazarbayev against Islam and Muslims both in Kazakhstan and other lands, shows only one – this tyrant can not be the ruler of Muslims. He and his Taghut power must be torn from the root and thrown into the trash. To do this, Muslims urgently need to start working on the method of Prophethood together with Hizb ut Tahrir to revive the second righteous state of the Khilafah (Caliphate). In order to establish a ruler, the Imam, who will not imprison Muslim dawah-carriers and torture them there, who will not chase pure Muslim women and force them to put off their scarves. We need an imam, who was described by our beloved Prophet Muhammad (saw) saying:

“The Imam is a shield, behind whom you fight and you protect yourself with.”

And may Allah help us.