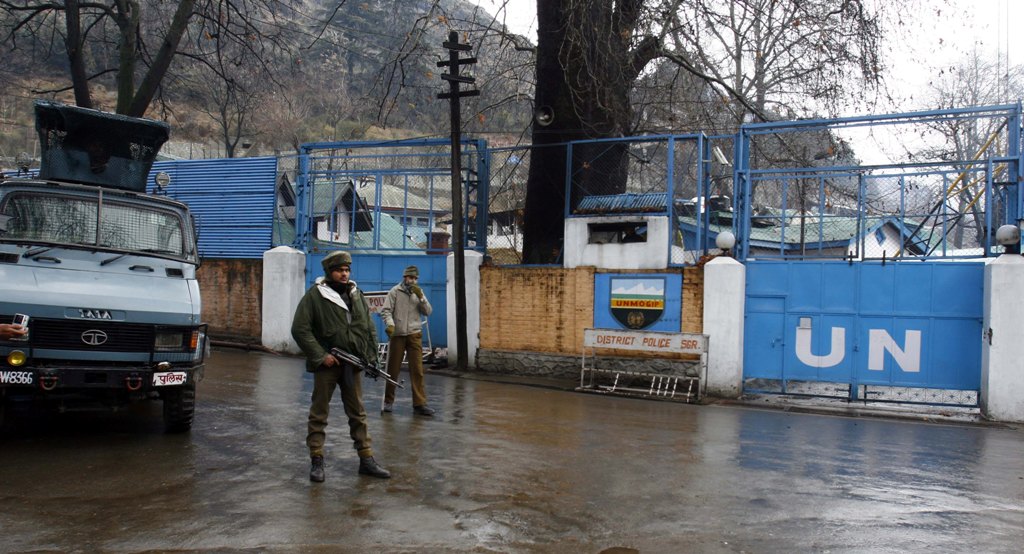 After India’s candidature for the United Nations’ Security Council’s non-permanent seat was endorsed on 25 June 2019 by the 55-member Asia-Pacific Group, which includes Pakistan, the regime found itself at the receiving end of the anger of the masses who reject the regime’s support of the enemy Hindu State. In their justification, the regime’s mouthpieces claim that membership of the United Nations is a compulsion and that Muslims cannot exist in isolation in today’s world. By doing so, the regime exposes the Muslims to great danger at the hands of the United Nations, which is a tool for the colonialist powers that are the permanent members of its Security Council. The colonialist powers have entrapped other nations in the web of an organization over which they alone wield the right of veto. The UN is that malicious organization that clamors for human rights but does not lift a finger to halt the slaughter of Muslims from Palestine, Syria and Bosnia on the one hand to Occupied Kashmir, East Timor, Burma and Afghanistan on the other. It is the UN that seeks to “normalize” the brutal occupations of the Jewish entity and Hindu State, whilst loudly condemning the noble Muslim armed resistance as “terrorism”.

The regime ties Pakistan to a colonialist organization that ensures that the kuffar dominate the affairs of the Muslims, even though Allah (swt) said, وَلَن يَجْعَلَ اللَّهُ لِلْكَافِرِينَ عَلَى الْمُؤْمِنِينَ سَبِيلًا “and Allah (swt) does not permit the believers to grant authority to the disbelievers over them.” [An-Nisa: 141]. The UN is the successor to the League of Nations, which was founded in 1920, after the Paris Peace Conference of 1919, when the crusader colonialist powers of the time decided upon the decapitation and dismemberment of the Khilafah (Caliphate). Thus the UN was built on the foundation of dismantling the international order that the Khilafah had shaped over centuries, which was an intricate, sophisticated network of bilateral accords, that ensured that the Khilafah was the world’s leading state, without a challenger. There is no compulsion to defy the order of Allah (swt) and invoke His Wrath and Punishment upon us. It is the Khilafah (Caliphate) on the Method of the Prophethood that will reject membership of all colonialist tools, including the IMF and the UN. It will actively strengthen the Muslims by unifying them practically as one Ummah, in one state, to face our enemies with power and resolve. It will work to restore Islam as the dominant way of life in the Indian Subcontinent as it was for centuries before, liberating all its inhabitants from the oppressive bigotry of the Hindu ruling elite that has created mischief for too long.