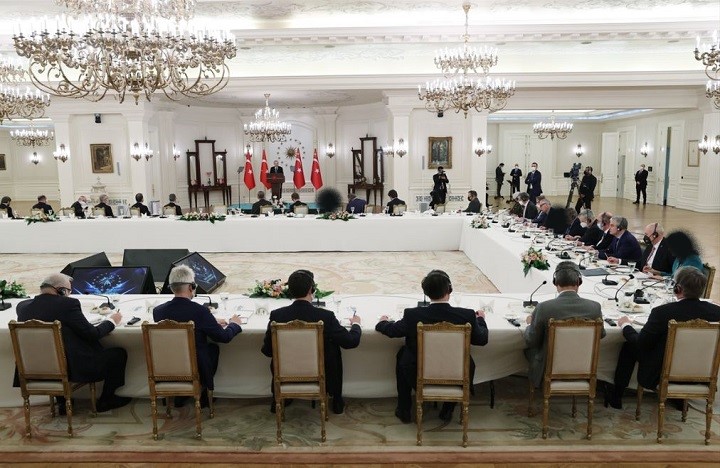 He said that they have been striving for EU membership for more than half a century and added the following: “Turkey, which is geographically, historically and humanely part of the European continent; of course, the EU depends on the goal of full membership. Despite all the injustices we have been subjected to, the EU remains our strategic priority. As a matter of fact, we continue to strive for this goal. The EU needs to be sincere, fair and committed to Turkey’s membership process.”

Comment:
Political concerns, economic problems, social movements are very important for us to see what kind of position administrators have in Turkish politics. Until recently, he said; “If the EU does not accept us, we will take our own path. We make the enacted laws according to the Ankara criteria.” But in reality, Erdogan has never been far from his attempts to become a member of the EU. On behalf of corrupting the religious, moral, customary, traditions and customs of the society, you have not abstained from issuing any of the enactments or any laws. Again, you have signed contracts that will radically destroy the family, generation and society. You considered it your privilege to be a part to the agreements in a hurry.

In fact, despite the fact that the Muslim people have neither an expectation nor an effort to join the EU, it is an example that the rulers have been pursuing such a dream for half a century. As if we had forgotten the word of our Lord:

“And never will the Jews or the Christians approve of you until you follow their religion. Say, “Indeed, the guidance of Allah is the [only] guidance.” If you were to follow their desires after what has come to you of knowledge, you would have against Allah no protector or helper.” [Al-Baqara: 120].

The fact that we are geographically on the border with Europe does not mean that we are part of the historical, human and cultural sense. Looking back at our history, we have been struggling for centuries with these countries that are representatives of the falsehood. This is our historical truth.

If we are talking about the population that deliberately provides the human labour force in European countries today, this is already the deplorable picture of the situation in which the incompetence of the rulers has brought down the Muslim people. In this regard, we do not even have a single issue that we will meet with them and partner with them on. While this is the case, for the executives in charge, being included in the EU may be a strategic goa. For this, they can wait for another half a century.

It should be known that they will never be satisfied unless we accept their deen and we will never be satisfied with them unless they follow the Deen of Allah. Although the situation is so obvious, it is political blindness to expect a commitment from the Christian world. In this respect, our geographical closeness, the fact that some of our citizens work there, does not confirm being a part of them, being in the same club, walking to the same goals and all these inaccuracy, Mr. Erdogan! So, to put it more clearly, two wrongs don’t make a right.

No any political interests, no economic expectations can bring us together under one roof with these countries, whose wars with us are never ending, who use their superstitious ideas, decadent thoughts, and practices of persecution against Muslims at every turn.

If you are receptive to any advices, you would demand for the Islamic ruling that will be a mercy for the humankind instead of waiting in front of the door of the EU, which is the representative of the rotten Western civilization. This way, is the real honour, success and glory for those who consider.