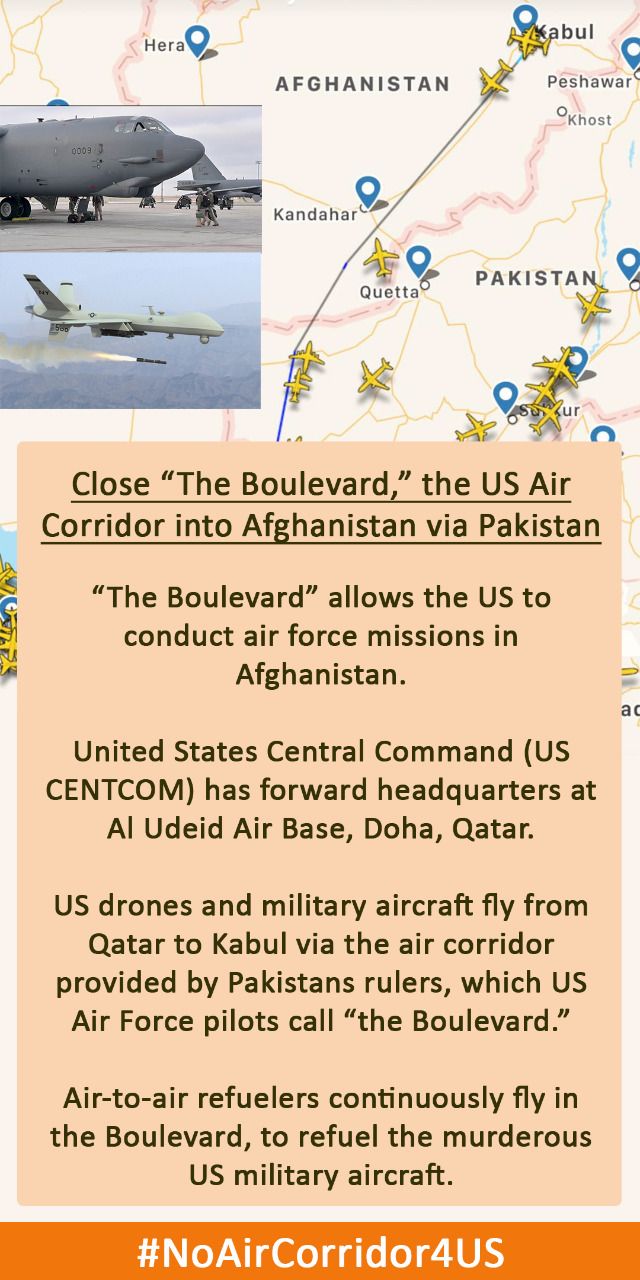 Hizb ut Tahrir / Wilayah Pakistan has launched a powerful campaign on social media demanding the closure of Pakistan’s airspace to American killer drones and spy planes. The Hashtag is #NoAirCorridor4US. On 28 September 2021, the military commander of USCENTCOM, General McKenzie, said, “Over the last 20 years we’ve been able to use what we call the air boulevard to go in over western Pakistan … we’ll be working with the Pakistanis in the days and weeks ahead.” Using the air corridor over Pakistan, US military aircraft can easily reach Kabul, from the USCENTCOM forward headquarters at the Al-Udeid Air Base in Qatar, as well as spy on Pakistan’s military and nuclear assets in Baluchistan.

Oh Allah, restore our shield to us, the Rightly Guided Caliphate on the method of the Prophethood… Oh Allah, Ameen. 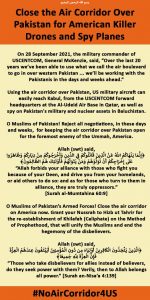 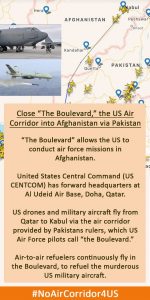