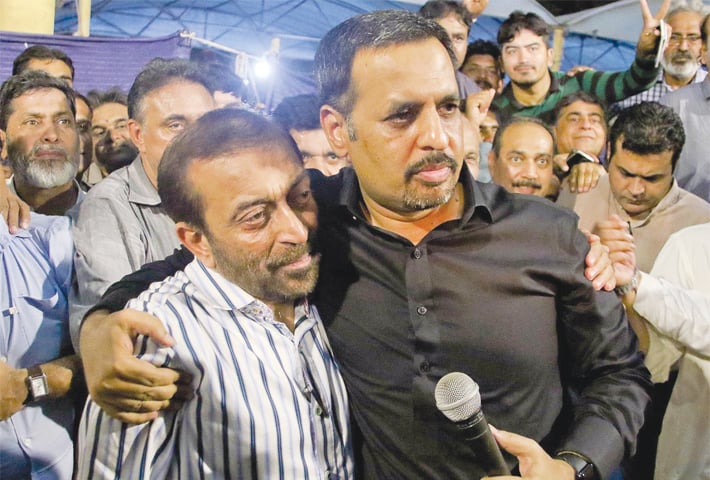 In Democracy, True Representation of the People is Not Possible

This reality is becoming clearer all over the world that elections under democracy do not provide people the opportunity to elect their representatives according to their wishes rather the ruling elite before the elections limit the choice of the people through manipulation. The turmoil being witnessed in the politics of Karachi for the last few days has exposed this reality in Pakistan as well. Suddenly the alliance of the two factions of MQM was announced, which was impossible to imagine even 24 hours before the announcement as both leaders had declared to destroy the other faction politically. The hand of the ruling elite behind this alliance is thus very visible. Dawn Newspaper stated, “the central leadership of the two parties had been summoned by the powers that be for a late night meeting at a Defence safe house… were communicated that their infighting would not be tolerated…”

Infact this manipulation is not happening for the first time in Pakistan. In 2007 former Prime Minister Benazir Bhutto made a deal with the military dictator General Musharaf so that she could return to power once again. Former US Foreign Secretary Condoleezza Rice in her book No Higher Honor later revealed the details of the deal. Even before that, elections in the era of the 1990s are proof that the ruling elite ensure before elections that whatever choices people have must be with their consent.

In democracy, the ruling elite aim to limit people’s choice because those who become members of the assemblies have a legal right to make laws and policies for the country. Therefore before every election a competition starts between political parties to assure the ruling elite that they will make laws and policies according to their whims and desires. Quite opposite to this in the political system of Islam, the Khilafah (Caliphate), people elect their Khaleefah (Caliph) and representatives for the Majlis-i-Ummah with their choice as both of them have no power to make laws rather the Khaleefah is bound to implement laws and policies derived from the Quran and Sunnah while Majlis-i-Ummah ensures that such an implementation is according to Islam. And so the Khaleefah was completely free to implement Islam and take care of the interests of the people. Therefore we see in the Muslim history renowned Khulafaa like Umar Bin Abdul Aziz in the Umayyad era, Haroon ar-Rasheed in the Abbasi era and Sulaiman Al-Qanuni in the Uthmani era who used their power and authority to strengthen Islam and Muslims. In fact Khilafah is the only system which guarantees the rights of the people because in this system people are not dependent on any political party and its success in election to ensure that they will get their rights. Rather rights of the people have been decided by the Sharia of Allah (swt) and the Khaleefah is bound to observe them.

Democracy is the system of the capitalist and powerful ruling elite, and even its best form only spends a small percentage of state resources on the people so that they do not rebel against this corrupt elite. Now is the time to come out of the deceit and illusion of democracy that it allows us to decide our future. In democracy the ruling elite decides our future. Because of this fact people of Pakistan still yearn for the implementation of Islam in Pakistan although they had committed their future to Islam seventy years ago when during the independence movement they raised the slogan of “What is the meaning of Pakistan: No Rab except Allah” (Pakistan ka matlab kya: la ilaha ilallah). Only in the Khilafah system will we be free to choose our future because our Khaleefah and Majlis-i-Ummah will be bound to Islam only.

“Should not He Who has created know? And He is the Most Kind and Courteous (to His slaves) All-Aware (of everything).”