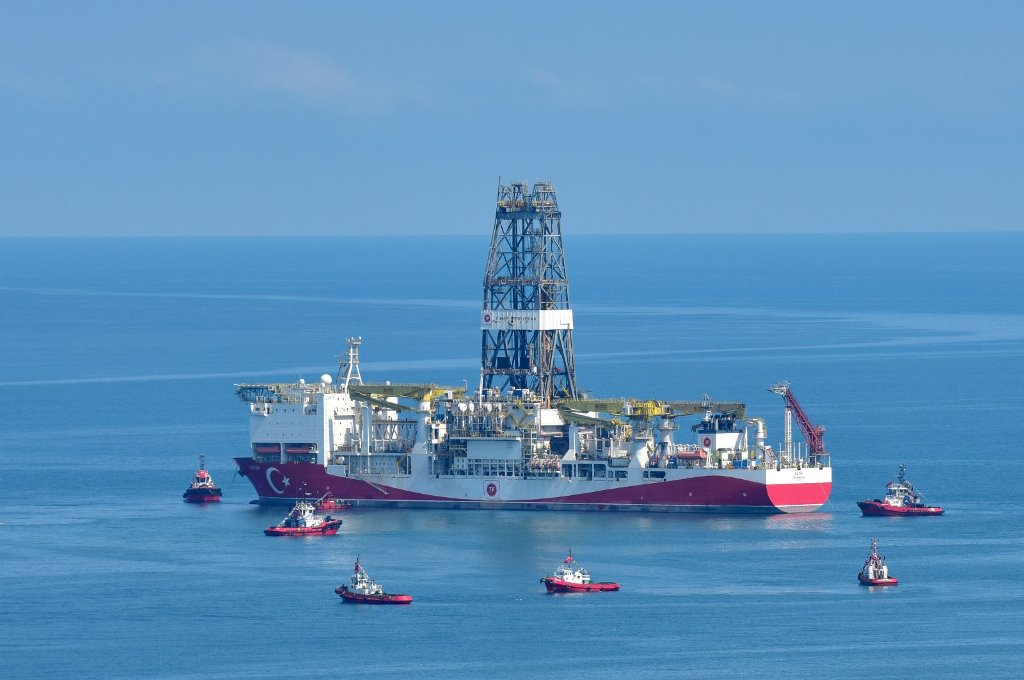 “Alongside being the major factor in a country’s development, energy is also very important in establishing national sovereignty. The distribution of energy sources is also what lies behind the game played on the Eastern Mediterranean. This inhumane global system, which regards one drop of oil more important than the shedding of human blood in streams, continues its dominance.” And he added, “Our Lord opened us a door of immense richness.” (Agencies)

The discovery of such a source is without doubt a gratifying event for a Muslim country. As such I will start with dua that I actually meant for the end of this comment. May Allah (swt) grant the Muslim Ummah superiority and mastery in ideological, political, economical, academical, technological, scientific and all fields, as soon as possible. Surely the Muslim Ummah deserves this. However, in order for our joy to last longer and in order to effectuate Erdogan’s “great news” there are two issues that need to be kept in mind… I would like to explain the first issue with the words of Sheikh Taqiuddin An-Nabhani (rhm) in the preface of his important work, “The Economic System in Islam”:

In short: Despite having the greatest reserves and the greatest wealth of the world in the past and today, the people in the majority of the Muslim lands rank among the poorest in the world. Africa, which possesses the world’s richest mineral resources, has the highest rates of hunger in the world. Saudi Arabia, which is known for being oil rich, and the largest oil exporter, has foreign debts in the amount of its oil exports, while more than 20% of its population, more than 34 million people, live in poverty.

Additionally, when having a look at the discovered amount of natural gas, we see that the Turkish rulers distort and magnify reality as usual and emphasize “nationalism”. Turkey’s annual natural gas consumption amount in average to 50 bcm. (https://www.dailysabah.com/business/energy/turkey-finds-320-bcm-of-natural-gas-in-black-sea-erdogan-announces) This means that these 320 bcm natural gas – if extracted completely- will provide for Turkey’s needs for estimately 7 years, meaning that dependence on imports will continue.

As to the second issue… Mr. Erdogan sticks on his speech of “national” sovereignty. How strong can this nation become with only 320 bcm natural gas? As a nationalist state, what was he able to achieve against the tens of kafir colonialist states, who act in accordance with a single ideology, and who hand in hand suck the blood of the Muslim Ummah and the wealth of its soils? What does he think for how long he will stand against them with that amount?!  Whereas the Muslim lands are one big unit and the Muslim Ummah is one body. And the natural resources created by Allah are the property of the Ummah. Neither the state, nor the rulers, or private companies have any right of disposition upon it. Any income from natural resources goes directly to the treasury of the Islamic State (Bayt al-Mal) and thus is used directly to serve all kinds of the needs of its people. A nationalist state is able to do this. This can only be done by the Khilafah Rashidah upon the Method of Prophethood which is restricted with the orders and prohibitions of Allah alone.

Nationalist states cannot utilize their reserves for their peoples, even they would like to. They can’t because they lack an ideology that is capable of managing and organising their affairs in the correct manner. Therefore they are dependent on the mind and mercy of foreign powers. Turkey in the forefront, the rulers of the Muslim lands are ruling with the systems and tools of colonialist capitalist ideologies, which arose from kufr minds. Capitalism, whose exploitative nature and working principle is indubitably clear: Capitalism accumulates wealth in the hands of a few through bribery, interest, unfair taxes, and feeding state and public property to private corporations through fake tenders, while it leaves the majority of humankind to its faith. The logical consequence thus is that the 320 bcm natural gas, merely a drop in the bucket, will fill the pockets of the rulers and their allied capital owners, while the prices of the natural gas used by the Ummah to heat their houses and cookers, will not be effected. We must ask: Is this really what you meant with “great news”?

In summary, as stated by Taqiuddin An-Nabhani (rhm), the matter is not one of owning these reserves, the matter is of owning the correct ideology to manage them… Fact is, if the rulers were just, if they were implementing Islam’s laws in every field of the state and life, if they implemented Islam’s economic system, Islam’s penal law, then the colonial Capitalism would disappear. If theft, fraud, bribery, forced taxes and interest were removed, then the Muslim Ummah would develop even if the reserves on its soils were minimal.

The rulers of such a state would strive to feed the Ummah and their peoples even if they themselves were to go hungry, for they do not prioritize personal financial gains. Moreover, they would immediately, day and night, rush in order to become the shield to protect the honour of a single woman, and the blood of a single Muslim, which to them is superior than any economic gains. THIS is how a “true good news” looks like…