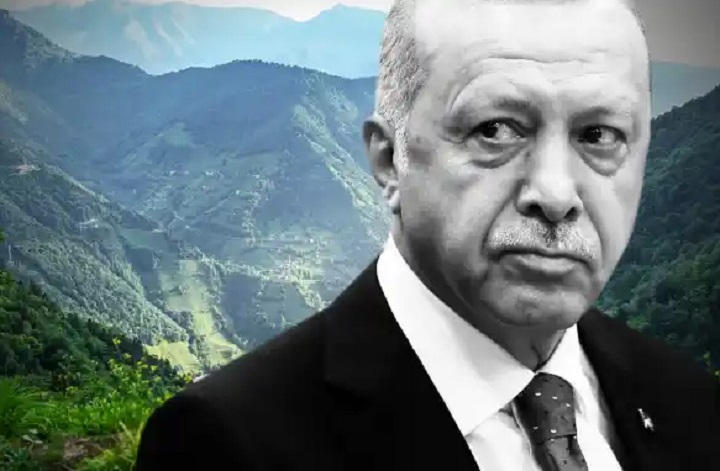 Turkish President Recep Tayyip Erdogan has confirmed that Turkey will take the responsibility to provide security for Kabul International Airport after the US-NATO forces withdrawal from Afghanistan. Erdogan said: “We determined which responsibilities we will take in talks with the US and Nato, and we will take this step in the most appropriate way.”

Turkey has been involved in the war in Afghanistan over the past 20 years under the directive of the US and NATO, and has been vigorously active in the killing, bloodshed and massacre of Afghan Muslims along with the occupation forces – as even the NATO had been once handled by Turkish troops in Afghanistan. For the time being, the US and NATO have been defeated by means of intellectual, political and military struggle of the Muslim people and the Mujahedeen of Afghanistan, they have retreated from the issue of Afghanistan by encouraging the role of the regional countries aimed at closely managing the political situation in Afghanistan. This way, the US would be able to blame others for its covet schemes. One of these countries is Turkey, which is supposed to undertake major responsibilities on behalf of the US in Afghanistan. Indeed, the US has entrusted Turkey with the mission of securing the airport to have the embassies and international NGO’s continued their activities and/or missions in Afghanistan, and Turkey has shown its complete satisfaction for the role.

However, the presence of Turkish troops, aimed at securing the interests of US and the West, has faced serious resistances in Afghanistan because such a presence will patently degrade the position of Turkey in the eyes of Muslims in Afghanistan as this country would bluntly be seen as an occupying state.

Turkey was once the cradle of the Ottoman Caliphate and is considered one of the great powers of the Islamic world, today. But unfortunately, today this power is in the hands of the US and the West and is utilized for Western military and political missions. Erdogan, to preserve his power, has been conducting proxy missions in various [Islamic] countries to secure the interests of the US. As the hypocritical mission of Turkey in Syria, Iraq and Libya has proven to be an offensively bitter practice which neither led to advancements in the status quo of those lands nor contributed in reducing the bloodshed and destruction.

We call upon the powerful Turkish army to get out of the box and reflectively look back at the HISTORY instead of turning into a proxy of US and NATO. The Ottoman Caliphate ruled over the Islamic world based on Islam for about 600 years. Turkey must realize that its true dignity and power will be back through its return to Islam. It is with the rule of Islam that Muslims can independently engage in any arena, and would never ever be submitted to any proxy missions of the enemies of Islam. O sons of Mohammad Fateh! Get mobilized to establish the Caliphate (the rightly-guided Khilafah) on the method of the Prophethood and utilize your power to constitute Islam in order to bring prosperity for all Muslims both in this World and the Hereafter.