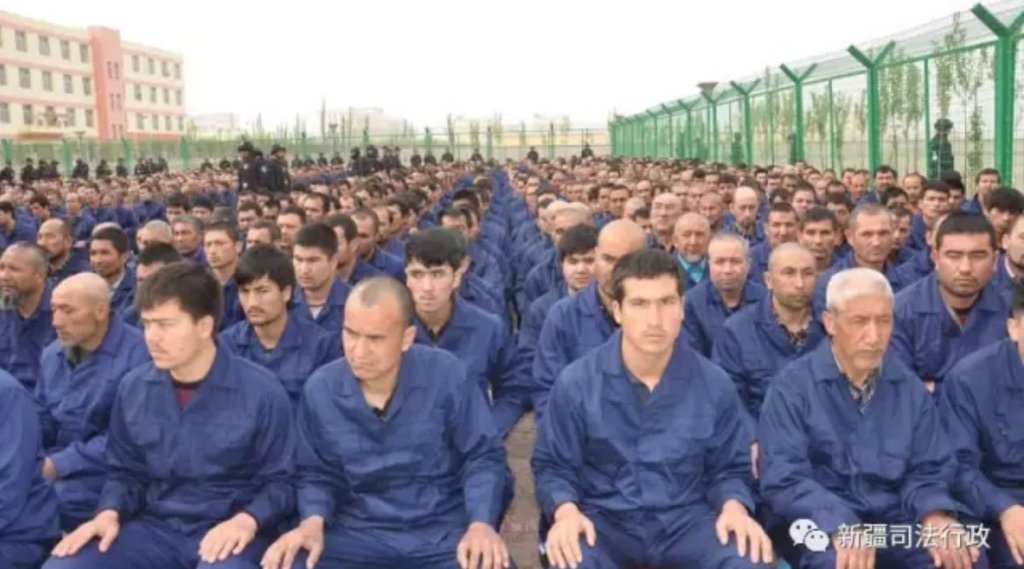 China has faced growing international opprobrium for setting up what it calls vocation training centers to combat extremism in Xinjiang, home to the mostly Muslim Uighur people who speak a Turkic language, which many Western countries view as internment camps.

Turkey is the only Muslim nation to have regularly expressed concern about the situation in Xinjiang, including in February at the U.N. Human Rights Council, to China’s anger.

But meeting Chinese President Xi Jinping in Beijing, Erdogan struck a more positive note, according to a Chinese state media read out of the event.

“It is a fact that the peoples of China’s Xinjiang region live happily in China’s development and prosperity,” state television paraphrased Erdogan as saying.

“Turkey does not permit any person to incite disharmony in the Turkey-China relationship. Turkey firmly opposes extremism and is willing to increase mutual political trust with China and strengthen security cooperation.”

China appreciates Erdogan’s numerous comments saying that he will not permit “any forces to carry out anti-China activities in Turkey and attaches great store on Turkey stressing many times its support of China fighting terrorism”, Xi added. (Source: Reuters 2nd July 2019)

The world has increasingly become aware of the so called ‘de radicalisation’ policies that China has unleashed upon its Muslim population, in the name of anti terror or the prevention of terrorism, via its numerous secret facilities; some massive enough to hold tens of thousands of people.

These internment camps and prisons have been increasing their operations over the last last 4-5 years, where its reported over 3 million Muslims are now being held, and where they are subjected to a vast array of oppression from being force fed pork and alcohol, and made to recite Chinese political slogans to the much more severe punishments reported by Human rights organisations, Western reporters and family members – which include, forcing Muslim women to marry ethnically Han Chinese men, removing the uterus’ of women to prevent them from having Muslim babies, and to imprison beat and torture Muslims with snakes and dogs, even pouring cement into the throats of the Muslims and harvesting their organs.

Amid the growing awareness and global concern, Muslim leaders and scholars have been silent as usual. PM Imran Khan of Pakistan recently queried what was happening in China by saying he “wasn’t aware of any injustices towards its Muslims”, and the Crown Prince of Saudia, Bin Salman, visited China in February, investing billions of dollars and securing bilateral trade agreements. As expected, he didn’t even raise or comment on the situation of the Muslims in China with president Xi Jinping. The majority of Islamic scholars have been silent or nuanced in their condemnation of the Chinese regime too, and the unbridled support for China by their own leaders.

So PM Erdogan is not different in essence to the other global players. He is clearly happy to overlook the insidiousness of China. It means maintaining trade and economic affiliations, and giving the premise of his nationalist politics, while the Islamic bond that he should base his inclinations and actions upon is obviously meaningless to him.

This sorry situation by the so called leaders of the Muslim countries and communities around the world is clearly reflected in the hadith by Abu Saeed al Khudri (ra) which mentions that our beloved Prophet Muhammed ﷺ said «مَنْ رَأَى مِنْكُمْ مُنْكَرًا فَلْيُغَيِّرْهُ بِيَدِهِ، فَإِنْ لَمْ يَسْتَطِعْ فَبِلِسَانِهِ، فَإِنْ لَمْ يَسْتَطِعْ فَبِقَلْبِهِ، وَذَلِكَ أَضْعَفُ الْإِيمَانِ» “when you see a Munkar, remove it, if you cannot, then speak against it, if you cannot then hate it in your heart, and that is the weakest of faith”. (Bukhari)

If those in authority have only the ‘weakest of faith’ as seems apparent, their silence or vapid rhetoric, then who will lead this noble Ummah to success, out of the quagmire of barbarism and humiliation it faces.

This is a betrayal of the Muslims to the highest degree. Abu Bakr (ra) reported that the Prophet Mohammad said, «مَنْ أَهَانَ سُلْطَانَ اللَّهِ فِي الْأَرْضِ أَهَانَهُ اللَّهُ» “whoever belittles the authority of Allah on earth, Allah will belittle him”. (Tirmidhi)

So obviously we cannot expect help, or any change from the duplicitous leaders of today – only a radical change in the systems of governance will bring about a leader capable of taking on the systemic failings of secular and nationalistic thought and the Capitalist systems that perpetuate betrayal after betrayal of the Muslims all over the world.

Only the Islamic system of Khilafah will allow a qualified leader who is invested in the Ummah and its affairs to return us to security and authority.