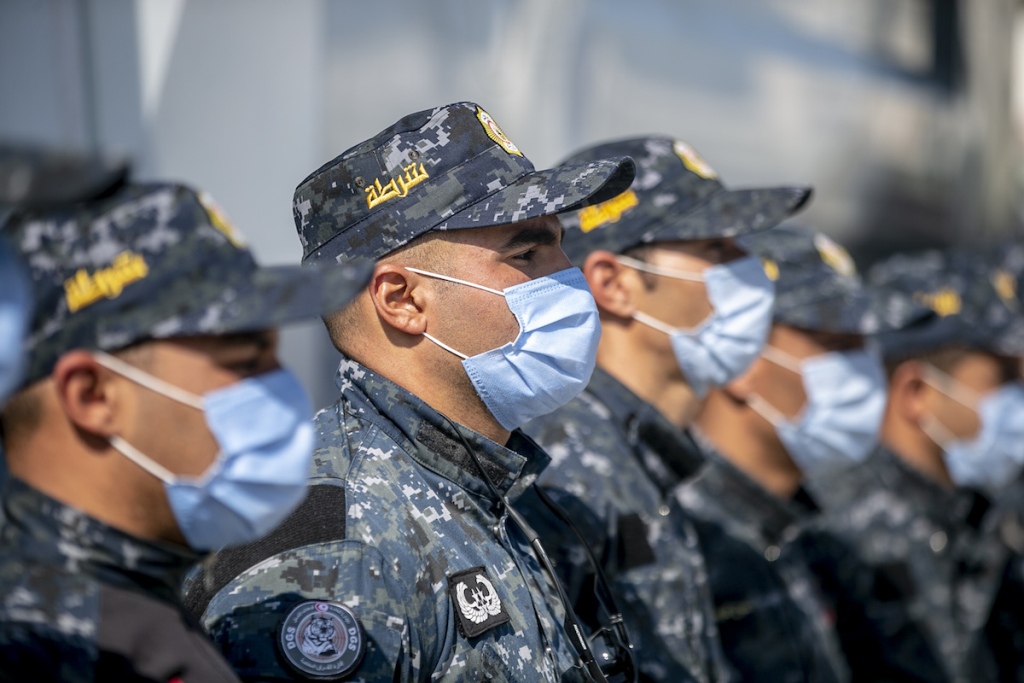 The political center in Tunisia chose to be a subordinate of the Capitalist Western countries, and this dependency only brought calamities and crises on us. In the event of prosperity, its companies loot us and control everything in the country, but if they are hit by a calamity, the burden befalls us and the suffering increases, and the politicians will increase their dependency (on the West) with it. By following them (the West), they brought the epidemic upon us, then they failed to contain it and waited until France and Italy closed their borders, to close our borders. Moreover, instead of containing the disease and the sick, they locked down all the people, and they did not prepare for this lock down, so matters and decisions are confused. We became an experiment field in their hands.

Kais Saied, “the President”, in his last meeting with the National Security Council on Tuesday, March 31, 2020, acknowledged that the measures did not match the needs of the people, especially the poor among them, pointing to the existence of “those who hide behind his character”, to commit war crimes by monopolizing foodstuffs, and he demanded “the necessity of recovering the people’s money” by concluding a penal reconciliation with the businessmen involved in corruption. And he wondered about the money that was pumped during the election campaign: Why does it not appear today in this financial crisis? Without forgetting to remind us of the centrality of political decision, after the conflict between the same state apparatus became clear.

As for the Fakhfakh government, one example of its confusion is that it hastened the closure of wholesale markets and the suspension of transportation. The products were locked up in place, markets tightened, and prices rose, and they retreated and opened the markets again, to allow the transport of goods.

In the face of this confusion, we at the Media Office of Hizb ut Tahrir / Wilayah of Tunisia emphasize the following:

1- Crises are not faced with speeches, demands, and questions, but are rather faced with firm decisions that are immediately applicable, but Kais Saied, “the President”, faces the crisis by questioning the fate of dirty political money, as if he does not realize that it is in the hands of Western powers, that are lavishing it to buy people (policy makers) and confiscate the decision, so that the country remains under foreign influence and its predatory companies. And he demands the criminalization of the monopolists of basic materials as if he does not have all the tools of power, so what is he waiting for to strike the monopolists and the merchants of death?! And what is he waiting for to recover our wealth that the colonial companies loot with unjust corrupt contracts (for example, the French Salt Company)?! And what is he waiting for to stop the stream of smuggled money (which reached in the past years 60 billion), or is he it sufficed by reminding us in every speech of the centrality of the decision and that Tunisia has one president, not three?!

2- Wars are faced by real statesmen who make their own decisions, not by following of the West and wait for their masters. The Fakhfakh government has made the Muslim people of Tunisia a field of experiments for Western policies that have proven unsuccessful in economy, society and health. When it imposed quarantine and stopped working in the private sector, it only thought of the owners of companies. As for the self-employed and craftsmen, the regular workers and the daily workforce, it left them to an unknown fate, to be cut off their paths, and starved them, until they were frustrated, so they took to the streets, preferring to die by Coronavirus than to starve to death.

– Cut off all colonial ties, especially the IMF’s ropes that stifle us, by stopping borrowing with forbidden usury, and stopping the debts repayment of the major usurious global moneylenders, merchants of the people who suck the blood, which are thousands of billions, and to direct them to the urgent needs of the country.

– To recover the wealth plundered by European companies instead of accepting the poisoned “aid” of the European Union. And to recover the money from the corrupt, instead of begging and satisfying them with a penal conciliation.

This can only be done by decisive and bold decisions that liberate energies and wealth and restore the right to its owners, after the heinous defeat suffered by the Capitalist Western civilization and its tools in facing the Coronavirus epidemic; to the extent that the doctors of the United States of America wore garbage bags to prevent its danger!

Isn’t this an opportunity today to gain complete liberation from the colonizer ?! Isn’t this an opportunity to take the matter into our own hands and recover our country? The problem in Tunisia is not the limited resources, there are many resources that have been plundered as you have witnessed in the past years, and you have also seen those who wasted it and put it into the hands of the colonizers or their agents. Our resources are sufficient and we only need a just and wise system that guarantee their good distribution to people, one by one.

Who is the wisest of judges? Who is the most knowledgeable expert?

“Does He who created not know, while He is the Subtle, the Acquainted?” [Al-Mulk: 14]