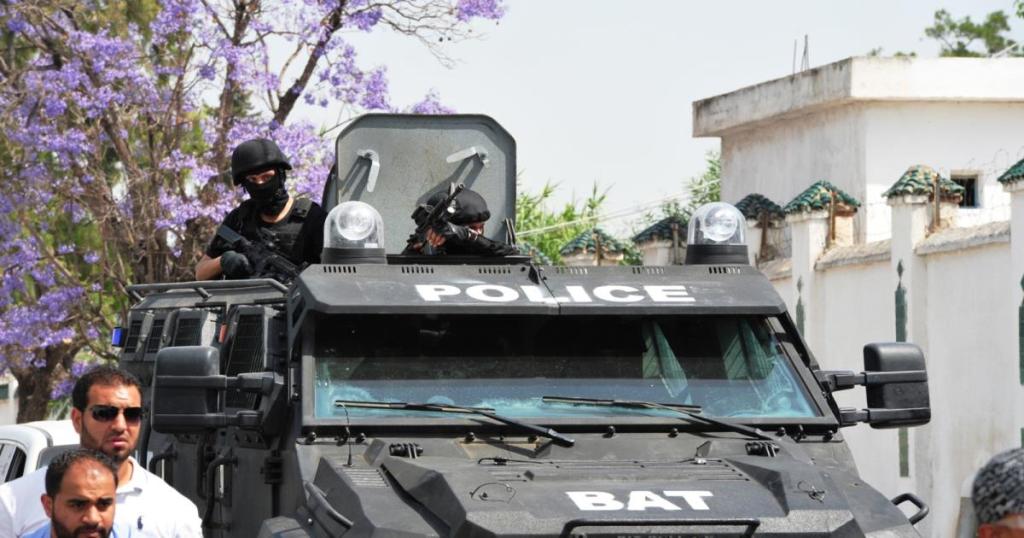 This morning, a security group in civilian clothes arrested a member of Hizb ut Tahrir in Sfax, Ustath Saeed Khasharam, from his workplace, saying: “The director wants you regarding a matter.” When the security authorities were contacted they denied that he was in their custody, and went on further and violated his rights and that of his lawyer to disclose his whereabouts and the reason of his arrest. They even violate their laws that regulate their work. His family found out that he will be transferred to the terror squad in Garjani … (just like that)! On this same morning, Ustath Munir Amara, a member of Hizb ut Tahrir in Tablaba, received an anonymous phone call inviting him to contact the Security Center, and when he asked the caller to support his action by sending a formal summons, he replied that he will be considered to be wanted. (just like that)!

We in Hizb ut Tahrir condemn in the strongest terms these unjustified practices with our members, the Dawah carriers calling for the resumption of Islamic life, and we hold the supreme authority in the country fully responsible for their safety.

And we say to the security authorities: that if by arresting Ustath Saeed Khasharam and by threatening to arrest Ustath Munir Amara, as you claim, you are performing your role in preserving the security in the country, then you are mistaken and have misled the public opinion, and wasted energy that you should have saved to deal with those who really threaten the security of our country and our people, and you know with certainty where to find them. We advise you to turn your direction towards the embassies of the colonial countries and those who knock on their back doors and windows.

And if by arresting members of Hizb ut Tahrir, you claim that you are preventing our country from the threat of terrorism, then that, by Allah, is a false accusation. You are the first to know that Hizb ut Tahrir and its members are a greater shield to the whole Ummah from this plague that the colonial powers planted and used to fight Islam and the Muslims.

We remind you of the saying of Allah (swt): يَا أَيُّهَا الَّذِينَ آمَنُوا لَا تَخُونُوا اللَّهَ وَالرَّسُولَ وَتَخُونُوا أَمَانَاتِكُمْ وَأَنتُمْ تَعْلَمُونَ “O you who have believed, do not betray Allah and the Messenger or betray your trusts while you know [the consequence]” [Al-Anfal: 27].