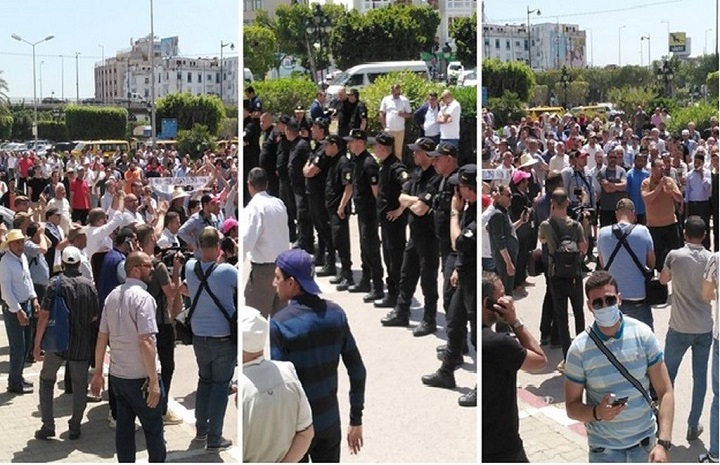 Sunday morning, May 22, 2022, Hizb ut Tahrir / Wilayah Tunisia organized a rally to reject the secular political projects that blatantly challenge Islam and its rulings that are allied with the enemies of Muslims from Western colonialism and the like. It was under the title: “Radical change based on Islam is the way to our salvation!”

Although the stand was planned on Al-Thawra Street in front of the Municipal Theater, the security forces cordoned off the area and turned the main street of the capital into a barracks, where large numbers of police forces gathered and placed their cars at the sub-entries of this street, so that all roads leading to the Municipal Theater were closed. Nevertheless, the Shabab of Hizb ut Tahrir gathered at the end of this main street and succeeded in holding the rally on the side adjacent to it. However, this regime, which provides security for the Zionists, insisted on surrounding the place from all sides and preventing people from arriving and joining the rally, in addition to the arrest of a number of the party’s Shabab. They were later released. 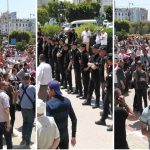 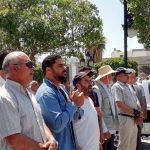 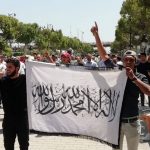 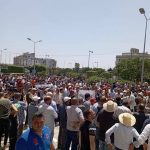 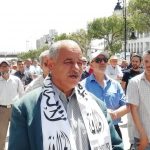 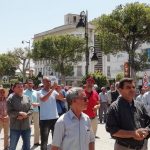 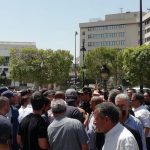 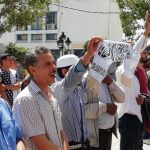 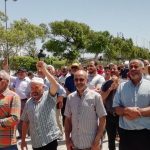 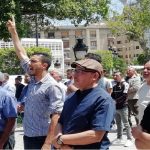 First: A speech by the Head of the Media Office of Hizb ut Tahrir / Wilayah Tunisia, Ustaadh Khabib Karbaka, and it was a fiery speech after the stampede that took place with the security forces, in which Khabib spoke about the betrayals committed by the rulers of Tunisia and the role of governments in perpetuating corruption and its system, and he blamed the entire political community responsibility for the situation in Tunisia being subject to the dictates of the International Monetary Fund and humiliation of its people.

Second: A speech by Ustaadha Fatima Arous, in which she spoke about Islam when it was implemented by a state, and Muslims lived in its shade for centuries, where there were no problems of minorities or problems of poverty, unemployment and terrorism, and no hardship of life like the one we are complaining about today, because of the replacement of a man-made system with the system of the Lord of the Worlds.

She concluded her speech by calling on the people of Tunisia to work with Hizb ut Tahrir to uproot this system from its roots and establish the authority of Islam that unites Muslims under the banner of there is no god but Allah.

Third: The speech of the Head of the Political Committee of Hizb ut Tahrir / Wilayah of Tunisia, Ustaadh Abdel Raouf Al Ameri, in which he clearly separated the truth from falsehood, emphasized that what we are experiencing today is not a political struggle between the parties, but rather a competition between politicians to serve colonialism. He added that “the reason for what we are in is that our matter is not in our hands, let alone decades of foreign interference and the emergence of a political class that rules and commands the order of our colonial enemy.” Rather, “all politicians today are dependent on what the West plans, and this is how I want them to be all together.”

Talk by Ust. Khabib Karbaka’s
Head of The Media Office of Hizb ut Tahrir/ Wilayah Tunisia
During the Rally