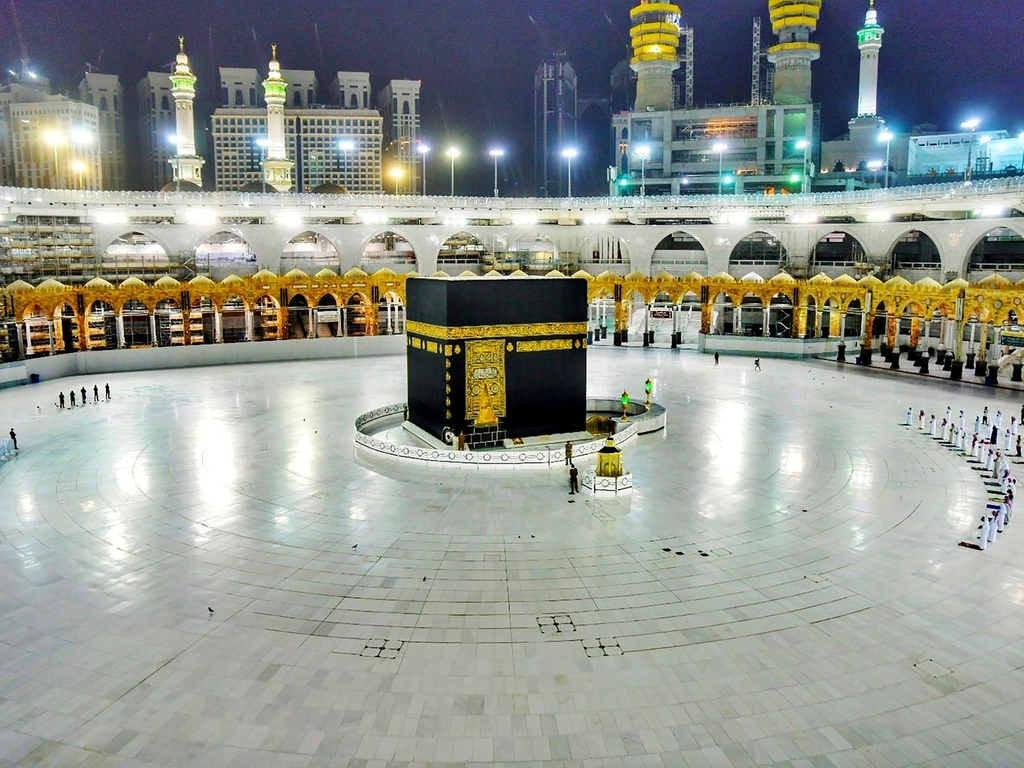 As we enter the blessed month of Dhul-Hijjah we are reminded of the sacrifices of Khalilullah, Ibrahim (as) as he left his baby son and wife in the barren desert between Safa and Marwa.  We remember that years later he and his son Ismail (as) built the Kaa’ba. We recall how Ibrahim (as) stoned the Shaitan and in obedience to Allah (swt) was prepared to sacrifice his son without hesitation.

The first treachery was witnessed when Shareef Hussein and Ibn Saud both allied with the British with the promise of authority over these blessed lands. They conspired against the Ummah and the Deen and helped to destroy the Uthmani Khilafah and thus ended the rule of Allah (swt) on this blessed land. The last century witnessed the loyalty of the Saudi monarchy to the British and then American interests, all the while polluting the blessed land with the implementation of kufr. The treacherous regime allowed US troops to cross these blessed lands to “liberate” Kuwait in 1991 and invade Iraq in 2003.  The criminals then unleashed terror on the people of Yemen, with the war now in its 6th year, leaving the blessed people of Yemen in the worst conditions the lands have ever witnessed.

If this was not enough, the Saudi regime betrayed Allah by permitting vulgar and filthy concerts with Western musicians and dancers corrupting the youth. If this was not enough earlier this month, Vogue Arabia organized a photoshoot involving international supermodels, displaying vulgarity close to the holy city of Madinah.  What can be expected from these traitors who have restricted Hajj for the Ummah, despite the immense wealth and facilities they possess? The self-proclaimed Guardians of the Two Sacred Mosques are unable and unwilling to facilitate the pillar of Islam for more than a handful of local Hujjaj, but they would rather facilitate vulgarity in the name of progress.

O blessed Ummah of the blessed Messenger ﷺ, we witness this treachery on this blessed land and your heart bleeds, yet you remain silent at this treachery.  Remember that Allah has given us a position over other nations, كُنتُمْ خَيْرَ أُمَّةٍ أُخْرِجَتْ لِلنَّاسِ تَأْمُرُونَ بِالْمَعْرُوفِ وَتَنْهَوْنَ عَنِ الْمُنكَرِ وَتُؤْمِنُونَ بِاللَّهِ “You are the best nation produced for mankind. You enjoin what is right and forbid what is wrong and believe in Allah” [Surah Ali Imran:110].

In this blessed month we must fulfill this honor and this duty. Let us fulfill this command and be part of the largest political Islamic party in the world working for the revival of the Deen of Allah through the implementation of the Khilafah, Hizb ut Tahrir. Let us all in the blessed month include among the good deeds for our Akhira, the work for the re-establishment of the Khilafah State. It is only the Khilafah (Caliphate) on the Method of the Prophethood that will cleanse this blessed land from the filth of kufr and liberate it and its people form the traitors who serve the West. It is the Khilafah that will restore the Hajj in the correct way and stop the oppression in the blessed lands of Sham and Yemen.