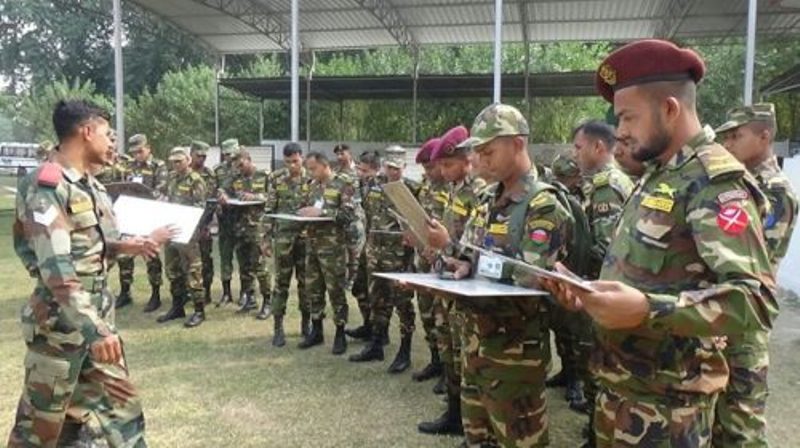 to implement America’s Projects in this Region

U.S. Department of Defense issued a statement on September 11, 2020 on a phone conversation between US Defense Secretary Mark Esper and Bangladesh Prime Minister Sheikh Hasina over defense cooperation and other supports from U.S. on various fronts. Both leaders expressed their commitment to continue building closer bilateral defense relations to advance a shared vision which includes a ‘secure’ Indo-Pacific region. And this so-called shared commitment on regional security is reflected in the speech of the Indian External Affairs Minister Subrahmanyam Jaishankar a few days ago.

On September 7, 2020, the Indian minister said in an online discussion that India has included Bangladesh in its ‘look east’ policy while he was asked about the growing Chinese influence in the region (“India includes Bangladesh in ‘look east’ policy”, New Age, September 9, 2020). So, what is evident is that in the backdrop of the media hype over China’s tightening grip on Bangladesh, the traitorous Hasina regime is surrendering our sovereignty to the mushrik enemy state India through which colonialist America aims to implement its projects in this region, that is, containing China and preventing the emergence of the Khilafah (Caliphate) from Bangladesh and Pakistan.

O Muslims! Our secular rulers are at a loss having no vision to dominate over our enemies with a strong foreign policy, as their political thoughts are far from the Deen of Allah and based on Western Secularism. Their subservient foreign policies have no objective other than to secure their thrones by acting as puppets for America and its South Asian ally, India. They are hiding their slavish policies behind the deceitful statements like “Bangladesh has blood ties with India” or “husband-wife relationship”; these only reveal their wretchedness and visionless leadership.

Dear Muslims! it is time to reject these treacherous leaders who have been putting us to shame for long. Only Islam can make us victorious and bring back the glory that this Ummah rightfully deserve. The imminent Khilafah will emerge as a super-power and set its own agenda to dominate the world. The Khilafah will never let any kafir-mushrik states to use Muslim lands and resources for their heinous war of dominance. The Khilafah’s foreign policy will be founded upon the Shariah and aimed at liberating humanity from the clutches of the oppressors.

“O you who believe! Do not take My enemies and your enemies for friends, offering them love and affection, while they have disbelieved in the truth that has come to you” [Surah Al-Mumtahina:1]