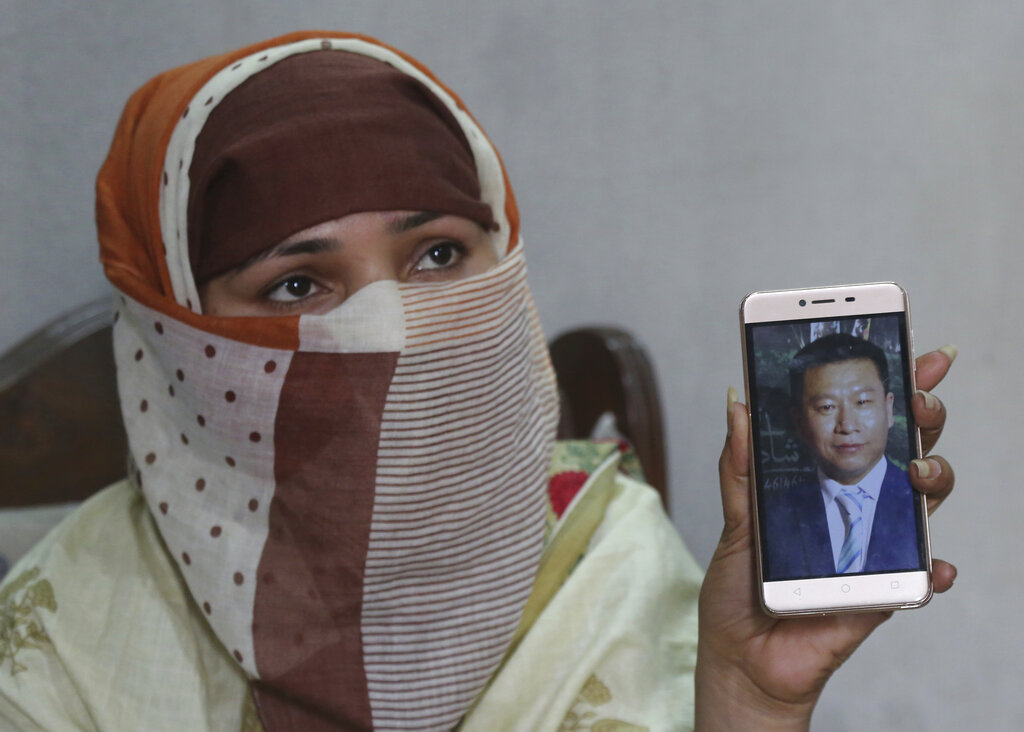 Detik.com on June 23 reported that 29 Indonesian women were became trafficked brides in China. There were 13 women from Sanggau, West Kalimantan, and 16 women from West Java. They were promised to marry a wealthy Chinese man while the women’s family would get sent some money. But in reality, the woman was even exploited and enslaved by her husband and his family in China.

A month earlier on May 2019 BBC released a story about Pakistani brides being trafficked to China. Human rights activist believed at least 700 Pakistani women, mostly Christian, had wed Chinese men in just over a year. What happens to many of these women is unknown but Human Rights Watch says they are “at risk of sexual slavery”, this is also related with their special report on Myanmar case on March 2019. Human right watch reported 1115 total number of Myanmar women trafficked even from government-controlled areas to China as “brides.” No reliable statistics on the total number exist and gathering such statistics accurately is difficult, as many cases are never reported, many trafficked women and girls are never found.

Human trafficking is not indeed a new case; it remains and will always happen as the nature of predatory capitalist system that will consume anything like business commodity. So that’s why dehumanization and women exploitation will continue as long as Capitalism exists. The trafficked bride cases that occurred in many Asian countries (Myanmar, Pakistan, North Korea and Indonesia) are merely a new pattern due to the growing connection between the world and China. Just like the recent speech of China’s vice president, Wang Qishan “China’s development can’t shut out the rest of the world. The world’s development can’t shut out China,” which clearly declares China’s aggressive role in infrastructure development mega projects in various regions of the world, including the Islamic world.

What exactly the relation between China development initiative and human trafficking cases? Obviously they are closely related because the world is increasingly connected with China both from land, air and ocean. A rise cases of bride trafficking from Pakistan to China has come amid an unprecedented influx of tens of thousands of Chinese nationals into the country. China is investing billions of dollars in the China-Pakistan Economic Corridor (CPEC), a network of ports, roads, railways and energy projects.

Cheap transportation and easy infrastructure make Muslim women – the honor of the Ummah – more easily ‘touched’ by the dirty hands of the Eastern capitalists. Muslim lands are increasingly connected with China, as well as connected with their social problems! China’s internal problem is due to the application of one-child policy and industrialization, where the percentage of women in China’s population has fallen steadily since 1987, and the gender gap among men and women ages 15 to 29 is increasing. Researchers estimate that China has 30 to 40 million “missing women,” who should be alive today. This crisis also coupled with the phenomenon of single women in China who are reluctant to get married, as well as the high cost of marrying Chinese women – all of these have raised strong ‘demand’ for foreign brides from overseas China.

All of the complex factors above finally had a terrible impact on the Muslim world. The Ummah are more easily looted and touched. Astaghfirullah! The capitalist hegemony is obviously one package; they loot our natural resources, touch our women, and at the same time weaken our identity as Muslims. This is another harmful effect of China’s Silk Road Initiative.

The lesson learned for the Ummah is how important is it to eliminate the materialistic virus from Muslim families. Only because of  money and the wealthy grooms, their daughters are left to foreigners. This is not true. Islam teaches us how sacred a marriage institution is, and that the purpose of marriage is to worship Allah (swt) not just to pursue material welfare. Islam also guides Muslim women to choose their future husband based on taqwa criteria, because the husband is positioned as qowwam in a family that will educate his wife and children with Islamic Aqeedah.

So, let’s end human trafficking by a new vision! Starting from eliminating injustice and cruelty that occurs to women since the innermost layer; building a strong and healthy society by strengthening family building and social devotion by promoting Islamic values, then actuating a competent state which is able to manage the wealth of the country for the prosperity and welfare of the people; distributing wealth evenly and justly without being dependent and trapped in foreign investment in economic development, and realizing a strong sovereign state – an independent and foremost state that will reject any form of foreign intervention that threatens the country’s sovereignty. All of that can only be brought into reality through the total implementation of the Islamic system under the frame of Islamic state, namely al-Khilafah Rashidah (rightly guided Caliphate).

“Alif, Lam, Ra. [This is] a Book which We have revealed to you, [O Muhammad], that you might bring mankind out of darknesses into the light by permission of their Lord – to the path of the Exalted in Might, the Praiseworthy”