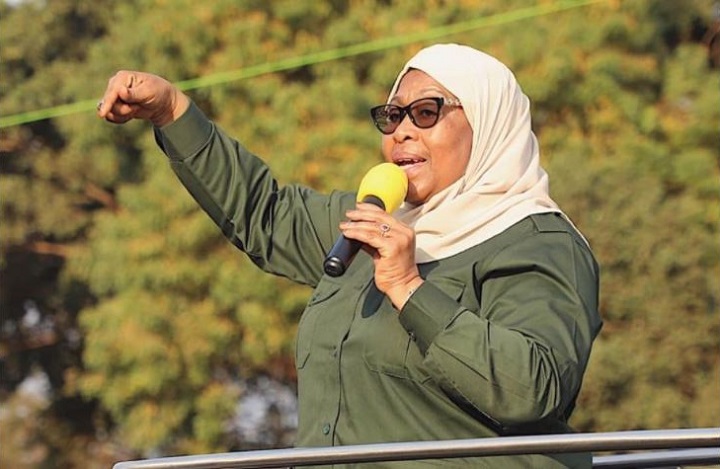 On May 08 May 2022, the President of the United Republic of Tanzania Samia Suluhu Hassan launched the Royal Tour Film at Dar es Salaam, following the initial launch in New York on April 18, Los Angeles on April 21, Arusha on April 28, and Zanzibar on May 07.

Comment:
An official statement from Tanzania government states that the film will lead to tourist investments with a revenue valued USD 5.04 billion which is almost Tsh 12 trillion and will create about 300,000 jobs in the process.

It is inconceivable to think that the film will seriously reduce high unemployment rate in the country which expected to reach 9.30% in 2022, while the government has not provided any tangible employment for about seven years now. According to World Bank data, only 800,000 people enter the labour market every year. It is also very unfortunate that many private firms made redundancy from 2015. Thus, 300,000 jobs which are said to be created are like a tiny drop of water in the ocean.

The film was created with funds from the members of Tanzania National Business Council which consists of public and private sectors within and out of tourist industry amounted Tsh 7 billion, which means the Controller and Auditor General of the public funds (CAG) can not interfere its spending, so the questions arise: is it a public project? If it is, why it didn’t use public funds from the central government from the national budget? The clear answer to that is the project is private that would ultimately benefit the firm that sponsored it, and not the mass as a whole as it was claimed.

It is also a sad scenario that most tourist attractions such as national parks and game reserves are not benefiting members of public to the extent that some were killed by government game officers or forcefully shifted them from their settlements under the pretext of protecting attractions. The same government is busy inviting Western capitalists to exploit more of those natural resources under the name of investments.

During film launching in America, the government signed memorandums of understanding, letters of intent and announcements to initiate negotiations on investment, trade and business relations between American companies and Tanzania. Also, there were announcements for American based companies that have interests and plans to engage in Tanzania economic business which include Astra Energy Crane Currency and Parallel Wireless.

The developing world tends to show the world only one side impacts of tourism not to mention any negativity. In Tanzania context according to UNICEF-Tanzania, Western tourism has resulted into many negative social and cultural impacts related to cultural degradation from the exposure to the Western culture, alcohol consumption, prostitution, drug use as well as many issues of immoralities. (The Impact of tourism on communities and children in Zanzibar, UNICEF-Tanzania 2018). In fact the impacts are even worse.

Tourism under Capitalism in many cases used by administration for embezzlement of public funds and properties, exploitation by the West to developing worlds, a means of spreading social disintegration and immoralities, worldly amusements beguiling people to forget their purpose of life and further more is a distraction from evils and vices caused by Capitalism.

Islam under its Khilafah Rashidah (rightly guided Caliphate) State will allow tourism without engaging at all in privatizing of public properties, plundering public funds or harassing members of public living adjacent to tourist attractions. All Sharia measures would be taken to prevent social vices and immoralities leaving tourism solely as a halal amusement that lead to acknowledging the Creation of Allah (swt).