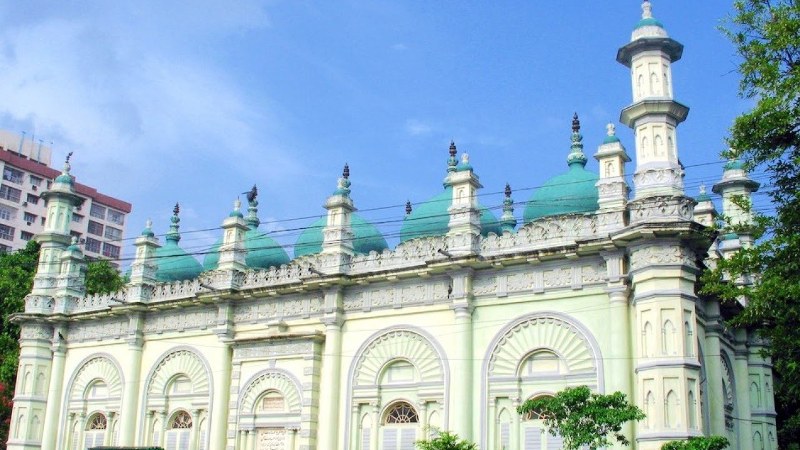 Whenever reviewing books of Islamic history, one finds narrations about heroes of this great Ummah that affirm the saying of RasulAllah ﷺ, «مَثَلُ أُمَّتِي مَثَلُ الْمَطَرِ لَا يُدْرَى أَوَّلُهُ خَيْرٌ أَوْ آخِرُهُ» “My Ummah is like a rain, it is not known if the first of it is good or last of it” (Tirmithi). Goodness has emerged many times since the Prophethood, throughout the Islamic era until today, where the Ummah has faced extreme situations, followed by goodness that had been growing and developing, until the Ummah returned to the level that is befitting for her. This is the position of the best Ummah that is ever to be brought forth for Mankind. One of its many heroes was Tipu Sultan, who was born on November 1750 and martyred on 4th of May 1799. Tipu was the ruler of Mysore, India and is famously known as ‘The Tiger of Mysore.’ He is also known by many other titles, such as ‘Sultan Fateh Ali Khan Saheb,’ ‘Tipu Saheb,’ ‘Sultan Bahadur (Brave) Khan Tipu,’ ‘Fateh Ali Tipu Sultan Bahadur.’ These titles lend to a clear picture of the personality of this man, a personality of the one of valor, warrior and conqueror. These are the actual personality traits of a Muslim leader. Many famous leaders of the Muslims share the same characteristics, such as Khalid Bin Walid (ra), Sultan Muhammed al-Fateh, Muhammed Bin Qasim and so on.

The stance of Tipu Sahib was consistent with the urgent need of the time, may Allah (swt), RasulAllah ﷺ and the believers be pleased with him for that. He found himself in the time when the Ummah was overwhelmed by evil Western powers, at the head of whom was the mother of kufr, Britain. Tipu’s stance was to confront the colonialist Britain which was exploiting the wealth of the Ummah and its goodness in order to plunder and enjoy it. Since the local production of the Indian Subcontinent, a country which was ruled by Islam over centuries, accounted for a quarter of the world’s production, the colonialist Britain salivated over the riches. So Britain conspired against India and utilized various styles of plotting, deception, chaos and acts of war. However, its progress was not as easy as some may believe today. Britain had been continuously propagating its colonialism for more than a century at that time, which is similar to the crusader wars waged by Europe, headed by the Church, against the Middle East. Britain could not achieve its designs on India because of the resistance by the heroes of the Islamic Ummah, one of whom was Tipu Sultan.

There is a clear distinction between ‘the tiger of Mysore’ and the hyena rulers of today. It is enough for him to read the brief letter written by Sultan to the ruler of Hyderabad, Nizam Ali Khan, in which Tipu Sultan sought for him to unify with him in confronting the colonialist Englishmen. He wrote, “I want you to be powerful and dominant for Muslims in India and I wish to sacrifice my soul and wealth in the way of Allah and in the way of Islam. My greatest concern is to integrate the unity of Muslims and so Muslims must help me in this without backing Kuffar.” It is clear from this letter that he was a ruler and army commander whose concern was Islam and Muslims. He was concerned about the affairs of the Muslims and his purpose was to unify them under Islam. This personality is not like the personalities of our current rulers and military commanders, who ally with the West and do not demonstrate any conflict or opposition with the West. Islam disassociates from them and they disassociate themselves from Islam. They do not rule by Islam, instead waging war against those who work to bring its rule. They venerate flags of division and borders of their countries which were drawn by those who are enemies of the Ummah. These enemies installed them on thrones, such that the Ummah has been divided into more than fifty states, dividing its power and strength. Allah (swt) has described the type of personality of the leader mujahid, ‘The tiger of Mysore,’ in His (swt) saying,مِنَ الْمُؤْمِنِينَ رِجَالٌ صَدَقُوا مَا عَاهَدُوا اللَّهَ عَلَيْهِ فَمِنْهُمْ مَنْ قَضَى نَحْبَهُ وَمِنْهُمْ مَنْ يَنْتَظِرُ وَمَا بَدَّلُوا تَبْدِيلًا “Among the believers are men true to what they promised Allah. Among them is he who has fulfilled his vow [to the death], and among them is he who awaits [his chance]. And they did not alter [the terms of their commitment] by any alteration.” [Surah al-Ahzab 33: 23].

The strength of any nation lies in its thoughts and the strength of any state lies in the thought it carries and the personalities who rule and implement based on this thought. Thus, if there is weakness in understanding the thought upon which the Ummah is based, the state becomes burdened by men who are not pious and pure. Hence weakness (wahn), betrayal and treachery would become prominent in the state and within its ranks. This was what happened in the state of Tipu Sultan, when he allowed some traitors, like his minister, Mir Sadiq, into his cabinet, who was once expelled by his father from ruling. There are some rulers in India who are known to have collaborated with the cunning occupiers, such as Nizam Ali Khan. He was the ruler of Hyderabad and was immersed in a polluted political environment, indulging in prohibited things. Had the confrontation remained between Tipu Sultan and the Englishmen alone, Tipu would have been able to overwhelm them. Tipu had prepared well for the battle and when the Englishmen reached Srirangapatinam (Seringapatam) and started to wage war against the armies of Tipu, they realized defeating Tipu was far from easy. Tipu had arranged such a formidable army that it could not be fought. So instead, the Englishmen besieged Srirangapatinam and remaining there for twenty days, until they ran out of all their supplies, with their starving soldiers wanting to retreat. At that time, some of the commanders proposed that Tipu launch an assault against the English soldiers, however, he rejected the proposal as it was based on deceit.

After few days, English Armies, Nizam and Murhita marched to the castle of Srirangapattinam again and they launched a formidable assault. The fighting was very intense and lengthy such that the enemies realized that Tipu Sultan had very powerful forces that could not be defeated except with a long decisive battle, with great loss of wealth and lives. However one of the commanders of Tipu betrayed him and joined with the English and his other enemies. So Tipu resorted to take refuge in the castle. This happened at a time when the political atmosphere in various Muslim countries of the Islamic Ummah was such that there were many agents of West, as well as those smitten by the Western culture. So the West was able to install rulers one after another in that atmosphere. This was how they secured their leadership against the Islamic Ummah. Had there been clear separation between the Ummah and the West, the Ummah would have been successful against the West. Despite the absence of unity under the banner of Tawheed, the impediment of the Ummah that confounds her in her war with the West, are the rulers and the political atmosphere of the Western agents.

The real heroes and leaders do not die the death of hyenas and sheep, they die on the battlefield. They do not accept to die in nursing homes or whilst basking in the wealth of the Ummah in the Western countries, as many generals of the military leadership in the Islamic world do today. In stark contrast is our hero Tipu. When he was besieged by the English army in the castle in which he was stationed, he saw an army advancing towards him. So he defiantly attacked them and killed two or three of them, before he was shot in the face and martyred in the path of Islam.

As for those who have concern for the Ummah, such concern will not die after their death. It is extended by leaving the bequest to those are after them, so that they follow their footsteps and keep the Ummah protected and immune from its enemies. He advises them of what he sees to reach the objective. The martyrdom of the ‘Tiger of Mysore’ was almost tantamount to the end of Muslim rule in India as a whole. Tipu had sought to avert that with his advice to work to prevent the elimination of Islam in India. Tipu advised the imperative of the unification of Muslims in their affairs and fighting to raise the Word of Allah as the highest on the earth. He wrote a letter to Muhammed Beik Hamdani, in which he said, “It is a duty upon Muslims to be united at this time, against the armies of Kuffar and polytheists. They must fight in the Way of Allah with their wealth and souls until Deen only belongs to Allah. The Delhi Sultanate has collapsed, its strength and splendor has gone. If Muslims were united in fighting in the Way of Allah, the Muslims would not regret for what they did in front of Allah (swt) and RasulAllah ﷺ on the Day of judgement”. Sultan Tipu, may Allah (swt) have mercy on him, knew that in an era where enemies were overwhelming, the mandatory response is with force and jihad, not surrender or signing humiliating treaty with them, as the current rulers and military commander do in our day. Our rulers wish to have peace with the Jewish entity, extend their hands for peace with the Hindu state and strive to facilitate peace talks between the Afghan Mujahideen and the head of kufr today, the crusading America. Indeed, these politicians and leaders do not resemble the Sultans who ruled the Muslim lands in the least and are not even worthy of their names, let alone their titles.

We must take lessons from our great history. The example of Tipu Sultan must be the model for all of us, including the military leaders in the Muslim world. We must not be of those who take crusader leaders as their models, to learn from their teachings. The military leaders must work according to their leader Tipu Sultan, which is to unify the Ummah on the Word of Tawheed and fight in the Way of Allah (swt) to make the Word of Allah (swt) highest, whilst making the words of America, Jews, Hindus and the crusader alliance lowest. The unity of Muslims upon the word of Tawheed and their fighting in the Way of Allah (swt) will never happen under the agent rulers of the West, such as our rulers today. It is not possible except under the Khilafah Rashida, whose return was foretold by RasulAllah ﷺ fourteen hundred years before. Hence, the military leaders in the Islamic world, particularly those who are in Pakistan, should uproot the current secular system in the Islamic Lands and give Nussrah to Hizb ut Tahrir in order to be loyal to Tipu Sultan and act on his advice. Allah (swt) said, فَسَتَذْكُرُونَ مَا أَقُولُ لَكُمْ وَأُفَوِّضُ أَمْرِي إِلَى اللَّهِ إِنَّ اللَّهَ بَصِيرٌ بِالْعِبَادِ “And you will remember what I [now] say to you, and I entrust my affair to Allah. Indeed, Allah is Seeing of [His] servants.” [Surah Al-Ghafir: 44]