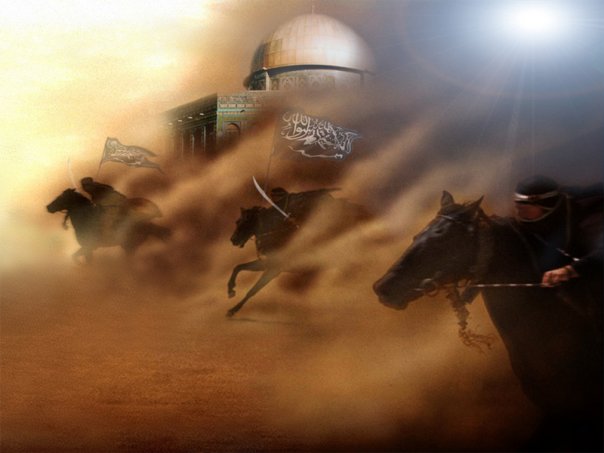 Recently there have been numerous moves, statements and political actions related to the issue of Palestine, and conspiracies have increased in intensity and malice, led by the head of criminality America. It used for that the Jewish entity, its tools of the rulers of the region, the intelligence services, some politicians, writers and media, some organizations and academics and the devils of the Jinn and mankind, aiming to erase the word “liberation” from the dictionary of the people of Palestine and the Muslim in general, and to liquidate the issue of Palestine for the benefit of the occupying Jewish entity.

The conspirators focused on the submissive solutions under various names, such as the two-state solution, the one-state solution, regional peace and the deal of the century; all of which are aimed at abolishing the concept of liberation from the minds of Muslims and exempting the armies of the Ummah from their duty to liberate Palestine and its people and their holy places, and at focusing the “treacherous” concept of peace to install the Jewish entity on most of Palestine in exchange for something of governance on part of Palestine or on some of its people.

The enemies, the conspirators, the agents and those submissive to the Jewish entity have made use of all their tools to put pressure on the people of Palestine to subjugate them and pass their malicious schemes and to achieve the alleged peace with the usurper of Palestine and install it, making it a natural entity in the region rather than treating it as a malignant cancerous entity that must be eradicated by the liberation armies that chant Takbeer and Tahleel to relieve the world of its evils and restore the whole of Palestine to the authority of Islam and Muslims.

Even the reconciliation between Fatah and Hamas, America wanted it through its agent Al-Sisi to be an additional step to install the Jewish entity and to complete the disastrous peace project.

Jason Greenblatt, the White House Special Representative for International negotiations, said on Tuesday, 10/10/2017, that “The developments in the Palestinian reconciliation are fully consistent with our vision and the American agenda, which wants the Palestinians to come to the negotiating table as one body that speaks on behalf of the entire population, not just as an authority that does not represent the Palestinians in Gaza.”

O people of Palestine, and O sons of the factions and organizations: The conspiracy is great and the calamity is grave, and Palestine can only be liberated by holding firm to the strong rope of Allah and seeking victory from the Islamic Ummah and its armies to liberate it fully. This is what Islam made obligatory on you. And beware of America and its agents for they are our enemies and they are the guardians of the Jewish entity:

“O you who have believed, do not take the Jews and the Christians as allies. They are [in fact] allies of one another. And whoever is an ally to them among you – then indeed, he is [one] of them. Indeed, Allah guides not the wrongdoing people. So you see those in whose hearts is disease hastening into [association with] them, saying, “We are afraid a misfortune may strike us.” But perhaps Allah will bring conquest or a decision from Him, and they will become, over what they have been concealing within themselves, regretful.”

“And do not incline toward those who do wrong, lest you be touched by the Fire, and you would not have other than Allah any protectors; then you would not be helped.”

To this good, we call upon you O Muslims. We invite you to carry Islam and to disassociate from the Kuffar and their agents, and to seek the victory of the Islamic Ummah and its armies for the establishment of the Khilafah Rashidah (righteous Caliphate) on the method of the Prophethood and for the liberation of the blessed land and all the occupied Muslims lands. And trust in Allah Al-Qawi (All Strong) Al-Aziz (All Powerful), who is in His hand all the good and the victory. He honours whom He wills and He humbles whom He wills. Indeed, He is over all things competent.

“Indeed in that is a reminder for whoever has a heart or who listens while he is present [in mind].”