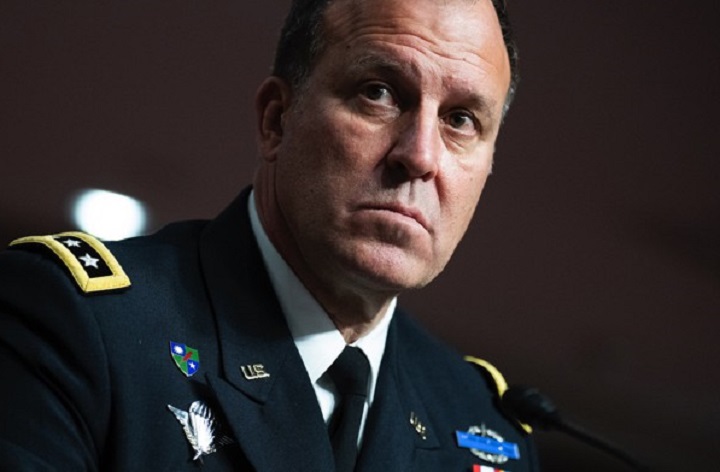 This, then, is Pakistan’s current military leadership. It has orchestrated a prolonged political crisis, manipulating both the political medium and judiciary, even whilst asking our armed forces to maintain their distance from politics. Paralyzed by internal chaos, Pakistan has been left wide open to economic ruin at the hands of the IMF, as well as mounting threats against our internal security from India, whilst Modi consolidates his brutal hold on Occupied Kashmir, undisturbed. With complete disregard for US drones spying on sensitive military assets beneath “the Boulevard” air corridor, Pakistan’s military leadership has facilitated a crucial air strike for US President, Joe Biden, to boost his profile, as he faces tough mid-term elections. And thus Pakistan’s military leadership has sided with the colonialists, against us and our armed forces.

“Those who take disbelievers for allies instead of believers, do they seek power with them? Verily, then to Allah belongs all power.” [TMQ Surah An-Nisa’a 4:139].

So let those who love Allah (swt) and His Messenger (saw) raise their voices for the re-establishment of the Khilafah Rashidah in Pakistan!

From the time of General Musharraf until this very day, have you not seen enough treachery from your leadership, for you to move for change now? Did you not see enough treachery in the time of General Kiyani, when the military leadership opened our skies for the American attack on Abbotabad, for you to have moved then? Have you not yet seen enough of treachery from the current military leadership, for you to move now, immediately? Fear Allah (swt) alone and move now, trading your souls for the eternal bliss of Jannah in the Aakhira. Move now and grant your Nussrah for the re-establishment of the Khilafah (Caliphate) on the Method of the Prophethood. Move now and ensure that your good people are ruled by the Noble Quran and the Prophetic Sunnah. Move now so that your people have rulers who love them, joining their days with their nights in caring guardianship. Move now so that you finally have a military leadership that precedes you on the battlefield, in both victory and martyrdom. Hizb ut Tahrir calls for you to move with it now, so, for the pleasure of Allah (swt), move!