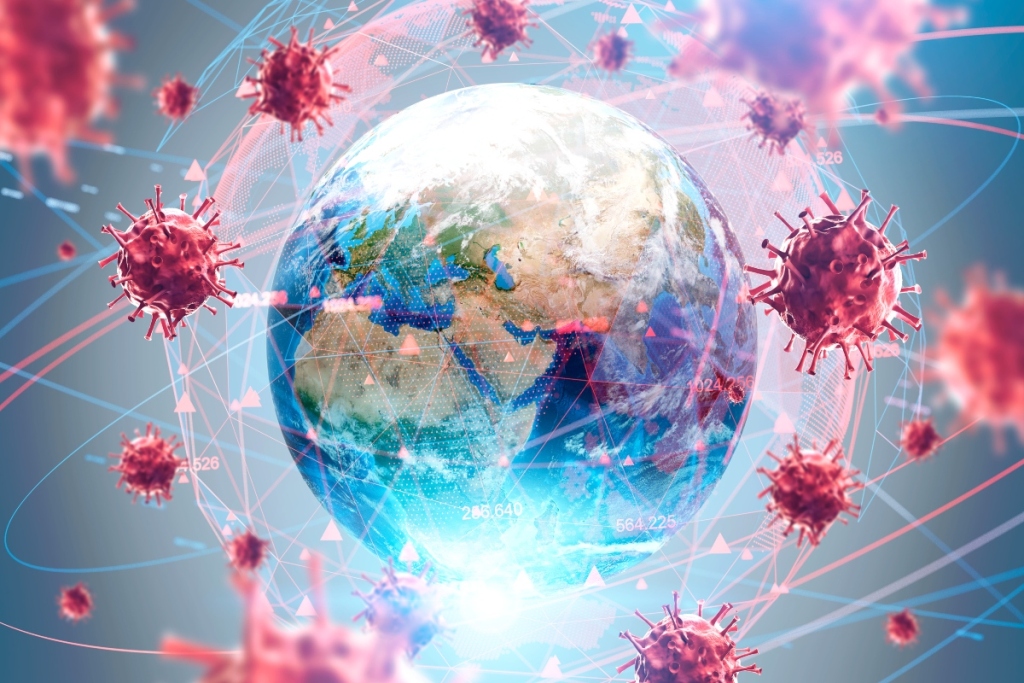 We are now weeks into the coronavirus pandemic and with much of the world in lockdown. One aspect which had been glaringly missing is global leadership by the global superpower. America’s absence has been so notable that some have called the US leadership to be in decline, others called it knock, knock, who’s there? The vacuum at the top of the global league of nations forced US veteran Henry Kissinger to proclaim calamity if the US didn’t lead from the front. The lack of leadership by the US is not new and it confirms a trend that has been taking shape for some time about America’s inability to solve global problems.

At the turn of the 21st century, the US was the uncontested global power by far. The Communist threat was history and US policy makers were thinking about how they would make the 21st century another American century. The neocons had surrounded themselves around George W Bush and came to dominate the US administration. Despite American full spectrum dominance in political ideas, economic wealth, technological edge and soft power the neocons saw US power through the one-dimensional lens of its military. The events of 9/11 were used as a pretext to expand America’s military footprint and regime change of unfavourable regimes become America’s grand strategy. Despite the fact the US possessed a multitude of tools which could achieve the same ends. The US criticised the other UN permanent members when they tried to intervene in the Iraq war, the US even criticised international treaties that it originally established for getting in its way. The world got the real flavour of US leadership when Guantanamo Bay, Abu Ghraib, extraordinary renditions and torture were openly taking place.

Iraq, Afghanistan, Syria, Sudan and Venezuela have seen a complete failure of America shaping a suitable outcome. Whilst the US has adapted and is trying to navigate around such issues its leadership of these issues and shaping the actions of others is waning. In these circumstances, Donald Trump emerged as the US president and his impulsive style of leadership has seen him contradicting himself again and again. Where the US needed strong and clear leadership with the articulation of its values, we have seen the US president criticise its allies more than its enemies. We have seen the US president begin trade wars with his own allies and undermine the very global liberal order it forced others to adopt.

On the coronavirus pandemic US leadership under Captain Trump has been a complete mess and is best described as follows. There was a virus but it’s in a totally different area. The virus is in this ocean, but it will melt very soon. There is a virus, but we didn’t find the virus. We hit the virus, but the damage will be repaired very shortly. The virus is a Chinese virus. We are taking a hit but everyone who wants a vaccine can get a vaccine. They are beautiful vaccines. Look, people need to ask nicely for the vaccines if they want them. We don’t have any vaccines. We are not the distributors. People should have planned for and brought their own vaccines. I really don’t think we need the vaccines. We have vaccines and they’re supposed to be our vaccines. The vaccines were left on shore by the last captain of the ship. Nobody could have foreseen the virus.

America’s lost president and lack of leadership on the most critical issue facing the world today presents huge opportunity for a nation such as China to undermine the US and build itself as the new leader. China has been sending medical equipment to affected nations but what would be real effective leadership is for China to invite the world’s leaders to Beijing and agree a global response with China underwriting it. Beijing 2020 would propel China to the top of the global league of nations and undermine America. Its liberal order, it institutions as well as its global currency. China is most likely not confident enough to undertake such a radical course, it also lacks the global aspirations to also do this and lacks any ideals or values for the worlds people to see as alternatives and worth signing up to. Whilst China has economic wealth, a rising military and growing political clout, it lacks the values and global outlook, currently, which is necessary to take on this role.

What this shows us is that the US global order and leadership is on a declining trajectory and awaits anyone with an alternative to take the position. Countries such as Russia and China may make a lot of noise, but the reality is they shout louder than they are capable. The Ummah of Muhammad ﷺ have the resources and capabilities, but has rulers who are happier being lackeys for the declining US.

The coronavirus pandemic and the upcoming economic slump has confirmed the world needs a new order, it’s now the time for this new order to take it position.