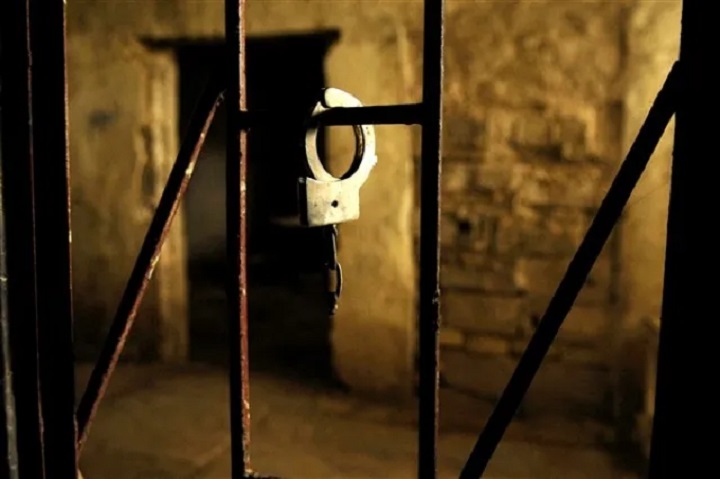 On June 9, 2021, the FSB department for the Chuvash Republic and the Udmurt Republic reported on the arrest of Rustem Salimzyanov. The place where Salimzyanov was detained is not specified. It is known that in 2017, he lived in the city of Kanash (Chuvashia). For the official media, the department called the detainee “The leader of the regional cell” of the Islamic party “Hizb ut Tahrir”.

This is not the first time that the Russian repressive machine has subjected Salimzyanov to criminal prosecution for his participation in the activities of the political party Hizb ut Tahrir. In September 2007, he was convicted on a false charge of incitement to hatred and enmity on religious grounds and participation in the activities of an extremist organization. Then the Russian judicial system unreasonably condemned him under clause “c” of part 2 of Article 282 and part 2 of Article 282.2 of the Criminal Code of the Russian Federation and sentenced him to 4.5 years in prison. In such trials, as usual, the entire accusation is based on the false testimony of a secret witness who is forced by the Russian special services to slander the accused through threats or blackmail. That is why on September 22, 2020, the European Court of Human Rights (ECHR), in its judgment in the case of Vasiliev and Others v. Russia, considered it a violation that Salimzyanov was convicted under Article 282 of the Criminal Code of the Russian Federation only on the basis of testimony from anonymous false witnesses.

After his release, the Russian repressive system did not leave him alone, and in 2017 Rustem was again convicted under Part 1 of Article 282 of the Criminal Code of the Russian Federation on a false charge of inciting hatred on religious grounds for posting on Facebook to three years in prison.

And then again, after serving 3 years, Brother Rustem was on the outside only 3 months and again ended up in prison. There is no doubt that the FSB will fabricate a criminal case against him, and the Russian courts will confirm this lie and sentence him to a long term in prison.

Recall that Hizb ut Tahrir was recognized in Russia as a terrorist organization back in 2003, and this was preceded by the fact that party members were subjected to severe repression and terror by Islam Karimov in Uzbekistan and his courts and special services. Torture and murder in the prisons of the tyrant against members of Hizb crossed all borders. As a result, many of the oppressed began to leave Uzbekistan for Russia. Then Putin and Islam Karimov agreed to extradite the escaped Uzbeks, and to deport them easier and “more lawfully”, and a decision was made to ban the Hizb in Russia, since before that, there were no grounds for the detention and deportation of Uzbeks to Uzbekistan at the request of the SNB.

Then a closed secret court session of the Supreme Court of Russia took place, where, in addition to the judge who made the decision, there were only the FSB general director, the Minister of the Interior, the prosecutor general, and representatives of the Ministry of Justice. At the same time, another 14 Islamic parties and movements were banned by the same decision. And there was not a single representative of these parties, and no one could say anything in their defense. And the decision itself was published only in 2006, after human rights activists repeatedly pointed out the illegality of the application of the law or the decision that was not published, i.e. unknown to people. And since 2003, according to this decision, dozens of Muslims have been arrested, tried and imprisoned.

By the decision of the Supreme Court of Russia dated 02.14.2003, the political party “Hizb-ut-Tahrir” is recognized as a terrorist organization. Despite all the absurdity, groundlessness and illegality of this decision, since 2003 the members of this organization have been subjected to repressions. Kasymakhunov and his wife Drozdova were the first in Russia to be convicted of this delusional decision. Due to the fact that the FSB officers could not find corpus delicti in their activities, they were charged under Article 210 of the Criminal Code of the Russian Federation “organizing (participating in) the activities of a criminal community”. The court did not understand the question: What is the crime of this organization and specifically of these accused? What crimes have this organization and these accused committed, if this organization is criminal? If the court began to investigate, it would be forced to acquit the accused and the organization itself.

“There is no corpus delicti, but according to the decision of the RF of the Supreme Court, this organization is recognized as “terrorist”, I can’t do anything about it”. As a result, Kasymakhunov was sentenced to 8 years in prison, and his wife to 4.5 years.

Since then, hundreds of people have passed through the millstones of the special services, but at the moment in Russia more than 300 people are in captivity on charges related to Hizb ut Tahrir.

Russia is fighting Islam, fearing to openly declare it, hiding behind the slogan “fight against extremism and terrorism,” while terrorizing Muslims for their belief in Islam and their perseverance in it and calling for it. Carrying the call to Islam is considered “incitement to hatred, enmity and discord against non-Muslims”. It incites hatred and fear of Islam, accusing Islam and Muslims of extremism and terrorism, presenting Islam and Muslims, and especially the Khilafah (Caliphate), as a source of danger to humanity.

The accusation of terrorism against the bearers of the Islamic call is nothing more than an admission of their weakness before the truth and those whose only weapon is the word. We ask Allah for patience for those unjustly arrested and convicted, as well as their relatives and friends, as well as their speedy release from captivity. The Russian regime will continue its crimes until Allah prevents them, and very soon the day will come when all crimes will have to be answered.

The executioners in the person of the courts, the prosecutor’s office, the FSB, the Ministry of Internal Affairs, and the penal system are themselves criminals, and will undoubtedly be questioned before Allah for their actions even if after a while.

“Those who persecute the believing men and women and then do not repent will certainly suffer the punishment of Hell and the torment of burning” [85:10]. Also Allah Almighty said:

“Surely the disbelievers spend their wealth to hinder others from the Path of Allah. They will continue to spend to the point of regret. Then they will be defeated and the disbelievers will be driven into Hell” [8:36].