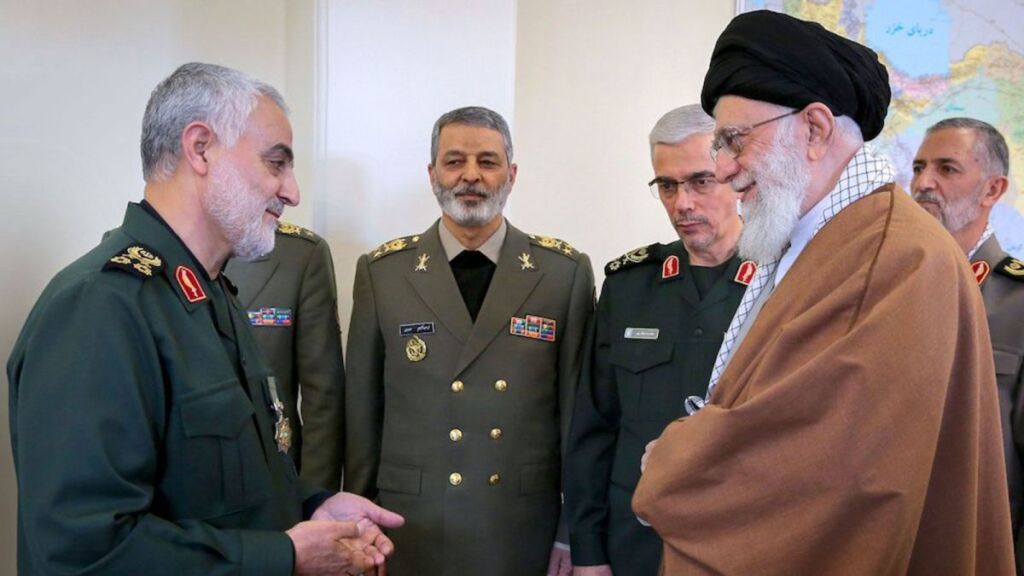 On January 2, 2020, two important events happened; the first one is related to Northern Africa and the second one is related to the Middle East. First, President Erdoğan requested the mandate from the Grand National Assembly of Turkey (GNAT) for sending troops to Libya upon the “invitation” of Libya’s Government of National Accord. It passed the parliament with 325 affirmative votes against 184 rejection votes.

In the text of the mandate sent to the GNAT from the Presidency, it was especially mentioned that the members of the United Nations must cut the relations with the other parallel organization in Libya (The Hafter – Libyan Covenant Army) except the Government of National Accord.

“The Libya’s Government of National Accord has asked Turkey for military support to combat threats toward Libya’s territorial integrity and stability that could affect the whole region in the form of DAESH, al-Qaida and other terrorist organizations or illegal armed groups as well as illegal migration and human trafficking” was mentioned in the mandate as the reason for sending the Turkish forces to Libya.

According to the UN and Turkey, the parallel organization in Libya is Hafter. Since the USA is working with Hafter in Libya, it was expected that President Erdoğan would say to President Trump to “cut and end his relations with Hafter”, which did not happen. Just after the mandate passed the parliament, President Erdoğan had a telephone conversation with the President of the USA. It was announced that the regional situations, especially the recent ones in Libya and Syria, were discussed in the conversation. Erdoğan told Trump that they are following the actions targeting the American security units in Iraq with concern and sadness, and he expressed his satisfaction with the end of the actions against the US Embassy.

From here we understand that the Libyan Mandate was issued on request of the USA, not despite of the USA. Although the Turkish public views the issue in a way that lacks political foresight, this is the case. As previously Turkey passed the Syrian mandate to enter to Jarablus with the Operation Euphrates Shield in 2016 with the justification of combating against ISIS and with the request of the USA. That is, there are common points between the Syrian Mandate and the Libyan Mandate. After the Operation Euphrates Shield, Aleppo was handed over to the Syrian Regime.

Also in early 2018, Turkey entered Idlib with Operation Olive Branch, as if despite the United States and thanks to the unforesighted commanders of the groups, to fight against the PYD/YPG, which – like Hafter – were working for the United States. Nothing happened to the USA fed YPG, but the damage was done to the people of Idlib. The Turkish observation posts surrounded Idlib and also, the groups were doomed to Idlib with the Sochi Memorandum.

Hence, Turkey will make the same efforts in Libya as it did in Syria for the USA, and it is doing it with the request of the USA, not despite the USA. Turkey is deceiving and cheating the public and the Muslims in this way. The USA is using Turkey as a lever in the field for its interests in Libya as it did in Syria. Just like it used Iran in Afghanistan, Iraq and Syria.

Yes, the U.S. utilizes countries and rulers, wipes them out whenever it is in their interests, takes them down sometimes with a coup, and sometimes just kills them. Here, the second important situation related to the Middle East is that Qassem Soleimani, the General of the Iranian Revolutionary Forces, was killed by the USA. Iran had helped the American invasion in Afghanistan yesterday, and had fought in Iraq as a partner of the United States in the same way. Today, in Syria, it killed hundreds of thousands of the Muslims again for the interests of the USA. Yesterday, the former President Ahmadinejad confessed that, and today, the Foreign Minister Javad Zarif openly admits it.

Here, today, the USA assassinated the most “reputable” commander of Iran, Qassem Soleimani – who massacred in Iraq and Syria under the protection of the USA. Soleimani died in vain after serving for the American interests by spilling Muslim blood for 20 years. Trump will utilize this assassination as an opportunity to win the upcoming US elections.

Unfortunately, the end of those who serve the USA is always the same, no matter how obedient they are and how long they serve; they are being used and thrown away. As in the case of Qassem Soleimani, it is a pity that the rulers don’t draw a lesson from it.