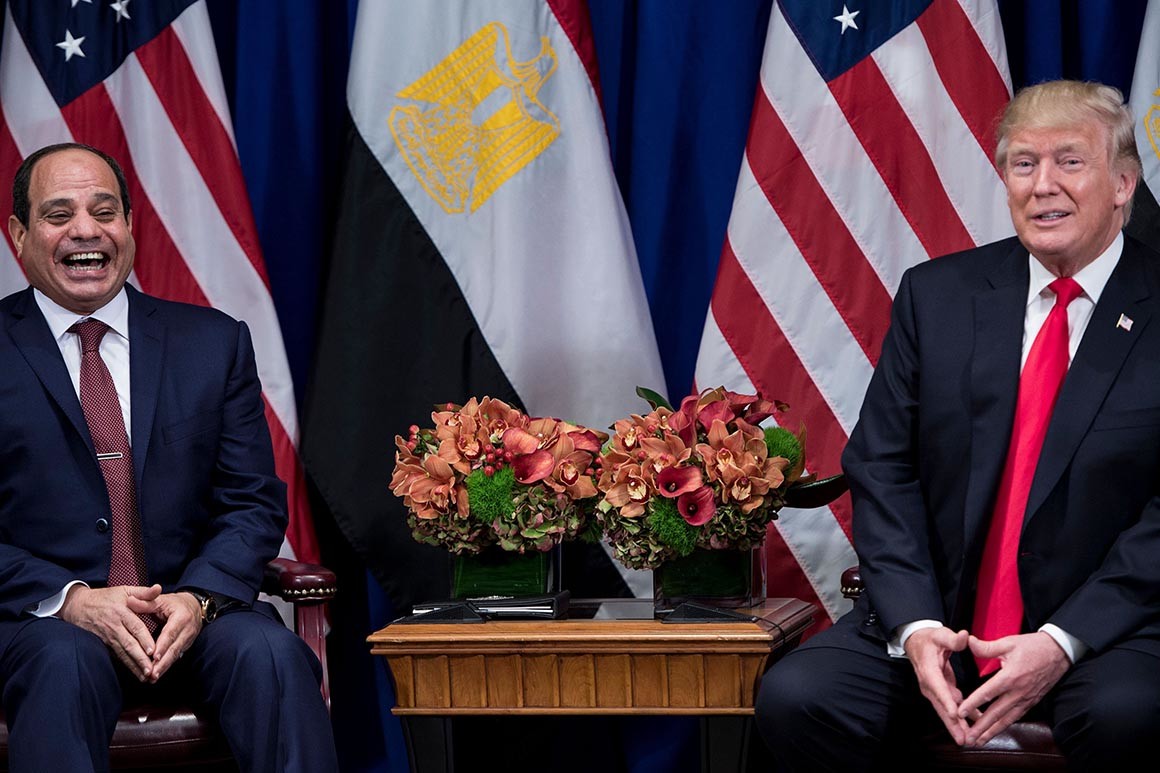 “Those in Sin Used to Laugh at Those Who Believed”

Imam Bukhari rahimahullah says: Muhamad bin Al-Muthanna said, Yahya said, from Ismai’eel, Qais reported from Khabbab bin Al-Arat who said: We complained to Allah’s Messenger ﷺ (of the persecution inflicted on us by the infidels) while he was sitting in the shade of the Ka`ba, leaning over his Burd (i.e. covering sheet). We said to him, “Would you seek help for us? Would you pray to Allah for us?” He said,«كان الرجلُ في من قبلكم يُحفَرُ له في الأرض، فيُجعل فيه، فيُجاء بالمنشار، فيُوضَع على رأسِه، فيُشقُّ باثنتين، وما يصدُّه ذلك عن دينِه، ويُمشَط بأمشاطِ الحديد ما دون لحمِه من عَظْم أو عصَب، وما يصدُّه ذلك عن دينِه، والله ليُتمنَّ هذا الأمرَ حتى يسيرَ الراكبُ من صنعاء إلى حضرموت لا يخاف إلا اللهَ أو الذئبَ على غنمِه، ولكنكم تستعجلون» “Among the nations before you a (believing) man would be put in a ditch that was dug for him, and a saw would be put over his head and he would be cut into two pieces; yet that (torture) would not make him give up his religion. His body would be combed with iron combs that would remove his flesh from the bones and nerves, yet that would not make him abandon his religion. By Allah, this religion (i.e. Islam) will prevail till a traveler from Sana (in Yemen) to Hadrarmaut will fear none but Allah, or a wolf as regards his sheep, but you (people) are hasty.”

This Hadith was mentioned by Mubarakpuri in the book of Seerah: Al-Raheeq Al-Makhroum, The Sealed Nectar, under the title “Factors Inspiring Patience and Perseverance” in the section: Glad Tidings of Success. He mentioned: Glad tidings of better prospects for Islam and the Muslims were not confined to Muhammad’s followers; in fact they were being disclosed time and again to both believers and disbelievers. Whenever Al-Aswad bin Al-Muttalib and his friends saw the companions of the Messenger ﷺ, they would jeer at them and mockingly say, “Here are the sovereigns of earth who will defeat Chosroes and Caesar.”

Indeed, the situation of the companions of the Prophet during the period of the Da’wah in Makkah before the establishment of the State of Islam resembles the situation we are in: vulnerable, insulted, humiliated, no helper and no support on Earth to protect Islam and its people. These are, however, glad tidings that reassure the hearts of the inevitability of victory. The condition of Al-Aswad and his peers is the same as the coercive regimes in the Muslim lands, where the media outlets harness and spend money to fight the Da’wah carriers and create public opinion against Islam in general and its political project of establishing the Caliphate State in particular.

The eternal struggle between truth and falsehood proceeds with the steadfastness of the people of truth and the arrogance of falsehood and its people; arrogance that uses mockery and cynicism as a way to confront intellectual conflict, and oppression and distress as a way to confront the political struggle. Pharaoh has long been a model of the arrogance and elevation of falsehood. Here he faces the call of monotheism on the tongue of our Prophet Musa with mockery and denial:قَالَ أَلَمْ نُرَبِّكَ فِينَا وَلِيداً وَلَبِثْتَ فِينَا مِنْ عُمُرِكَ سِنِينَ * وَفَعَلْتَ فَعْلَتَكَ الَّتِي فَعَلْتَ وَأَنتَ مِنَ الْكَافِرِينَ “Pharaoh] said, “Did we not raise you among us as a child, and you remained among us for years of your life? * And [then] you did your deed which you did, and you were of the ungrateful.”” [Al-Shu’araa’:18-19]

He continued to ridicule at times and to deny at other times, “he said, what [and who] is the Lord of the worlds?” With this dialectical mentality, Abu Jahl confronted the message of Islam. Al-Hakim narrated in his Sahih that Abu Jahl said to the Prophet ﷺ: “We do not deny you, but we deny what you have come with, so Allah (swt) revealed: فَإِنَّهُمْ لَا يُكَذِّبُونَكَ وَلَكِنَّ الظَّالِمِينَ بِآَيَاتِ اللَّهِ يَجْحَدُونَ “And indeed, they do not call you untruthful, but it is the verses of Allah that the wrongdoers reject.” [Al-An’am: 33] And in a narration for Ibn Abu Hatim, Abu Jahl says: “by Allah, I know he is a Prophet, but since when were we followers of Bani Abd Manaf?!”

Our Prophet Nuh also faced this denial and disbelief: وَیَصنَعُ ٱلفُلكَ وَكُلَّمَا مَرَّ عَلَیهِ مَلَأ مِّن قَومِهِۦ سَخِرُوا مِنهُ قَالَ إِن تَسخَرُوا مِنَّا فَإِنَّا نَسخَرُ مِنكُم كَمَا تَسخَرُونَ “And whenever an assembly of the eminent of his people passed by him, they ridiculed him. He said, “If you ridicule us, then we will ridicule you just as you ridicule.” (Hud: 38) Ibn Ishaq said: “they used to mock and say: you have become a carpenter after prophethood”.

Every Prophet and carrier of the call of truth has encountered denial, as this has been the habit of the people of falsehood since creation:يَا حَسْرَةً عَلَى الْعِبَادِ مَا يَأْتِيهِم مِّن رَّسُولٍ إِلاَّ كَانُوا بِهِ يَسْتَهْزِئُون “How regretful for the servants. There did not come to them any messenger except that they used to ridicule him.” [Yaseen:30] Ibn Kathir said: “i.e. deny and mock him, and disbelieve in what he has been sent.”

The more the Da’wah strengthens and its people are steadfast upon it, the more intense the denial. The people of Haq (truth) know that the oppressors’ denial, attack and mockery are only a trial and test for their steadfastness upon the oath that they made to Allah (swt), so mockery does not affect them; rather, their response is that of the response of Nuh (alayhissalam):قَالَ إِن تَسخَرُوا مِنَّا فَإِنَّا نَسخَرُ مِنكُم كَمَا تَسخَرُونَ  “He said, “If you ridicule us, then we will ridicule you just as you ridicule.”” [Hud: 38]

Confident that Allah (swt) is their support, and that the disbelievers have no support, keeping the saying of Allah (swt) in their mind: وَلَقَدِ ٱستُهزِئَ بِرُسُل مِّن قَبلِكَ فَحَاقَ بِٱلَّذِینَ سَخِرُوا مِنهُم مَّا كَانُوا بِهِ یَستَهزِءُونَ “And already were messengers ridiculed before you, but those who mocked them were enveloped by that which they used to ridicule.” [Al-An’am: 10]

They are confident that the increase in harm will not prevent victory. Abu Jaafar said: The Almighty speaks to the Prophet Muhammad ﷺ in regards to His promise of punishment to those who mock him, the punishment of what is inflicted on them because of their mockery of him, and their disregard to the Might of Allah: do not worry, O Muhammad, what you face from those mockers, those who belittle you for what I ordered you, so go forth with what I have ordered you of calling to My Oneness, to My acknowledgment and My obedience, for if they continue in their sin, and insisted on their disbelief, We will take them through the path of their ancestors of other nations, by accelerating the wrath to them, and inflict the punishment upon them. [Transmitted by Jarir al-Tabari in his Tafsir]

The harm of Quraysh did not prevent the Messenger of Allah ﷺ from establishing the first Islamic State in Madinah. He ﷺ was patient with the harm, resisted the temptations and did not care about the ridicule of the people of Quraysh, but he responded to them with the promised punishment for whoever disbelieved in the verses of Allah. `Abdullah bin Mas`ud said, “While Allah’s Messenger ﷺ was praying beside the Ka`ba, there were some Quraish people sitting in a gathering. One of them said, ‘Don’t you see this (who does deeds just to show off)? Who amongst you can go and bring the dung, blood and the abdominal contents (intestines, etc.) of the slaughtered camels of the family of so and so and then wait till he prostrates and put that in between his shoulders?’ The most unfortunate amongst them (`Uqba bin Abi Mu’ait) went (and brought them) and when Allah’s Messenger ﷺ prostrated, he put them between his shoulders. The Prophet remained in prostration and they laughed so much so that they fell on each other. A passerby went to Fatima, who was a young girl in those days. She came running and the Prophet ﷺ was still in prostration. She removed them and cursed upon the Quraish on their faces. When Allah’s Messenger ﷺ completed his prayer, he said, اللهم عليك بقريش، اللهم عليك بقريش، اللهم عليك بقريش، ثم سمى: اللهم عليك بعمرو بن هشام وعتبة بن ربيعة وشيبة بن ربيعة والوليد بن عتبة وأمية بن خلف وعقبة بن أبي معيط وعمارة بن الوليد ‘O Allah! Take revenge on Quraish.’ He said so thrice and added, ‘O Allah! take revenge on `Amr bin Hisham, `Utba bin Rabi`a, Shaiba bin Rabi`a, Al-Walid bin `Utba, Umaiya bin Khalaf, `Uqba bin Abi Mu’ait and `Umar a bin Al-Walid.” `Abdullah added, “By Allah! I saw all of them dead in the battle field on the day of Badr and they were dragged and thrown in the Qalib (a well) at Badr: Allah’s Messenger ﷺ then said, ‘Allah’s curse has descended upon the people of the Qalib (well). (Agreed upon. Bukhari: Ablution; if waste or unspoiled carcass was thrown on the back of a person praying/ Muslim: Al-Jihad Wal-Sair; what the Messenger ﷺ faced of harm from the Mushrikeen and Munfiqeen).

Al-Haafiz Ibn Hajar Al-‘Asqalaanii (may Allah have mercy on him) says in his book “Al-Nafees Al-Dorar Al-Kamina”: “Christians used to spread their advocates to the Mongol tribes in hope of turning them into Christians. The tyrant Hulaku paved the way for them because of his crusader wife Zafar Khatoun. Once upon a time, a group from the Elders of the Christians set out to attend a large Mongolic ceremony. The ceremony was held because one of leaders of the Mongols became Christian.

Then one of the (Christian) preachers began insulting The Prophet (Muhammad) ﷺ. Among the congregation, there was a hunting dog, tied. When this Venomous Christian Crusader began insulting the Prophet, ﷺ, the dog groaned and sprang up. It jumped on the Crusader and abraded his body harshly. They (the owners of the dog with the congregation) extricated it from him, after lots of struggle to stop it. Some of those present said: “This has happened due to your (antagonising) speech against Muhammad ﷺ.” The Crusader says: “Absolutely not. It is rather because this dog has self-respect, it saw me pointing my finger, so it thought I wanted to beat it.” Then (as if that wasn’t enough), he returned again to abuse the Respected Prophet ﷺ, and he vituperated and vilified the personality of the Prophet ﷺ. At that, the dog cut off the rope with which it was tied and it bounced on the neck of the Crusader and plucked out his eyes, tore his chest and extended his throat. The Christian Crusader died at that spot that moment. Due to that occurrence, about forty thousand (40,000) Mongols accepted Islam and became Muslims” (Reference: Kitaabud Duraril Kaaminah vol. 3 page 202)

Such news are countless to comfort the believers and make their hearts steadfast, increase their certainty of the inevitability of Allah’s victory to them, and that the Almighty will inherit them the land, and establish for them what He has promised them, receiving the glad tidings of the promise of Allah Almighty.وَعدَ ٱللَّهِ حَقّا وَمَن أَصدَقُ مِنَ ٱللَّهِ قِیلاً  “[It is] the promise of Allah, [which is] truth, and who is more truthful than Allah in statement.” [Al-Nisaa’: 122]

Neither America with its arrogance nor Russia with its atheism nor China with its crimes can prevent the promise of Allah. All they do are failed attempts to delay the victory of Allah. إِنَّ ٱلَّذِینَ كَفَرُوا یُنفِقُونَ أَموَٰلَهُم لِیَصُدُّوا عَن سَبِیلِ ٱللَّهِ فَسَیُنفِقُونَهَا ثُمَّ تَكُونُ عَلَیهِم حَسرَة ثُمَّ یُغلَبُونَ وَٱلَّذِینَ كَفَرُوۤا إِلَىٰ جَهَنَّمَ یُحشَرُونَ “Indeed, those who disbelieve spend their wealth to avert [people] from the way of Allah . So they will spend it; then it will be for them a [source of] regret; then they will be overcome. And those who have disbelieved – unto Hell they will be gathered.” [Al-Anfal: 36]