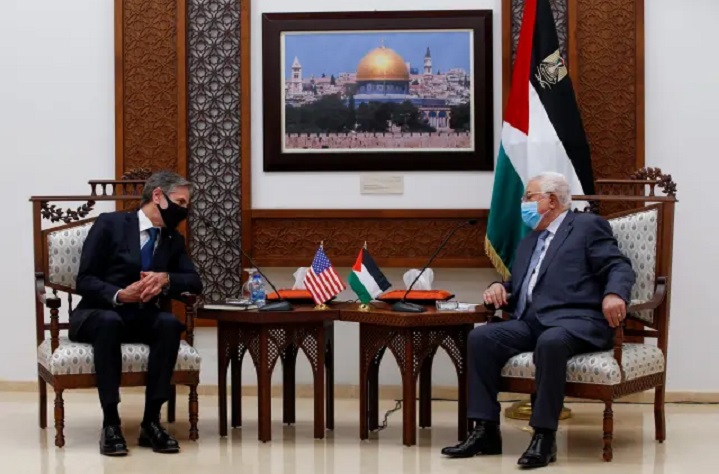 On Thursday, ‘Israel’ and Palestine confirmed that they had unanimously accepted a ceasefire, which US President Joe Biden welcomed as being “a genuine opportunity to make progress” towards lasting peace in the Middle East. (Source) The next day, ‘Israel’ attacked the Palestinian Muslims at Al-Aqsa.

The series of events should not surprise us. The ceasefires will not stop the oppression that the Palestinians face- they have not in the past, they won’t in the present or future. In 2014, 9 truces came and went before the conflict ended. (Source) and the recent series of attacks shows that that it was just a temporary stop.

Don’t be fooled by the calls for a halt- the current rulers rely on public opinion being in their favour.

The rulers in the current system rely on public opinion being in their favour. And the recent out-cry against ‘Israel’ has been unprecedented- there have been calls from all over the world, with social media sites being inundated with information that spread awareness about the situation in Palestine. They also called out traditional media out for the misportrayal of the situation or for headlines that blatantly distracted us from the core of the problem- the Palestinian people are suffering, and ‘Israel’ is being protected by states across the world.

As the days pass, and the states begin to make announcements of ceasefires and so-called solutions to the situation, it’s important that we don’t allow our attention to wane- the ceasefire, however long it goes on for, will not change the situation. It will not resolve the problem; it will not stop the Palestinians from being oppressed. The bombings may stop, but their treatment as second- and third-class citizens on territory that the Zionists are occupying will not change.

‘Israel’was given Palestinian land in 1948, a culmination of the promises made by the British (with the support of other states) to the Zionists in the Balfour Declaration. Over time, ‘Israel’has used the military to expand its control, settling on Palestinian land and treating the Palestinian population with an intense animosity.

‘Israeli’ leaders don’t even try to hide it.

The Palestinians are like animals, they aren’t human (MK Ben Dahan, Former Deputy Minister of Defense)

“Beat them up, not once, but repeatedly, beat them up so it hurts so badly, until it’s unbearable” PM Benjamin Netanyahu

The leadership repeatedly asserts that ‘Israel’ is a Jewish state, and Jewish settlement on Palestinian land is a “supreme value for the state” And the Palestinians experience “forced displacement, confiscation of lands, an inferior juridical status and incarceration are realities shared by all Palestinians, whether “inside” ‘Israel’ or in the occupied territories.” (Source) ‘Israeli’ settlers in the occupied West Bank are allowed to carry weapons, and often attack Palestinians as well as their buildings and farmland. (Source)

In 2012, the UN stated that Gaza could become uninhabitable, unless the situation improved. Since then, the situation has gotten worse- not better. (Source) The Gaza strip has been “reduced to a humanitarian case of profound suffering and aid dependency and the productivity capacity of Gaza has been eviscerated by three major military operations and a crippling air, sea and land blockade.” (Source)

A 2018 report said that there are “few resources for development and resuscitation of the productive economy.” The present real income in Gaza is 30% lower than it was at the start of the century. On average, households only receive 2 hours of electricity a day. (Source)

A recent report by the BBC revealed that the Israeli blockage impacted “movements in and out of the Strip and the ability to trade.” Most people in Gaza suffer from a shortage of water and more than a million people in Gaza are classed as “moderately-to-severely food insecure” despite many receiving some form of food aid.

‘Israel’ restricts access to agricultural land and fishing, which reduces the amount of food that the people in Gaza can produce themselves. They aren’t even allowed to farm in the “Israeli-declared buffer zone”. ‘Israel’has also imposed a fishing limit, which impacts the food and employment opportunities within Gaza. Though, over the past few weeks, ‘Israel’ banned fishing from the Gaza Strip altogether.

The healthcare facilities were damaged or destroyed, because of the ‘Israeli’ attacks over the years. In Gaza, otherwise referred to an “open air prison”, if patients need treatment in the “West Bank or East Jerusalem hospitals they must first get requests approved by the Palestinian Authority and then exit passes approved by the ‘Israeli’ government – in 2019, the approval rate for patient applications to leave the Gaza Strip was 65%.” (Source)

The Palestinian Muslims are suffering, they have been suffering for decades and they will continue to suffer until the situation is resolved.

But how can we trust the system that created the problem, to bring forth a solution. Israel exists because the Capitalist Liberal System gave them the land, legitimized their authority over it and blatantly protects it from any actual repercussions.

The states within the system will continue to do so, even as they ‘condemn’ the way that they treat the Palestinian men, women and children.

And how can we expect any less?

When the system encourages rulers to ‘normalise’ relations with ‘Israel’ to a point where the so-called Muslim rulers put trade and political benefits above the lives of men, women and children?

When the system allows for a ridiculously long list of atrocities- in and out of Palestine? A list of atrocities that aren’t just in history but are being experienced by Muslims across the world today, at this very minute.

If we are serious about helping our Muslim brothers and sisters and fulfilling a Fard to protect Muslim land and blood, we need to change the system. Because it is only with the re-establishment of the Khilafah (Caliphate) state that the Palestinian Muslims will receive the protection and justice that they deserve.