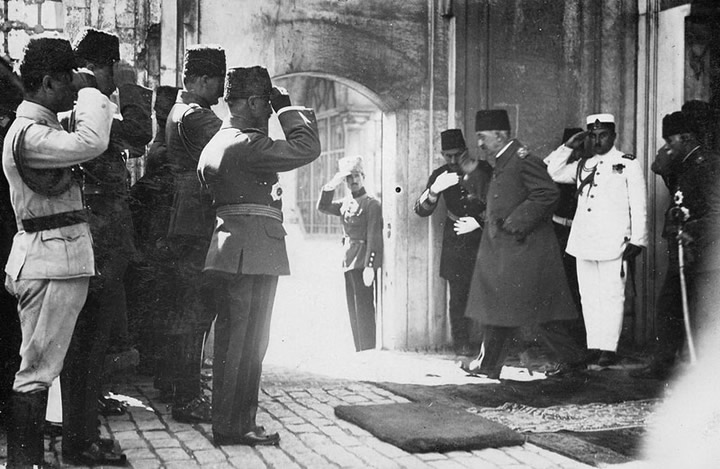 On the occasion of the first day of Rajab, the beginning of the three months of virtue, and the passing of one hundred years since the abolition of the Khilafah (Caliphate); Hizb ut Tahrir launched a global campaign, in which it directed its call to all Muslims, men and women, old and youth, scholars and students, and people of power and protection who possess the strength that enables them to support the oppressed and save them from the oppression, it stated in the address: “O Muslims! A hundred years without the Khilafah is enough! We call on you to re-establish the Khilafah in the 100th year since its abolition.”

Yes, a hundred years have passed since the Khilafah was abolished. A hundred years long … were the most difficult years for the Islamic Ummah. The Islamic Ummah has not been exposed in its history to such oppression, that lasted a hundred years! The sanctities of Islam have not been subjected to similar attacks like it did in these years! Muslim blood in its history was not violated so blatantly and with such ease like it did in this century! Muslims have not been torn apart and become without a shepherd at such a flagrant level.

Is it befitting, O Muslims, for the best nation that was brought to humankind to be at this level? Muslims have not failed throughout the eras of Islam from the beginning of the Revelation until the demolition of the Khilafah to hold on fast to the commands of Allah (swt) and in adhering to them. The Muslims were defeated several times, but each time they succeeded in holding on to the rope of Allah and rising again. They took the pain, but they did not search for a cure except in Islam. The Muslims gained success by the extent of their care for the rulings of Allah, and they were victorious due to their efforts to rule by the law of Allah.

Could you be like your ancestors? Do you want liberation from your pain, your backwardness, your division, the oppression of people against you, and the colonization of the West over you? Do you want to teach the enemies of Islam the lesson they deserve for their attacks against our sacred sites? The path to all of this is clear and unambiguous; that you reject the nationalism that Allah (swt) has forbidden and the cause of your division. That you turn away from democracy that distance you from the Deen of Allah (swt), and claims to be above Allah, and claims that it “knows and Allah does not know!” And to turn away from secularism that claims that Allah “does not interfere in the affairs of the world!” Allah (swt) is Great Exalted. And to be united, to live under one state, restore your unity again, and establish the Khilafah Rashidah (rightly guided Caliphate) on the method of the Prophethood again!

Hizb ut Tahrir calls you to the only path of your salvation, and reminds you of the facts that you have forgotten, and it wants your good and your prosperity and that you obtain the pleasure of Allah (swt). İt wants no child in the world to be killed, no Muslim to face injustice, and for you not to live in poverty and deprivation, and for your lands to be rich in its bounties. And when Hizb ut Tahrir advises you to the truth and patience, it seeks to command you with the good and forbids you from evil according to the Shariah basis on which it was founded. And it is doing all of this, with all determination, resolve and sincerity, despite all kinds of oppression and tyranny, and despite all the conspirators who are allied to silence this sincere call. Oh Allah bear witness! Oh Allah, bear witness! Oh Allah, bear witness!