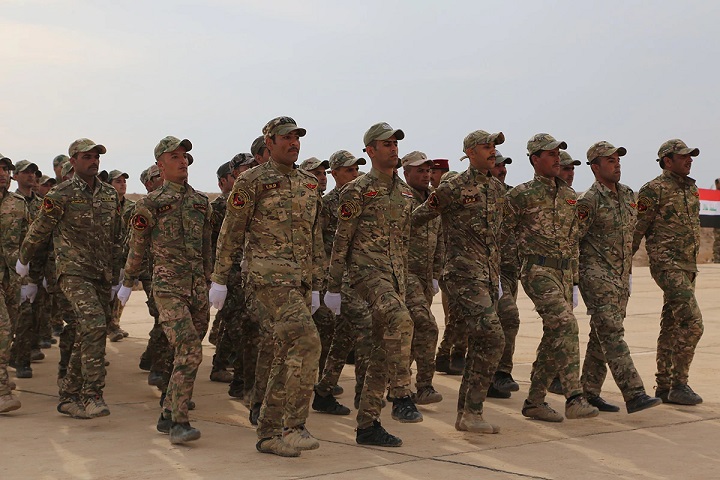 At a time when the Islamic Ummah is waiting and looking forward to those who will save it and support it among its sons and its leaders from the descendants of those grandfathers who are known in the battlefields in their armies apart from their rulers, we see the attacks of the Ummah’s enemies from the Kuffar and Jews and its deformed entity against the Muslims and their sanctities in Jerusalem and all of Palestine and the Ummah is crying out and imploring but no one responds, and we hear the rulers of the Muslims timidly denouncing it, as if they are saying an objectionable statement and a falsehood! They are content with this as if it does not concern them without taking the initiative to do their duty in such a reality, as done by al-Mu’tasim and Salah al-Din al-Ayyubi, may Allah have mercy on them, namely to move armies and uproot the Jews. On the contrary, we see them moving armies with great vigor and without shame against their own people and their fellow Muslims, as happens in Iraq, Ash-Sham, Libya, Yemen, Egypt, Turkey and other Muslim countries. Among these is the humiliated government of Iraq that issued a statement denouncing the attacks of Jews on Al-Aqsa Mosque, as if the matter does not concern them as if they are not Muslims and as if they are not their sanctities, so you see them deaf and burying their heads in the dirt, so they are asleep!!

O Muslims of Iraq, O the Protective Sons of our Armies who are Witnessed for in Battlegrounds: Here are your rulers who take rein of your affairs, lions over you and ostriches in wars, and they are nothing but a barrier to protect the entity of the Jews that does not disappear except by removing these entities that the Kafir has placed on your necks, and establishing the state of Islam, the second Khilafah Rashidah (rightly-guided Caliphate) state on the method of Prophethood that the Messenger of Allah (saw) gave it glad tiding by saying: «ثُمَّ تَكُونُ خِلَافَةٌ عَلَى مِنْهَاجِ النُّبُوَّةِ»“then it will be a Khilafah (Caliphate) on the method of Prophethood…”.

This good news can only be raised by your arms. You are the armies of the Ummah and the striking power in it, and you, sons of the Iraqi army are one of these armies, and you are part of the Ummah and you live in a country that was the capital of the Islamic Caliphate in the past, so how can you accept for yourselves to be pawned by a handful of agents who sold ​​Iraq and handed it over to the occupying Kafir?! Would the one who has handed over his country be working to liberate other Muslim countries and their sanctities?! Rush forth!

O People of Strength and Prevention: You are the Ummah’s remaining hope to support your Deen and enable sincere workers to establish the Khilafah so that your country and the rest of the Muslim countries and their sanctities will be liberated from the clutches of the Kuffar, the Jews and the agents.

“So do not weaken and do not grieve, and you will be superior if you are [true] believers.” [Aal-i-Imran: 139]