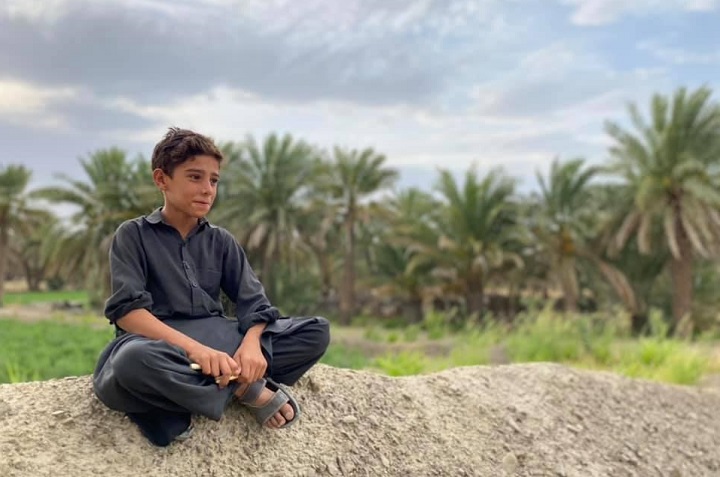 On 2 October 2021, police shot dead a child, Ramiz Khalil, during a raid on a house in the Bulaida, Kech, area of Baluchistan. His family members held a protest, with the small corpse, in Fida Chowk, Turbat. Earlier, on 21 September, in another incident in Kech, an elderly woman, Taj Bibi, was shot dead near a security check post. This is not the first time such tragic incidents have taken place in Baluchistan. The extrajudicial killing of Hayat Baloch by security forces in Turbat in August 2020 shook the people, as they saw the grief-stricken mother raising her hands in Dua, but it had no effect on Pakistan’s heartless political and military leadership!  Baluchistan first became part of the Islamic Lands in the era of the Khaleefah Rashid, Umar al-Farooq (ra). Since then the region has been predominantly Muslim, whilst, the aspirations, sentiments and feelings of its people have always been tied to Islam. When the Delhi Sultanate weakened and Ahmad Khan Abdali (Ahmad Shah Durrani) defeated the kafir Maratha army in the Third Battle of Panipat, 1761, his troops were reinforced by the Khan of Kalat, Mir Naseer Noori, along with an an army of thousands of Baloch Mujahideen. So what is the reason that Baluchistan is burning today in the fires of ethnic strife, after such a proud legacy of loyalty to Islam?

Today, Islam alone can unify the various ethnic and linguistic factions in Pakistan, as the warring tribes of Aws and Khazraj were unified by the Messenger of Allah (saw). However, since the founding of Pakistan, there has only been lip service regarding the potent brotherhood of Islam. Instead of unifying by Islam, efforts were made to unify the Muslims of Pakistan through federal structures, secular democracy and non-Islamic constitutions, laws and policies, in an attempt to create a new national identity. These efforts only added fuel to the fires of rivalry. Our enemies can easily divide us, when such strife is worsened by government incompetence, corruption, oppression and deprivation of basic necessities. The heavy-handed policy of military operations, enforced disappearances and extrajudicial killings has failed us to the extent that our security forces are ensnared in a war against our own citizens, “conquering” our own territory. The ongoing unrest in Baluchistan is certainly neither in the interest of our security forces nor the people of Baluchistan. If the Bajwa-Imran government can release the attacking Indian pilot, Abhinandan Varthaman, in the name of “peace,” then why is it still blindly following the Baloch policy of the arrogant pharaoh Musharraf who said, “This time you won’t even know what hit you.” The use of indiscriminate force has only inflamed and spread an initially limited insurgency, throughout Baluchistan.

The Khilafah (Caliphate) will end the federal structure of government, in which minority provinces and territories are exploited. The Khilafah will end the system of democracy, in which political rights and resources are distributed on the basis of majority. The Khilafah will end politics based on nationalism and ethnic division, unifying Muslims under the authority of one Khaleefah, within the brotherhood of Islam. The Khilafah will implement Shariah and provide all Muslims the rights granted in the Noble Qur’an and Blessed Sunnah. The distribution of resources in the Khilafah is in accordance with the commands revealed by Allah (swt) and not on the basis of majority. The Khilafah will stop the oppression of the Baloch people and will develop Baluchistan and Islamabad in the same way, through its unitary system, bringing hearts together as brothers. So, O people of Power and Strength, come forth to heal the wounds of the Ummah. Grant Nussrah to Hizb ut Tahrir for the re-establishment of the Khilafah (Caliphate) on the Method of Prophethood, establishing peace and security in Baluchistan, Pakistan and the entire Muslim World. Allah (swt) said,

“Hold fast together to the Rope of Allah and do not be divided. Remember the blessing that Allah bestowed upon you: you were once enemies then He brought your hearts together, so that through His blessing you became brothers. You stood on the brink of a pit of fire and He delivered you from it. Thus Allah makes His Signs clear to you that you may be guided to the right way.” [Surah Ali Imran, 3:103].