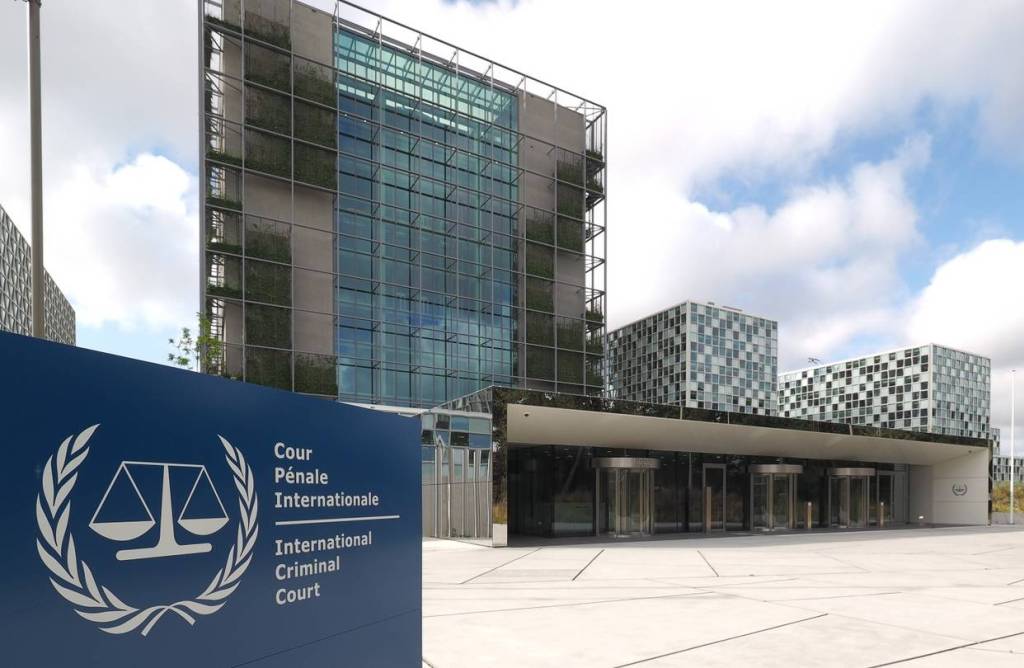 The US says it will punish ICC’s court workers investigating ‘alleged’ war crimes by US forces and their allies including ‘Israel’. US President Donald Trump lobbed a broadside attack on Thursday against the International Criminal Court (ICC) by authorising economic and travel sanctions against court workers directly involved in investigating American troops and intelligence officials and those of allied nations, including Israel, for ‘possible’ war crimes in Afghanistan and elsewhere. The ICC’s actions “are an attack on the rights of the American people and threaten to infringe upon our national sovereignty” read a statement from the White House press secretary. (Source: Aljazeera.com)

With the US violating the sovereignty of all the Islamic lands, it is threatening the International Criminal Court not to violate its sovereignty. Head of Jewish entity, Benjamin Netanyahu joined in a row to applaud the US’s sanctioning of ICC that is also investigating Jewish entity’s war crimes. European nations, Britain and France, opposed the sanctions as if they never committed nor joined hands in war crimes in the Islamic lands. They were those who made a coalition with America in committing crimes in Iraq. Infact, every kaffir nation from the east to west has committed war crimes, particularly against the Muslims. What is really saddening is the position of Muslim Ummah that lost its position of being reference nation to judge between the people with the true just of what its Messenger ﷺ brought with until every taghut (oppressive) nation came to replace its position, claiming to uphold the justice, while in reality they are themselves the wrongdoers. وَاِذَا قِيْلَ لَهُمْ لَا تُفْسِدُوْا فِىْ الْاَرْضِۙ قَالُوْاۤ اِنَّمَا نَحْنُ مُصْلِحُوْنَ “And when it is said to them, “Do not cause corruption on the earth,” they say, “We are but reformers.”” [2:11]

No nation is eligible to punish the war criminals other than Khilafah (Caliphate). Whenever these nations enter upon other lands, they would only commit all the atrocities by killing its people, plundering their wealth, dishonoring their women and children. Humankind has been witnessing such war crimes throughout its history from the armies that do not have the noble cause, rather have greed to dominate other people and plunder their wealth. قَالَتْ اِنَّ الْمُلُوْكَ اِذَا دَخَلُوْا قَرْيَةً اَفْسَدُوْهَا وَجَعَلُوْۤا اَعِزَّةَ اَهْلِهَاۤ اَذِلَّةً‌ۚ وَكَذٰلِكَ يَفْعَلُوْنَ‏ “She (Balqis) said, “Indeed kings – when they enter a city, they ruin it and render the honored of its people humbled. And thus do they do.” [27:34]

In contrast, the Islamic army that has a noble cause of raising the word of Allah (swt) and establishing the justice of Islam will never commit any crimes nor take any soul except what is rightful. Since the Islamic Ummah lost its rightful position of being reference nation to mankind by upholding the justice of Islam, nations having colonial agenda took this position over mankind with biased laws that are only used to realize their colonial agenda. Thus we see that no Western nations were ever prosecuted by the ICC although they commit serious war crimes.

“And thus we have made you a just community that you will be witnesses over the people and the Messenger will be a witness over you.” [2:143]