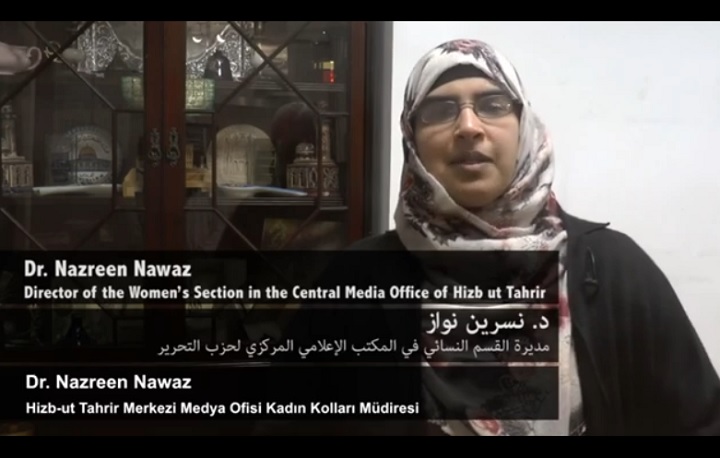 Today, the world is in chaos and darkness, near and far. Human suffering and misery deepens by the day as nations plunge from crisis to crisis. Poverty, financial insecurity, starvation, genocides, brutal occupations, dictatorships, senseless wars, family breakdown, destructive lifestyles, crime epidemics, violence against women, health and education crises and other crippling problems afflict lands across the globe, under defunct man-made systems and incompetent leaderships that are clueless about how to effectively take care of the affairs of their people and fulfil their needs. Rather their policies, laws and actions only worsen the suffering of their people.

The Muslim lands and the world do not have to be in this seemingly never-ending state of darkness, devastation, disasters and crises. However, real change cannot be achieved by making a few minor changes to flawed systems which are currently implemented, or gradual partial change – just chipping away at the edges of problems, or providing sticking plaster solutions, or recycling failed secular democratic systems with new faces at the helm – systems that have proven time and again, incapable of solving the problems of humankind, protecting the oppressed or providing justice – and only hold the promise of prolonging the pain and suffering of the Muslim Ummah and humanity.

“Whoever follows My Guidance shall neither go astray, nor fall into distress and misery. But whoever turns away from My Reminder (That is, neither believes in the Qur’an nor acts on its orders) verily, for him is a life of hardship, and We shall raise him up blind on the Day of Resurrection.” [Ta-Ha: 123-124].

This Rajab, the month that marks the 102nd anniversary of the loss of Khilafah, the Women’s Section in the Central Media Office of Hizb ut Tahrir will launch an international campaign entitled: “Real Change is ONLY Through the Call for Khilafah”. It will examine current views regarding how a brighter future can be achieved for the Muslim lands; how the Khilafah will transform chaos into revival for the region and how it holds real solutions to humanity’s problems; and will also discuss the role of Muslims in creating real change in the Muslim world and globally; and whether radical change and the establishment of the Khilafah upon the method of the Prophethood is a pipedream or truly feasible. The campaign can be followed at: www.hizb-ut-tahrir.info or the Facebook page: https://www.facebook.com/womenscmoht. Link to campaign introduction video: https://youtu.be/zRk5dx2t1ew