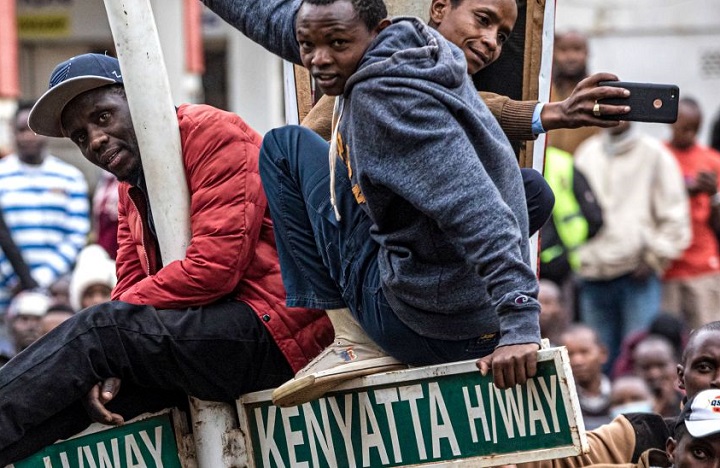 With just few days to the August 9 polls, some Muslims leaders along with Government Scholars in the country have urged Muslims to diligently assess and vet candidates contesting for different seats to make informed choices. Twisting the meaning of the ayat and misapplying the jurisprudence principles such as ‘lesser evil’ have been the norm of these scholars to urge Muslims to fully engage in the elections.

Comment:
Giving the Islamic ruling on participation into democratic systems compels us to breakdown the meaning of democratic election and this entails to look at the subject of the matter (tahqiq al manat) i.e. what is election and the essence of democracy as a ruling system. Election is all about representation where one elects and delegates someone to perform an act on his/her behalf. What makes an election to be lawful or unlawful is the election itself but what is related to it.

Democracy comes from two Greek words ‘Demos’ People and ‘Kratos’ rule meaning the rule of the people. This means people have an absolute and supreme authority (sovereignty) to legislate rules that are deemed supreme than the laws of Allah (swt). Democracy takes the method of elections every 5 or 4 years for the people to elect their representatives to make laws on their behalf. Therefore, In democracy, parliament or the senate representatives or congress are all rule-making institutions. Conclusively, elections in democracy are tied in a legislative act which totally contradicts Islam.

“But no, by your Lord, they do not believe until they make you a judge of that which has become a matter of disagreement between them and then they do not find any discomfort in their hearts as to what you have decided, and submit in full submission. [An-Nisa’: 65].

Election is all about representation where one elects and delegates someone to perform an act on his/her behalf. This is the reality of the election, so what makes the election illegal or legal is not the election itself, but the action that is tied to it. Conclusively, democratic elections violate the Islamic sharia, and therefore it is haram for Muslims to campaign, support the democratic parties and to participate in its elections. It is crystal clear that holding democratic perennial elections is an attempt of failed system in whipping emotions on changes to resuscitate it and hoodwink the people. The winners and losers in these elections are stooges of the capitalists whose primary role is to covertly-cover the shame of democracy that has plunged Kenya and Africa at large into perpetual crises and conflicts.

Sadly, some of the government scholars who have even been campaigning for politicians are deliberately misapplying the principle of ‘lesser evil; wanting Muslims to turn away from adhering to Shariah rules and work for the real change i.e. calling for Islam to rule the world under the Khilafah Rashidah (righteous Caliphate) upon the method of the Prophethood. The root cause of the miseries facing Kenya is not who rules us, but by what they rule. As long as the country is ruled by man-made law under democracy, rather than the Shariah law revealed by Allah (swt) under the Khilafah, we will never see real change.