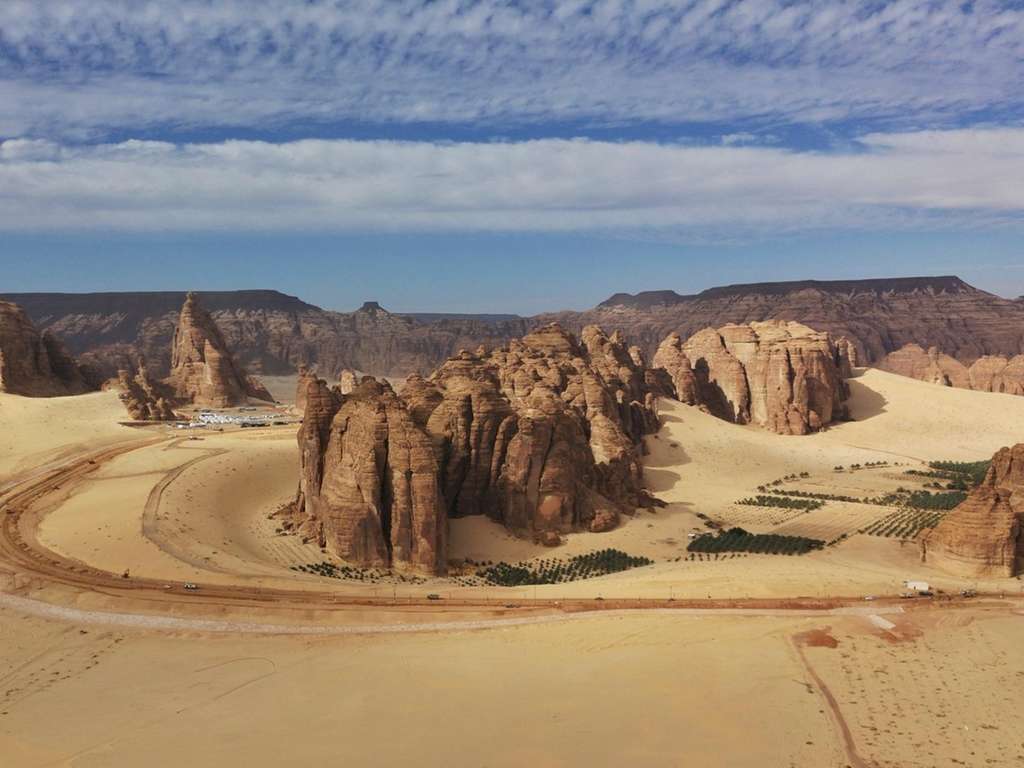 The rulers of the Al-Saud have forgotten Allah’s words to their ancestors: فَلْيَعْبُدُوا رَبَّ هَٰذَا الْبَيْتِ * الَّذِي أَطْعَمَهُم مِّن جُوعٍ وَآمَنَهُم مِّنْ خَوْفٍ “Let them worship the Lord of this House * Who has fed them, [saving them] from hunger and made them safe, [saving them] from fear.” [Quraysh: 3-4]. Thus, we still hear all the spectacles from them and about them. They continue to persist in opening the land of the cradle of Islam and the tomb of the Messenger of Allah ﷺ for the religion of disbelief (kufr) whenever they can.

The rulers of Al-Saud fought the Khilafah (Caliphate) for the interest of English colonialism, made Muslim oil a wild card in the hands of the West, opened the country as a base for the American army, and they brought “locusts of the Entertainment Authority” which is sweeping the Gulf of Islam with wickedness and corruption, not to mention harming the Islamic Ummah outside the country.

And here they are today presenting a new chapter of the whispers of their demons, in order to enable the civilization of the Kafir colonial West that captured their hearts and minds, here they are hovering around the city of the Messenger of Allah ﷺ like hyenas that surround a wounded lion. The Saudi authorities allowed an American magazine to photograph semi-naked women in the Al-Ula region in al-Medina al-Munawarah!

Their action reminds us of those who tried to excavate the grave of the Prophet ﷺ during the reign of Sultan Nur ad-Din Zengi.

In the year 557 AH, Sultan Nur ad-Din Mahmud ibn Zengi repeatedly saw a dream in which the Prophet ﷺ was pointing to two blond men and says: Help me, save me from these two, so Nur ad-Din traveled to al-Medina hastily and investigated the matter, until Allah (swt) revealed to him a conspiracy to attempt to excavate the grave of the Prophet ﷺ and steal his body and take it to the Kuffar. Nur al-Din wept that Allah (swt) has chosen him for this, he eliminated the conspirators and ordered the protection of the grave of the Prophet ﷺ with a ditch casted with lead… and the Ummah continues to remember Nur ad-Din Zengi, may Allah (swt) have mercy on him, and ask Allah to grant him paradise.

Today, we renew our call to the people of power and strength who have the zeal of Nur ad-Din Zengi for the religion of Allah. We remind them that those who tried to dig the grave of the Prophet ﷺ in the past did so while they were disguised in secret, but today the rulers of the Al-Saud do their deeds while they are openly defiant!

For the sake of Allah, O people of power and strength, take care of the shrine of your Prophet ﷺ. For the sake of Allah take care of al-Medina; hasten to the victory of the Islamic Ummah, as it is up to you to remove Al-Ruwaibidhat from the thrones of betrayal and the establishment of the second Khilafah Rashidah (righteous Caliphate) on the method of the Prophethood. Allah (swt) says: إِنَّ فِي ذَلِكَ لَذِكْرَى لِمَن كَانَ لَهُ قَلْبٌ أَوْ أَلْقَى السَّمْعَ وَهُوَ شَهِيدٌ “Indeed in that is a reminder for whoever has a heart or who listens while he is present [in mind].” [Qaf: 37]