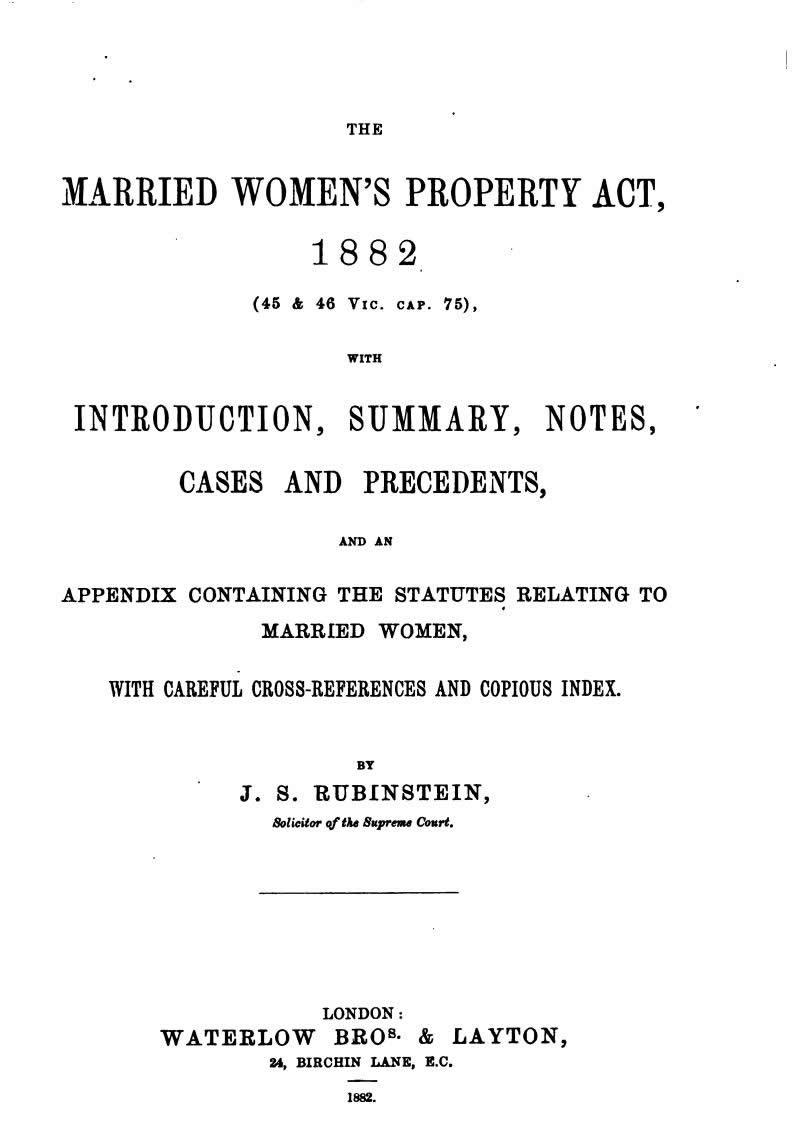 In the West, the woman was oppressed by men for centuries, being unfairly depicted to the point that it was asserted that the woman has no soul. The woman’s vital role in the development of society was denied emphatically and persistently. Women were even persecuted for having aspirations for education. The Western woman had to make many sacrifices, fighting countless social battles, to even secure her basic rights.

An example of this is the basic right to vote in elections (suffrage) for which the women initiated a movement that became known as that of the Suffragettes. This movement was made up of women only, headed by a British woman, Ms. Emmeline Pankhurst, in a place where Democracy had been adopted for over two centuries and secularism had taken old.

Similarly, the Married Women’s Property Act 1882 was an Act of the Parliament of the United Kingdom that for the first time allowed married women to own and control property in their own right. However even this new law was initially limited in implementation and not applied in all of the British Empires, such that the women of Scotland were deprived of this right, whilst settler women in the new colonies of the British Empire were not even considered eligible for any such right.

Such a sad state of affairs for the Western woman contrasted strongly with that of the Muslim woman under the Khilafah (Caliphate). Women strove alongside men in the fields of education, research, judiciary, medicine, science and literature, as well as playing an active role in accounting rulers.

Umm al-Darda al-Kubra was a Companion of the Prophet (saw). She was a prominent jurist during the Seventh Century in Damascus. She lectured in the male section of the mosque as a teacher of hadith and fiqh. One of her students, ʿAbd al-Malik ibn Marwān, was the 5th Umayyad caliph. He studied fiqh under Umm al-Darda.

From among the group of Tabaeen, Hafsa bint Sirin (rh) was an early female scholar of Islam. She lived and taught in Basra. She was known for her piety and knowledge of practical and legal aspects of Islamic traditions. She was the elder sister of Muhammad ibn Sirin, a man known for dream interpretation.

Fatima bint Muhammad Al-Fihriyya Al-Qurashiya was a Muslim woman who is credited with founding the al-Qarawiyyin Mosque in 859 CE in Fez, Morocco. The Al-Qarawiyyin Mosque subsequently developed a teaching institution and is considered the first university. Studies of Quran, Arabic language, mathematics, medicine and astronomy were taught in this university.

Al-ʻIjliyyah bint al-ʻIjliyy was a 10th-century maker of astrolabes active in Aleppo, in what is now known as northern Syria. She is sometimes known in modern popular literature as Mariam al-Asṭurlābiyya. Al-ʻIjliyyah manufactured astrolabes, an astronomical instrument, during the 10th century; she was employed by the first Emir of Aleppo, Sayf al-Dawla.

There are numerous such accomplishments of women in Muslim history. Moreover, this was at the time when men and women of West were immersed in the darkness of ignorance. Within one and a half centuries ago, the Western woman struggled for rights of ownership and inheritance, though Islam had entitled the women for property and inheritance rights over a millennium before that.

When the Western woman was pleading for her right to vote, resorting to civil disobedience, the Muslim woman had already given bayah to rulers, accounted rulers actively and fought in battlefields for the protection of the Islamic State, for over a millennium.

The Western woman still has to strive for the right of work and equal wages, whereas in Islam the woman not only had the right to work, all that she earned was for herself alone, for the duty of her maintenance lay upon her men folk, whether her father or her husband, whilst she was paid according to the value of the work, exactly as the man was.

Whilst striving for her rights in such an oppressive environment of West, the Western woman embraced the ideas of freedom and gender equality in her pursuit of justice. However, instead of ending to her difficulties, such slogans intensified her problems. Rather than liberating the women, the slogan of women’s freedom liberated men from financial responsibility for her and their children, whilst they exploited her for sexual gratification in contrast, Islam does not permit any man to have sexual relations with any woman, until marriage is contracted and he undertakes financial maintenance (nafaqah) for both her and their children, whilst she rears them under her custodianship (Hadaanah). Thus for the sake of protection of women’s rights, Islam obligates some sanctions on men.

Thus, the gender equality concept compelled the Western woman to bear the burden of both child care and financial provision. Hence, this slogan doubled the burden on women instead of equaling the liabilities with men.

In contrast, in Islam, the women are fundamentally liable for children and domestic care, whilst working for income is her personal choice. The basic liability upon the man is that he is bound to fulfill the financial domestic needs. Thus both men and women complement their respective roles and a unique society is developed under the Islamic system. The distinction as genders does not establish superiority or inferiority, for in the sight of Allah (swt), the one who is pious is superior, whether he is man or woman.

The false concepts of freedom and gender equality, which the Western woman adopted to secure her denied rights, further exploited the women. She is now embroiled in a #MeToo movement in the existing so-called developed societies. She remains oppressed because human reasoning is limited in encircling and fairly balancing the rights and obligations of men and women in the best manner.

The knowledge of the right harmony between men and women is only with the One who created them. Allah (swt) not only created men and women, but also specifically characterized them. He did not leave the balance and harmony to the fallible intellect of human beings, leaving them astray and exploited due to flawed and biased human judgments.

While giving permission to activities such as the “Aurat March” (Woman’s March), the existing rulers of Pakistan are persuading Muslims to proceed in Western footsteps. The West tried to form the society on the basis of freedoms, misdirecting the instincts of the human being and bringing the society to the brink of destruction. This is though the intrinsic nature of the human being is not that as if he is free of all bounds, as the West portrays. Allah (swt) created man with this natural instincts, through which he senses the obligations of relations with others and tries to fulfill their needs. The collective nature of man is present within him and pushes him to cooperate in duties towards with others, as well as seeking rights from them.

Today, the problems being faced by women in Muslim World are not due to the commands of Islam, but due to the rotten systems and laws of man-made systems, including freedoms. The solution to the problems faced by Muslim men and women is not by following the footsteps of West, where the societies and families are devoid of satisfaction and real happiness. It can only be by what was before, implementing the social systems of Islam under the Khilafah. Nothing less will give rise to a pure and civilized society where the identity of men and woman is of chastity and piety. The woman will not be treated as commodity and both men and women will fulfill their instinctive needs, while limiting themselves to the Islamic rulings.