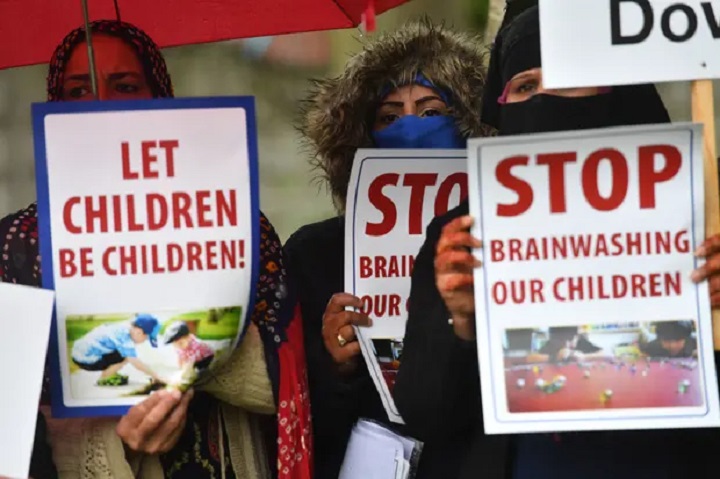 Since 1999 every June in the United States has been declared by the government as Pride month. However, the issue of LGBTQ+ rights in the West has been around for far longer. From 1965-1969 there was an annual picket in Philadelphia, PA, where homosexuals demanded not to be treated as second class citizens and after the Stonewall Rebellion (1969), a parade would take place in major US cities celebrating gay and lesbian “pride.” LGBTQ+ rights became a part of the Civil Rights Movement. Over the past six decades, the promotion of the LGBTQ + lifestyle has been ramped up to such proportions that it is hard to escape in your daily life no matter how hard you try. In 1973, the American Psychiatric Association changed the classification of homosexuality as a mental disorder. In 1987, the APA completely removed homosexuality from the list of mental disorders and declared that gender identity occurred naturally. Followed by various Supreme Court rulings, the government slowly started to change the reality of what constitutes a marriage, family, and open the doors for the normalization of the homosexual lifestyle.[1] From food packaging in the grocery stores to clothing store advertisements to state travel guides to television series to the primary school classroom all are emblazoned with the various flags and hashtags representing one of the sexual orientations or genders defined by LGBTQ+, especially during the month of June.

The most disturbing trend, however, in the normalization of this lifestyle is teaching young children that they can choose their gender, or sexual orientation, as young as three years old with some parents choosing to put an X in place of gender on their child’s birth certificate to forgoing putting dresses on their daughters and instead putting them on their sons to discourage natural gender roles. There are now a plethora of children’s cartoons and books that feature gay, or transgendered characters. One such cartoon, Blues Clues, a show for toddlers and preschool age children showcased a Pride parade with a drag queen and a transgendered animal character shown with breast removal scars.[2]

Despite the fact that their choice of lifestyle is now widely accepted in the United States and other Western nations, LGBTQ+ youth and individuals suffer from mental health problems at a higher rate than others. According to the National Alliance of Mental Health, “LGB adults are more than twice as likely as heterosexual adults to experience a mental health condition. Transgender individuals are nearly four times as likely as cisgender individuals (people whose gender identity corresponds with their birth sex) individuals to experience a mental health condition.”[3] According to Mental Health America, LGBTQ+ teens are 6 times more likely to experience symptoms of depression than heterosexual teens, are 4 times likely to feel suicidal and 4 times likely to attempt suicide than heterosexual teens, and 48% of transgendered adults say they have considered suicide as compared to 4% of the overall US population.[4]

The so-called experts point to the lack of acceptance and bullying in schools, at workplaces, in social circles, and within families, etc., however, their lifestyle is widely accepted throughout the Western world. LGBTQ+ history is taught in schools, workplaces have mandatory LGBTQ+ inclusivity training, public restrooms have become gender neutral, even the concept of biological gender is being questioned, where some states have added a non-binary option on birth certificates! [5]

The type of normalization of this immoral lifestyle, alongside the feminist movement, is instrumental in breaking down the family structure, destroying our innate gender roles, encouraging the freedom to choose who and how many partners a person wants, an increase in the number of people choosing to remain single, all of which goes on without any inkling of responsibility. Those who choose to wait for marriage and believe that a marriage is only between a man and a woman are seen as outliers, abnormal, and homophobic. Those who do not want to recognize the gay lifestyle because of religious reasons are bullied, can be sued, lose their jobs, etc. Muslims are not immune to this type of labeling. This has had unfortunate consequences where Muslims have started to ally with the LGBTQ+ community in hopes of gaining acceptance in society and as a way of supposedly securing the rights of Muslims as minorities in this country.  This is not the way Muslims should view the acts of homosexuality and gender roles. Instead, we should speak on the matter from the Islamic viewpoint on the relationships between men, women, gender, and the institution of marriage.

Making the differences between men and women clear and that the two mates in the dunya are male and female, without any deviation.

“O mankind! Be dutiful to your Lord, Who created you from a single person (Adam), and from him (Adam) He created his wife (Hawwa), and from them both He created many men and women and fear Allah through Whom you demand your mutual (rights), and (do not cut the relations of) the wombs. Surely, Allah is Ever an All-Watcher over you.” [An-Nisa: 1].

Serenity and peace of mind only comes through obedience to the Creator and the implementation of His (swt) laws in every facet of life and this includes the relationship between men and women. Allah (swt) has obliged certain roles and responsibilities that are unique to men, such as financial maintenance of the family, and to women, such as obedience to the husband in what is halal.

“Men are the managers of women, because of the advantage Allah has granted some of them over others, and by virtue of their spending out of their wealth. So righteous women are obedient, care-taking in the absence [of their husbands] of what Allah has enjoined [them] to guard.” [An-Nisa: 34].

In this way, Allah (swt) has ensured that there is harmony within the family unit, children, as well as, all other duties are being taken care of. This is a far cry from what we are witnessing in the West where the relationship between men and women are based on their own whims and desires and roles and responsibilities are not defined, so confusion, neglect, and poor mental health abound in society.

“And, [moreover], this is My path, which is straight, so follow it; and do not follow [other] ways, for you will be separated from His way. This has He instructed you that you may become righteous.” [Al-An’am-153].

[1] 1993-“Don’t Ask. Don’t Tell” law was passed allowing gays and lesbians to serve in the military

2013- A repeal of the Defense of Marriage Act (Law passed in 1996 declaring marriage was between one man and one woman) was deemed unconstitutional.