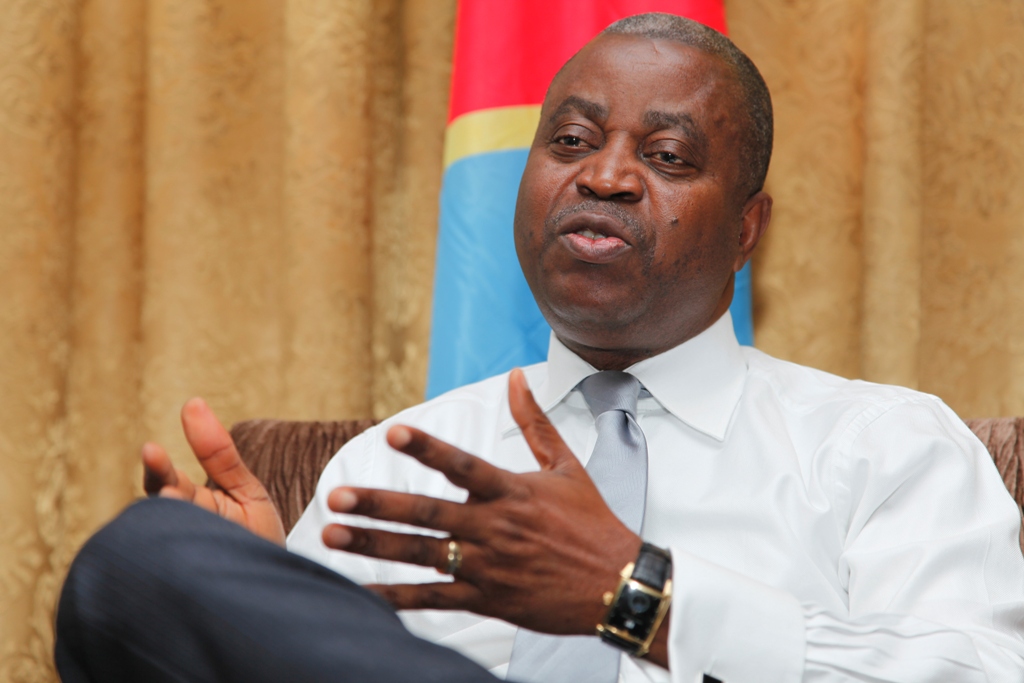 Uganda’s Daily Monitor reported on Tuesday, 24th December 2019, that former Congolese premier Adolphe Muzito called for the government to wage war on neighbouring Rwanda as a way to end militia violence. “We have to wage war on Rwanda to restore peace in our country. Rwanda influences our politics. So does Uganda,” former premier said at a press conference in Kinshasa. “We can only make peace by threatening Rwanda, by occupying its territory if possible by annexing it,” he said. Two other leaders of Lamuka, the country’s main opposition, Moise Katumbi and Jean-Pierre Bemba, distanced themselves from Muzito, saying they were “surprised” by his comments.

Aldophe Muzito’s remarks show how the politicians unconcernedly plunge their countries into conflicts and war as they fly out seeking their own safety from their Western colonial masters leaving behind millions of people grieving. His comments however indicate how external actors are fueling the DRC (Democratic Republic of Congo) conflict regionally and internationally. This was after the overthrow of Rwanda’s genocidal Hutu regime where more than two million Hutus are thought to have fled into DR Congo fearing reprisals against them by the new, Tutsi-dominated government who among them were many of the militiamen responsible for the genocide. In late 1990s, Rwanda accused the former DRC’s President Kabila of not acting against Hutu rebels and tried to topple him, sparking five years of conflict. From 1998 to 2003, government forces supported by Angola, Namibia, and Zimbabwe fought rebels backed by Rwanda and Uganda in what is known as the Second Congo War which resulted into over three million deaths. Despite a peace deal in 2002 and the formation of a transitional government in 2003, ongoing violence perpetrated by armed groups against civilians in the eastern region has continued.

Early 2019, the five Great Lakes countries: the Democratic Republic of Congo, Burundi, Rwanda, Tanzania and Uganda decided to combine their military operations in the region. The Congolese army has in recent months claimed several victories over the militia known as the National council for Renewal of Democracy CNRD- a political party created by Rwandan refugees in Congo after the 1994 genocide of Tutsis by the majority Hutus in Rwanda. Rwanda’s Tutsi-dominated government has welcomed the anti-militia operations in DR Congo, saying their territory has also been targeted by the Hutu rebels.

The DRC regime was at the heart of two bitter regional wars between 1997-2003 involving its neighbors’ Rwanda and Uganda with Kinshasa accusing Rwanda and Uganda of trying to destabilize the DR Congo while its neighbors said militias opposed to their governments had used DRC as a rear base for attacks. For a quarter of a century, the eastern part of the DRC has been plagued by insecurity due to the presence of dozens of local and foreign-armed groups. One of the most prominent rebel groups to emerge in the aftermath of the war was known as the March 23 Movement (M23), made up primarily of ethnic Tutsis who were undoubtedly backed the Rwandan government.

No doubt that DRC is extremely wealthy – and extremely big similar in size to Western Europe and rich in diamonds, gold, copper, cobalt and zinc. The country, which is the largest in Africa in terms of land area, has also supplies of coltan, which is used in mobile phones and other electronic gadgets, and cassiterite, used in food packaging. Therefore, its vast resources has made foreign players US and Europe to have vested interests in Congo. The newly adopted  strategies seeking to stabilize the Democratic Republic of Congo (DRC) adopted US backed body UN Security Council  parallel with the Tshisekedi’s attempt to strike a new security agreement with neighboring countries, will further risk the countries’ fortunes.

Apparently, the international actors have contributed the countries’ conflicts which are basically over the vast resources. The United States instigated the invasion of the DRC by its proxies Rwanda and Uganda in late 1990s and the subsequent slaughter of 6.9 million Congolese has devastated the country. Washington’s goal was to plunder the enormous mineral riches of the Congo through the Rwanda’s and Uganda’s troops who have backing rebel forces to put Congo under its influence. On the other hand, both French, Belgium and Britain are working hardly to have their political agents and even back some rebels against the America’s ambitions.

Therefore, a struggle of economic interests between the foreign powers has seen Congo to ever war dominated country. No doubt even after the stepping down of Joseph Kabila and assumption of Felix Thisekedi into presidency after being declared a winner on 30th December 2018, DRC’s situation is still tense. The current administration of Felix Tshisekedi has no any significant difference from his predecessor Joseph Kabila in selling out the riches of the country into major capitalist billionaires leaving many of the Congolese languishing in abject poverty.