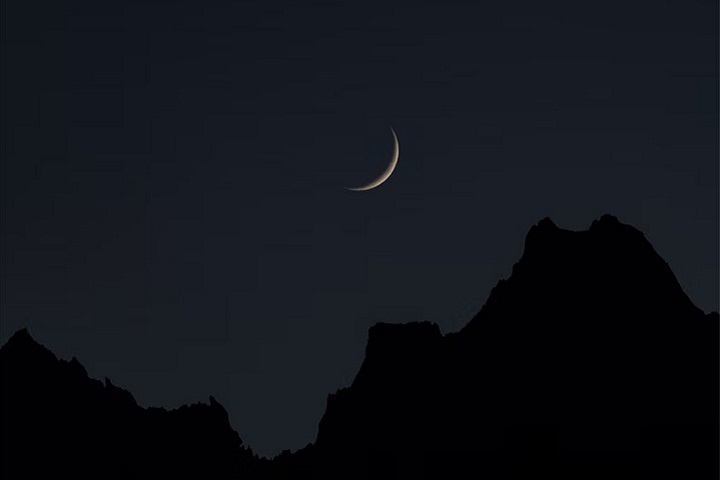 Al-Bukhari narrated in his Sahih through Muhammad bin Ziyad, who said: I heard Abu Hurayrah, may Allah be pleased with him, say: The Prophet (saw) said or said: Abu al-Qasim (saw) said

“Observe Saum (fast) on sighting the crescent and terminate it on sighting it (the new moon), but if the sky is cloudy before you, then complete the number (thirty days) of the month.”

After investigating the new moon of the blessed Ramadan on this night, the eve of Saturday, the Shariah sighting of the new moon has been confirmed in most of the Muslim countries neighbouring Jordan, which it shares the same time of night with them, and accordingly, Muslims in all Muslim countries, including the people of Jordan, must fast.

However, the regime in Jordan wants to disunite and divide Muslims in Jordan from the Islamic countries by declaring Sunday the first day of Ramadan, without a Shariah reason or Shariah evidence, but rather following the policy of the kaffir colonialist to divide the Islamic Ummah even in its obligatory rituals such as fasting and Eids, when it divided the Islamic countries into Fifty plus entities. It is disturbed to see Muslims united in their rituals, just as it is angered to see their solidarity, compassion and cohesion in their vital issues.

“Observe Saum (fast) on sighting the crescent and terminate it on sighting it (the new moon).”

He did not mention that it was not possible to sight the new moon, but he referred several times to his saying, “We met with astronomers and held a scientific seminar and the possibility or impossibility of sighting the moon.”

This proves the confusion of these councils and the scholars of the sultans (authority) to separate Muslims from their law and they work to divide them with anti-Shariah, secular evidence as pleases their rulers. The former Chief Justice, Dr. Ahmad Halil, and the attendance of the current Mufti of Jordan have announced in Ramadan 2012 the sighting of the moon by saying: “I announce here, trusting in Allah relying on Him alone, and we follow the command of Allah and the Sunnah of His Messenger (saw), the Shariah sighting has been confirmed in the Kingdom of Saudi Arabia.” He said: “It is from the basis of the legal ruling and jurisprudence that if it is confirmed in an Islamic country with confidence and reassurance, then the month begins by this sighting.”

He affirmed, “In the interest of uniting the word and unity of the Ummah, uniting its hearts and uniting its ranks, we announce that tomorrow is the first day of the blessed month of Ramadan.” Have the Shariah rulings changed in the fatwa councils today, or is it the secular development that the rulers seek?!

We do not exclude Muslim rulers, whether in the countries that announced the sighting of the new moon or that announced no sighting, we do not exclude them from working on breaking the unity and dividing of Muslims. Today it is the ruler of this country and next year the ruler of another country so that the rituals of Muslims are divided, they are all followers of the kaffir colonizer. The Islamic Ummah cannot be united in its sighting of the new moon of Ramadan or the new moon of Shawwal, except by their uniting entity; the Khilafah Rashidah (rightly-guided Caliphate State) on the method of Prophethood.

We in Hizb ut Tahrir / Wilayah of Jordan congratulate you on the advent of the month of Ramadan, and we pray to Allah (swt) to enable you to fast and perform the qiyam (night prayer), and to respond to the obligation of fasting, after the Shariah sighting of its new moon has been confirmed, so that Saturday is the first day of Ramadan corresponding to April 2, 2022, and that the month of Ramadan this year is a new start in the covenant with Allah in following the truth even if the West and its agents detest it. We will rejoice in Allah’s victory, and that you respond to the obligation of fasting on its day according to Shariah.

“O you who have believed, decreed upon you is fasting as it was decreed upon those before you that you may become righteous” [Al-Baqara: 183]