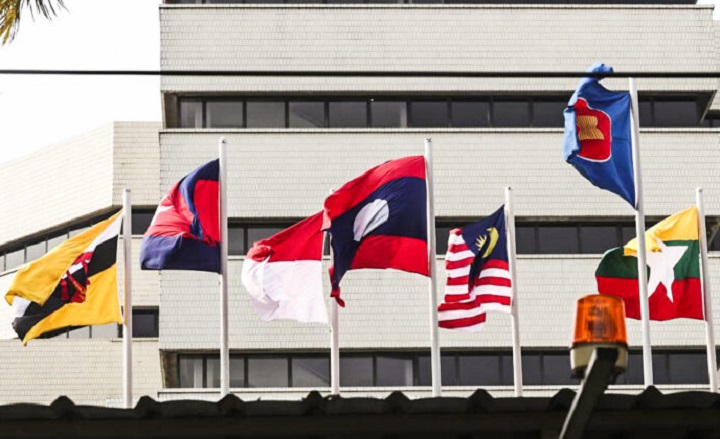 Indonesian Foreign Minister Retno Marsudi said the United States was committed to providing US$102 million (IDR 1.44 trillion) worth of assistance to ASEAN countries in dealing with climate change. The statement was made by Retno after attending a virtual US-ASEAN Summit on Wednesday (27/10/2021). “Expanding cooperation with ASEAN, especially on climate change issues, and announcing support worth USD102 million (equivalent to IDR 1.44 trillion) for new initiatives,” Retno said in a virtual press conference via YouTube. The US will provide assistance in handling climate change ahead of the COP26 Climate Change Conference in Glasgow, England, from October 31 to November 12. The US is one of 35 rich countries that have pledged to provide US$100 billion (IDR 1,432 trillion) to developing countries.

We must not forget that the US is the world’s second-largest carbon emitter after China, thus one of the biggest contributors to environmental damage globally. The assistance fund is nothing more than an effort to wash away its sins by paying tropical countries that act as the lungs of the world.

Moreover, the US provided this assistance in handling climate change ahead of the COP26 Climate Change Conference in Glasgow, England. There seems to be a strong impression that the US is reluctant to be blamed for bearing the burden of climate damage globally. It is because, until today, the US has been reluctant to ratify the Kyoto Protocol on climate change. So, this measure take by the US is clearly just to save its ugly face.

It is clear that the US is unwilling to commit to tackling the climate crisis, and at the same time, it is reluctant to be blamed. Meanwhile, the destruction of the global climate is the result of the implementation of Capitalism which prioritizes the interests of industrialization over the interests of humankind and the environment. Developed industrial countries seem reluctant to take responsibility, even though they are the largest CO2 emitters in the world.

Muslim countries should not accept any assistance from the Kuffr countries and should not be blinded by dollars from the US, because it is nothing more than a ‘bribe’ to strengthen the US position. As a Muslim country, we should be able to take great lessons from the ignorance, arrogance, and irresponsibility showed by these shameless developed industrial countries. They are nothing more than corrupters on earth who continue to argue that they are making progress and modernity, as Allah (swt) says:

“And when it is said to them, “Do not cause corruption on the earth,” they say, “We are but reformers.” Unquestionably, it is they who are the corrupters, but they perceive [it] not.” [Al-Baqarah [2]:11-12].