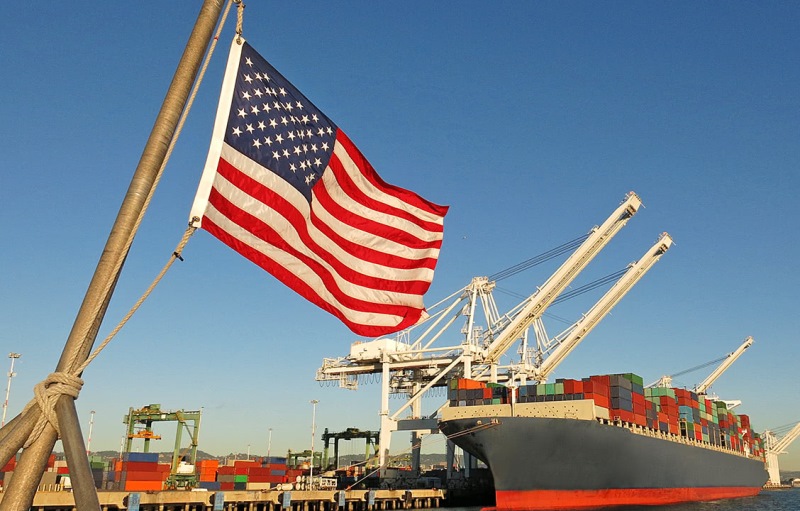 The trade war between the United States and China that began in 2017 has today grown in size and scope that no one would have envisaged. The US has applied 10% to 15% tariffs on $300 billion of Chinese goods. Another $250 billion, previously taxed at 25%, will now be taxed at 30 percent. In the second quarter of 2019, China’s economy grew 6.2% which is the slowest pace since the early 1990s. [1] Even though the Chinese have applied tariffs onto $75 billion of US goods, the repercussions will not be severe for the US compared to the Chinese. The US is the biggest importer in the world therefore; it is the buyer with all the money in its possession, China on the other hand is the seller which needs the dollars as much as it can from the US.

Can China overcome the US in the trade war? The Chinese BRI is nothing more than a bogus project, because it lends out billions of dollars to several countries for infrastructure projects, which is actually used to pay Chinese workers in the invested country to pay for construction. The money then returns into the pockets of the Chinese therefore, the latter does not receive a single cent like for e.g., CPEC where Pakistan still has yet to benefit from the Chinese investments in the country. [2]

The Middle Kingdom has created its institutions which intend to replace the dollar in the future, like Asian Infrastructure Investment Bank (AIIB) and the New Development Bank (NDB). These are an alternative to the usual once size fits approach institutions of the US like the IMF, WTO and the World Bank which have been around since the establishment of the US liberal order. These institutions have already created the dollar hegemony which is why today, 40% of all global transactions are fulfilled in dollars, the yuan is scarcely 2%.

The Chinese are trying to use debt trap diplomacy to gain leverage against countries across Asia and Africa for its imminent arbitrary intentions. With some countries it has already achieved the debt trap like, Sri Lanka and the Maldives. Sri Lanka for example, where China has leased Merchant Port Holdings Limited (CM Port) for 99 years for $1.12 billion in 2017. [3] This is due to Sri Lanka not being back to pay back the loans offered by the Chinese government for its infrastructures.

Since, the trade war President Trump has renewed the old NAFTA agreement to the new USMCA (United States – Mexico and Canada agreement). Through which it now gains more steel from Mexico and other goods from Canada, due to the US depriving the influence of Chinese steel and other products from entering into its country. The US has already found an alternative for the goods that it requires. The US and China bilateral trade has fallen by 14% and has gone from being the number one exporter of the US to being the third, behind Mexico and Canada.[4]

Furthermore, China’s economic growth is slowing down and it exports are falling, due to the export of other Asian countries to the US, like Singapore, South Korea, Japan and Taiwan, all who combined have seen exports rise by 9%, while Chinese exports have fallen by 9%. [5] The US is doing well so far in using her allies in the South East Pacific to contain China by decreasing its exports. The other leverage the Americans have over the Chinese is that they are dependent on American technological foreign investments, through which the Chinese manufacture their own technological equipment which still are not to the standards of the American ones. China accomplishes this through the violation of IP rights hence, China is dependent on the US and that puts it in a weaker position.

China building institutions and establishing the BRI project is all a pitiable attempt to overcome the US in the Asian region while possessing global aspirations. The problem with all this is that it is a pragmatic way to overcome the US. America being the superpower that it is, has been exploiting the world through economic hegemony since the 1950s, hence, the world is already indebted to the US and under the dollar hegemony. It therefore makes no sense for the whole world to move towards China, as it is not offering anything new.

This global system of capitalism is created by America post – WW2, which has violated every countries’ sovereignty and made it dependent on to America. Therefore, China is not offering the world something new, rather it is going around in circles within the American system and literally fabricating it, and renaming as the next big thing. Even the new economic alternatives that China offers to different countries by offering loans for the construction of ports and railways is very reminiscent of the British colonial empire. China through loans will try to create a “debt trap” to gain leverage over countries and use this leverage for its political self-interests, countries like Sri Lanka and the Maldives have already been touched by China’s neo colonial BRI project, and now are suffering the consequences. CPEC is also leading to a similar path, where already Pakistan’s debt to China is more when compared to its debt towards America.

EFFECTS OF TRADE WAR ON THE WORLD

The trade war has dragged the world into a currency war, and now everyone has joined the bandwagon of cutting interest rates. The cutting of interest rates and the devaluing of currency caused inflation where every country has a result has started to suffer, the perfect example of this current dilemma in the Asian region is Pakistan. Moreover, India has also been feeling the pressure from the trade war, where unemployment is higher than ever and GDP growth has slumped to a six-year low of 5% and inflation as also struck. This has resulted in foreign investors pulling out of their foreign direct investments [6]. The EU has also faced tariffs from the US regarding airbus and French wine, according to the US president Trump the EU has been unfair for a long-time regarding trade with the US. Even Turkey is facing inflation and prices of necessary commodities like tea and gas prices have risen significantly and the government has scarce amount of options to amend it.

OECD chief economist Laurence Boone said: “The global order that regulated trade is gone and we are in a new era of less certain, more bilateral and sometimes assertive trade relations.” [7]

Trump’s plan of attack is not to just hurt China, but the world through the current trade war and dismantle the standard trade protocols that have been around since America has come onto the global stage. Even if Trump does lose the election, the global trade system will still need realignment therefore, the damage is out of reach. Trump and his administration have lost hope in the liberal free trade global system, according to the president’s administration, America has not benefited so much, as compared to it being more victimized by it.

The US tariffs on Chinese steel is a pretext because America already produces 70% steel domestically. Same goes for the currency manipulation regarding EU and China is also a pretext. China has utilized currency manipulation for a long time, so why all of a sudden the trade war? The reason for the trade war is something rather grand, it is firstly to contain the Chinese arbitrary ambitions but also to prevent other economies from rising like India, which is also a geostrategic player in the Asian region. Trump also prefers the EU to be disintegrated which will hinder its economic growth through a zero sum game approach. Lastly, the US needs to amend its domestic condition due to the unipolarity of America, it has spent huge amounts of money, resources, and lives on focusing on foreign affairs and in projecting its global military power. The British empire collapsed for this very reason due to it’s imperial commitments abroad which exceeded its GDP. Where it abolished the corn laws in 1846   which were heavy protectionist based and introduced free trade and liberalism in economics and foreign policy which left its domestic situation in ruins. America doesn’t want to make the same mistake but rather learn from history.

Donald Trump follows a realist/mercantilist logic which has shaped his behaviour henceforth, the heavy protectionism, advocations for patriotism, nationalism, patriotism and “America first” slogan are a result of this. Due to the world already being dependent on the US dollar the retreating from liberal trade agreements will not hurt the US, but will benefit it even more since it will be more one-sided towards American interests.

This goes to show that the US for now is still in a dominant position, even though it is in a steady decline. As for China, it simply can’t provide the world with what America currently offers, even though America is no saint. The US is shifting to a pre-1945 era, where liberalism in politics and trade were insignificant and nationalism and realism was prominent. So, would the US be successful with its plan or would it fail and lose its global position, as the first, only, and the last truly global superpower?