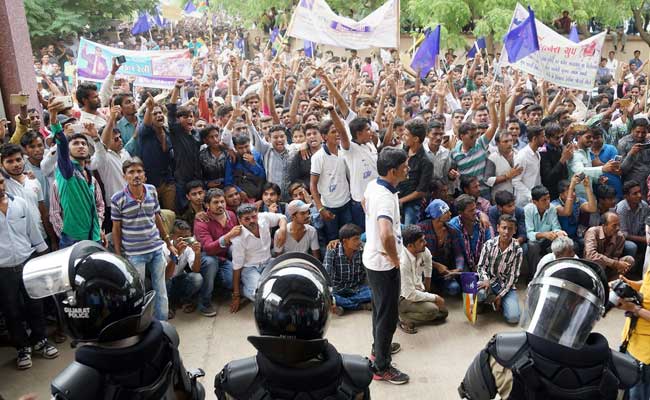 An Indian charity running schools for Dalit children will close down after the government banned it from receiving foreign funds over alleged threats to national unity, officials said Friday. The charity laid off more than 100 employees on Thursday and will shut its schools at the end of the current academic session in March, following the cancellation of its foreign funding license.  “We had no option left as foreign funding was the major source of running our operations.”

Hindu society is based on caste system even though India claims to be a secular society that claims to be open and sympathetic towards all thoughts and beliefs. Over the years, we have witnessed all type of atrocities in different directions which depict the extremist Hindu ideology, from Muslims being hacked on suspicion of beef eating to women being raped and killed in most horrendous ways.

Discrimination against Dalits (untouchables) is still the norm even in modern India. ‘Dalit’ in Sanskrit means “the oppressed” and they comprise 17% of India’s population. They are deprived of a life of dignity. For centuries, the Dalit population of India were forbidden from gaining access to education. Originally reserved for upper castes only, the denial of conventional education to Dalits was designed to prevent them from increasing their quality of life and to maintain caste divisions. Any change in their lives came from outside sources. Under Muslim rule, some converted to Islam and under colonial rule some embraced Christianity. Anything to save them from the upper-caste Hindus.

Recently a boy wrote a letter to a television network pleading for the violence to stop after a video of him being punched and kicked in the classroom made headlines.  The beatings went on daily for two years, the boy’s fault being getting the top marks in his class. Some other forms of discrimination include: being served in separate utensils in restaurants, being forced to clean the toilets in most Government and aided schools, not being allowed to fetch water from public wells.

Even though we hear the Indian Government claim to take care of Dalit rights but we don’t see it happening. Only Islam will take care of the right of all including a section of a non-Muslim minority to an education. There will not be any need for any organization to take money from abroad to take care of education. Khilafah will give protection to all its citizens, Muslims or non-Muslims.