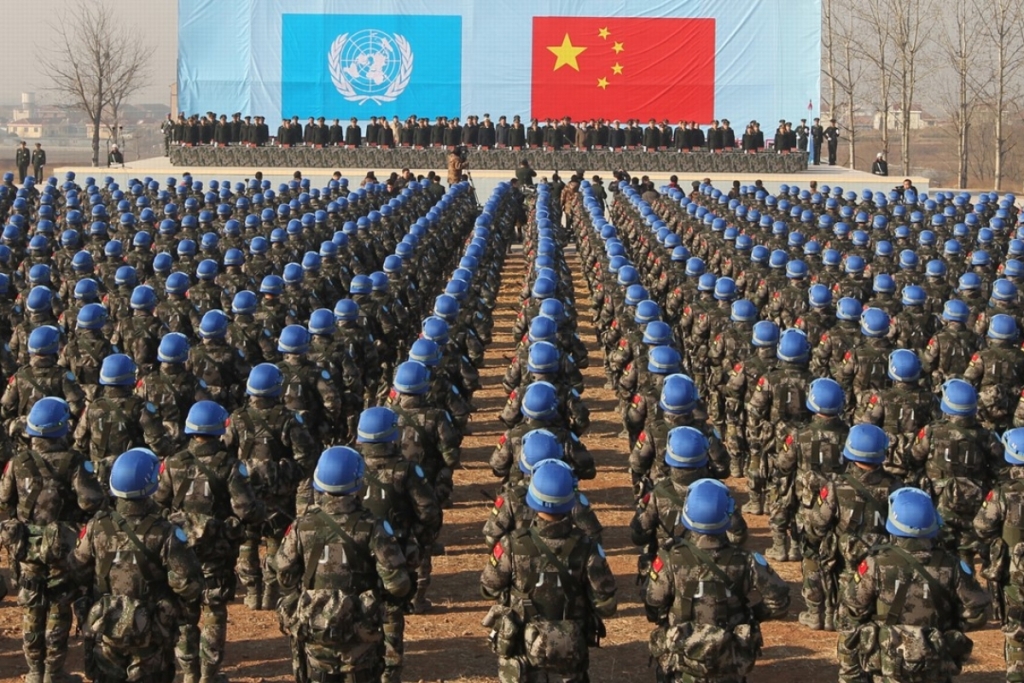 In an interview given to a British news outlet in early November, Emma Reilly, a human rights lawyer working for the United Nations Human Right Council (UNHRC), stated that high ranking members of the UNHRC were actively handing over the names of Uyghur dissidents to the Chinese regime for the sake of currying favour and maintaining a close political relationship with the dictatorship.

This is despite China pursuing a policy of genocide against the Uyghur Muslims of East Turkestan. According to Reilly, prior to each UNHRC session, the Chinese government would ask the UN “whether or not certain people were planning to come”. UN officials would then pass over the names of various Uyghur activists who planned to attend to testify about China’s atrocities against the Uyghur Muslims. Reilly asserts that she has e-mails confirming the practice which has been going on from at least 2013 and which has endangered the lives of countless Uyghurs.

UN Watch, an NGO that highlights UN malpractice and bias, also confirmed Reilly’s allegations. According to both Reilly and UN Watch, China then uses this information provided by the UN to harass and intimidate the Uyghur activists and their families in order to silence them from speaking out against the genocidal actions of the Chinese Communist Party in Xinjiang. This includes arresting, detaining and torturing family members of the dissidents in China’s notorious concentration camps. Reilly claims that she reported this criminal activity to her seniors in the UN, including the High Commissioner of Human Rights, the UN Ethics Office and the UN’s internal authority but no action was taken to address the matter. Since the UN has diplomatic immunity in all international courts of law, she then took her allegations to the UN’s internal court, which she stated argued, that it is unreasonable to think that human rights principles could ever trump the mere possibility of a better political relationship with China. She also posted on Twitter the memorandum document handed to her by the UN internal court in response to her complaint which makes clear that whilst the UN acknowledged her claims, it felt maintaining a positive relationship with China was of surpassing importance.

All this highlights once again how the United Nations is not just an organisation riddled with corruption, as well as being docile and defunct in addressing the humanitarian catastrophes of the world; rather, it also actively aids the oppressive political agendas of the main global powers who are permanent members of its warped Security Council. It beggars belief that China, a state that is executing a religious genocide against the Uyghur Muslims, including incarcerating over a million innocent Uyghurs in its internment camps, would be elected to the UN Human Rights Council this October. Russia, a regime which is aiding the butcher Assad’s genocide against the Muslims of Syria, also got elected, while Saudi Arabia, which is executing a brutal war against the Muslims of Yemen, including starving millions of innocent civilians, previously got elected onto the panel. Such regimes then absurdly preside over the promotion and protection of all human rights around the globe, while simultaneously engaging in crimes against humanity themselves.

It is therefore a fantasy to believe that the UN is a neutral body which stands for the interests and rights of all people equally. It is also a facade that it is an organisation that sincerely cares about injustices and humanitarian atrocities. Indeed, the veto power of the five permanent members of the UN Security Council, which includes China, has sealed power of world affairs and the destiny of nations in their hands, and enabled them to avoid any real accountability for their oppressive policies towards people, both nationally and internationally. Hence, expecting the UN to move in any direction which is at odds with the interests of any of these major powers, is the height of political naivety.

The UN has been a master of distraction and diversion in solving the humanitarian crises and genocides of the world, hosting endless futile debates on resolutions, or peace negotiations which lead nowhere, other than buying time for dictators, authoritarian regimes and self-serving governments to fulfil their political agendas. It has played brilliantly the deceptive charade of ‘peace-maker’, while in reality, overseeing the strengthening of the hand of occupiers and oppressors through their ‘peace-deals’ and prolonging the suffering of the oppressed. We see for example how UN Resolution 242 laid down the borders of the so-called ‘Jewish state’ – effectively accepting the existence and illegal occupation of Palestine by the criminal ‘Zionist’ entity and sanctioning its theft of the lands and homes of the Muslims of this Blessed land. Indeed, Allah (swt) says: وَإِذَا قِيلَ لَهُمْ لاَ تُفْسِدُواْ فِي الأَرْضِ قَالُواْ إِنَّمَا نَحْنُ مُصْلِحُونَ * أَلا إِنَّهُمْ هُمُ الْمُفْسِدُونَ وَلَـكِن لاَّ يَشْعُرُونَ “And when it is said to them, ‘Make not mischief on the earth,’ they say, ‘We are peacemakers only.’ Of a surety, they are the ones who make mischief, but they realise (it) not.” [Al-Baqarah: 11-12].

After all this, how can any hope continue to be placed in the deceptive and defunct UN that it will protect oppressed Muslims across the world? What have the calls for UN intervention to end the bloodbaths and oppression of Muslims in Syria, Palestine, Myanmar, Kashmir, the Central African Republic, East Turkestan and elsewhere achieved in reality?!! What has it changed on the ground for those enduring unimaginable levels of brutality and repression?!! Indeed, dependence on this body to solve the persecution and injustices against our Ummah only prolongs the despair and suffering of our Muslim brothers and sisters across the globe. This is because it diverts attention from the true solution to the oppression and genocides against the Muslims – the re-establishment of the Khilafah (Caliphate) based upon the method of the Prophethood, the true shield and protector of the Ummah! The Prophet ﷺ said, «وَإِنَّمَا الإِمَامُ جُنَّةٌ يُقَاتَلُ مِنْ وَرَائِهِ وَيُتَّقَى بِهِ» “Verily the Imam (the Khalifah) is a shield from behind whom you fight and by whom you are protected”.