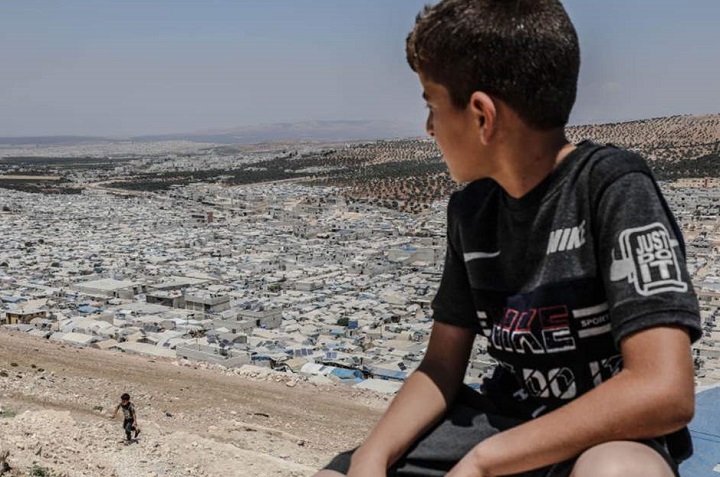 On the 27th July, Amnesty published an article which stated that the UN Development Program (UNDP) in Syria is working directly with the group – the National Union of Syrian Students (NUSS) – which stands accused of aiding the Assad regime in his genocide against innocents who oppose his rule in the country. A recent Facebook post by the UNDP Syria mentioned its cooperation with the NUSS in organizing the innovation competition, the Hult Prize, on Syrian university campuses. The NUSS has long been known to be affiliated with the murderous Syrian regime and to work with Syrian security services to supress student voices against the Butcher Assad. In fact, the NUSS has been responsible for the arrest, brutal torture, murder and enforced disappearance of many Syrian university students who opposed the Syrian regime or participated in the peaceful protests in the country in 2011. It has been called, “the largest security and espionage agency in universities and educational bodies in Syria” and has also recruited Syrian university students to act as informants against those students suspected of disloyalty to the regime. The Amnesty article reported that the NUSS even had torture and interrogation rooms inside Damascus University.

The UN’s dealings with individuals, businesses and organisations who have close affiliation with the Assad regime, as well as facilitating the crimes of this butcher through their actions and policies in Syria is well documented. UN humanitarian aid for example, has helped to prop up the regime and finance its crimes. According to the website foreignaffairs.com, UN agencies such as the World Health Organisation have allowed Assad to take control of the £30 billion of international humanitarian response to the conflict in the country and to use it to effectively subsidize his war against innocents and to use the withholding of aid and the manipulation of its provision as a tool of war. In 2016, more than 50 humanitarian, human rights and civil society groups backed a report which stated the UN had given in to demands not to help opposition-held areas in Syria, contributing to the death of thousands of civilians. Furthermore, an investigation by the UK Guardian news agency also published in 2016, found that the UN had awarded contracts worth tens of millions of dollars to people closely associated with the Syrian president as part of an aid programme, including $4 million to a state-owned fuel supplier and $8.5 million to an organisation started and chaired by Assad’s wife. Dr Reinoud Leenders, an expert in in war studies at King’s College in London, commented that UN agencies had paid “lucrative procurement contracts to Syrian regime cronies who are known to bankroll the very repression and brutality that caused much of the country’s humanitarian needs”.

It is clear to see that not only has the United Nations proved to be an utterly docile organisation, watching the bloodbaths in Syria, Palestine, Myanmar, Kashmir and other lands unfold under its very nose without any political will to end these crimes against humanity with credible actions rather than empty rhetoric…but its policies and actions have also aided and abetted the abuse, persecution or slaughter of innocents. Last year, a human rights lawyer working for the UN Human Right Council (UNHRC), stated that high ranking members of the UNHRC were actively handing over the names of Uyghur dissidents to the Chinese regime to curry favour and maintain a close political relationship with the dictatorship, despite China pursuing a policy of genocide against the Uyghur Muslims of East Turkestan. This information was then used by the regime to harass, arrest, detain and torture family members of the dissidents in its notorious concentration camps to silence Uyghur activists from speaking out against the Communist Party’s anti-Muslim policies in the region. In 2018, the United Nations Refugee Agency (UNHCR) and the United Nations Development Program (UNDP) signed a pact with the Myanmar government on the initial steps for the repatriation of the 700,000 Rohingya refugees who fled the brutal violence by the country’s military to Bangladesh – effectively cooperating with the butchers of Burma to return the Rohingya into the hands of their killers and those who committed unspeakable crimes against them. And in the 1990’s, the policies of the UN aided the hand of the Serbs against the Muslims in the Bosnian War, and the organisation was complicit in the 1995 Srebrenica massacre in which 8000 Muslim men and boys were executed in cold blood.

The UN is therefore an organisation that has offered nothing but false hope and promises to the oppressed and facilitated the crimes of dictators and murderous regimes and entities. It has also served as a master of distraction and diversion in solving the humanitarian crises of the world, hosting endless peace negotiations which never lead anywhere. In fact, it has played brilliantly the deceptive role of ‘peace-maker’, while in reality overseeing the strengthening of the hand of occupiers and oppressors through their ‘peace-deals’, and prolonging the suffering of the oppressed. This is not surprising as the UN was only ever meant to serve the foreign policy interests of the five major powers and permanent members of its security council, primarily the US.

All this should be a stark reminder to Muslims that we can never rely on foreign bodies to solve our problems or protect our blood, land and honour, as Allah (swt) says:

“O you who believe! Take not for Auliya’ (protectors or helpers or friends) disbelievers instead of believers. Do you wish to offer Allah a manifest proof against yourselves?” [An-Nisa: 144]. And He (swt) says:

“Those who take protectors other than God can be compared to the spider which builds itself a cobweb. But the frailest of all structures is the house of the spider, if but they knew it.” [Al-Ankabut: 41].

As Muslims, we must take our affairs into our own hands and seek a solution to our problems and the protection of our blood from our Deen – Islam – alone, for anything else will only prolong the suffering of our oppressed brothers and sisters across the world. And our Deen has specified clearly and unequivocally that it is the establishment of the Islamic leadership alone, the Khilafah (Caliphate) based upon the method of the Prophethood, which is the only means to protect the lives of the Muslims globally, to liberate our lands from oppressors, dictators and occupiers, to defend our Deen from violation and attack by its enemies and to ensure security and stability in our lands. Allah (swt) says:

“Allah has promised to those among you who believe and work righteous deeds, that He will, of a surety, grant them in the land, inheritance (of power), as He granted it to those before them; that He will establish in authority their religion – the one which He has chosen for them; and that He will change (their state), after the fear in which they lived, to one of security and peace: ‘They will worship Me (alone) and not associate aught with Me.’ If any do reject Faith after this, they are rebellious and wicked.” [An-Nur: 55].