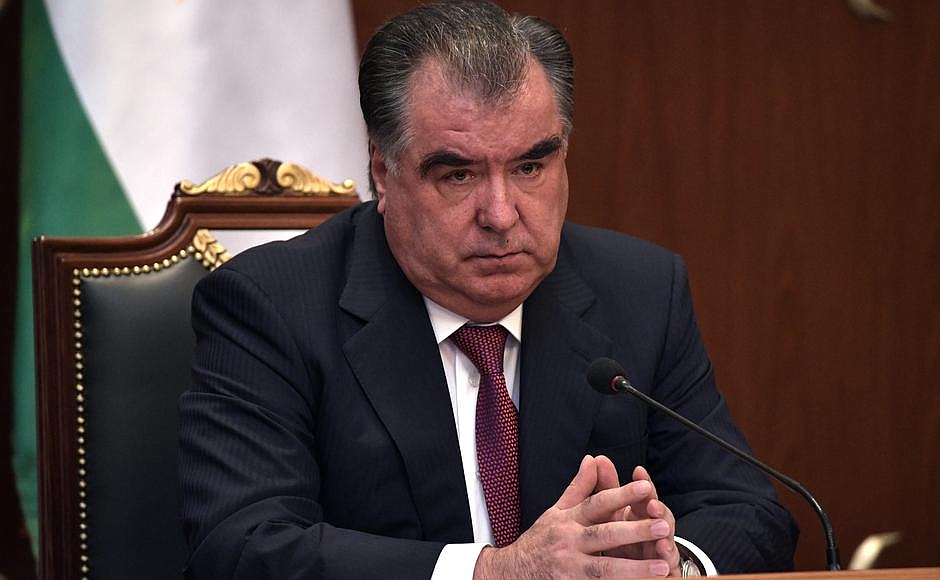 Tajik President Emomali Rahmon, at a meeting with members of the public in Dushanbe on July 11, 2017, called on Tajik women to give up Islamic clothing, arguing that hijab is supposedly an alien culture for Tajik women. “A limited circle of women and girls see religiosity not in the soul, but in appearance, dressing in black, and thus flouting our cultural values, forgetting that the Almighty is known by heart and soul, not by clothing, satr, hijab and beard”, – he declared.

Rahmon also demanded that the authorities and security forces increase pressure on those who practice their religion, saying: “In this regard, local executive bodies of state power and other responsible structures need to take concrete measures to prevent the spread of this negative trend”.

Comment:
To date, in Tajikistan, the regime of Rahmon has been strengthened control over the residents who practice their religion. So, for example, shortly before this Islam-hating statement of Rahmon, there was formed Group 21 in the north of the country, consisting of representatives of various state structures (including security forces). Their mission is to propagate the idea of refusing to wear hijab by Tajik women.

It should be noted that Rahmon is far from the only ruler in Central Asia who does not hide his enmity towards Islam and periodically attacks on Islamic values.

So, for example, recently, Kyrgyz President Almazbek, completely subordinate to the Kremlin, made twice hostile statements about Islam. On July 12 he said: “Do not smash your foreheads in prayers, better do studying”. On July 24, he continued his insinuations against religion. “In the Koran itself there is a surah, where it is said that alcohol in small doses is useful. Imams always hide this”, – he said.

The new president of Uzbekistan Mirziyoyev also does not lag behind his colleagues. Recently, at a videoconference meeting with Uzbek imams, he condemned polygamy. “Dear imam-hatibs, do you realize what misfortunes and problems you bring to society when you conclude nikah without checking the document on the part of the civil registration agencies?” – he resented, noting that often there are cases of polygamy. He threatened the imams who conclude the ritual “nikah” for the second wife, that they would bear responsibility before the law. “In order to stop such ugly actions, we are drafting a bill. Each mullah who concludes the ritual “nikah” without a certificate of marriage registration, will be punished”, – Mirziyoyev said.

Earlier, Kazakh President Nursultan Nazarbayev stated at a meeting with the leaders of the Spiritual Administration of the Muslims of Kazakhstan (SAMK) in Astana on April 19 that the beard and hijab did not correspond to any Kazakh traditions and suggested to work out the issue of banning it at the legislative level. “As a result of ignorance, our young people grow their beards and cut their pants. The number of Kazakh girls who completely cover themselves with black clothes is increasing. This does not correspond to our traditions or our people. It is necessary to work out the issue of banning this at the legislative level. Kazakhs wear black clothes during mourning time”, – Nazarbayev said then.

There is a similar situation with the persecution of Islam in Turkmenistan. In April this year, in the military unit of the town of Serdar the Turkmen special services opened an investigation, during which more than 70 people, including soldiers, were detained. As it turned out, in the evenings the officers gathered new recruits for meetings, where the company commander told them about Islam. As a result, the officers were accused of spreading Islam, criminal cases were filed against them in several respects, including “attempt to overthrow the constitutional order” and “abuse of authority”.

As reported by the News Agency “Chronicle of Turkmenistan”, according to the results of the investigation and the court, 12 people representing the senior and junior officers were sentenced according to one data to the terms of 10 to 23 years of imprisonment.

Thus, every year the tyrants of Central Asia show more and more clearly their violent hatred towards Islam and its values, while affirming that all of their crimes they commit only for the sake of society’s prosperity.

However, all these attempts are in vain, because the peoples of the region have already seen much greater pressure on Islam, which occurred during the Soviet occupation of the countries of the region. However, the Communists were not able to burn Islam out of the hearts of people, and the current tyrants will soon disappear to the same place where the Communists went when Allah wills.

“After that, despotic kingship would emerge, and it will remain as long as Allah wills. Then, the Khilafah (Caliphate) shall come once again based on the method of Prophethood.” (Ahmad)