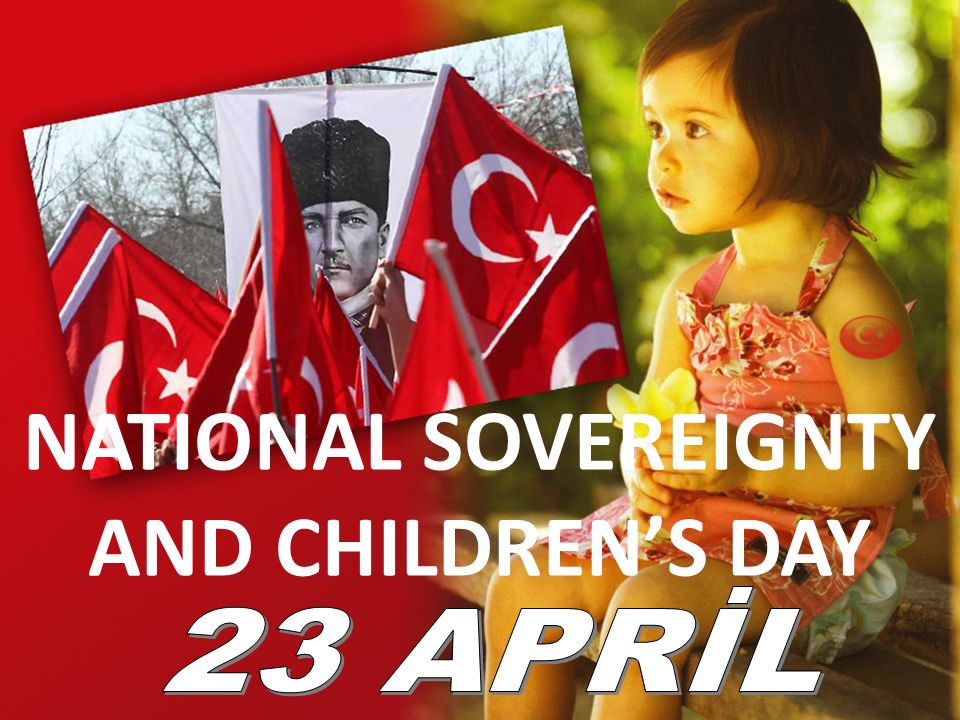 Since 1929 each year Turkey celebrates “National Sovereignty and Children’s Day” on 23rd of April. This day, known as “Children’s Feast” among the people, is a gift from Atatürk to the children according to Kemalists. In fact, this so-called “feast” is neither Atatürk’s gift nor is it a feast for the children.

On 16th of March 1920; following the Armitrice of Montrose, the English invasion forces, annulled the Chamber of Deputies, the Ottoman Parliament, which was under the supervision of the Khalifah, and exiled its members to Malta. Subsequently Mustafa Kemal gathered the new Grand National Assembly in Ankara on Friday, 23rd of April 1920. The inaugural session was deliberately scheduled to take place on a Friday. After the Friday Prayer in the Hacı Bayram Mosque they sacrificed two rams and announced the opening of the Grand National Assembly, accompanied by duas. At first glance this Assembly claimed to ensure the maintenance of the Khilafah. After all the first oath of this parliament under Mustafa Kemal was as follows:

“All the measures to be taken will aim at maintaining the Khilafah and the Sultanate and at ridding the Sultan and the country from Western slavery, by Allah.”

However; it should not take long until the whole Islamic world wittnessed the true purpose of this Assambly, when it declared on 3rd of March 1924 the abolishment of the Khilafah and the separation of religious affairs from state affairs. The same night Mustafa Kemal sent an order to the Governor of Istanbul stipulating that the Khalifah Abdulmajid should leave Turkey before the dawn of the next day. So he went with a garrison from the police and the army to the Khaleefah’s palace in the middle of the night and the Khaleefah was forced to climb aboard a car that took him through the borders towards Switzerland, after he had been supplied with a suitcase containing someclothes and money. Two days later, Mustafa Kemal gathered all the thrones princes and princesses and deported them outside the country. All religious functions were cancelled and the Awqafî (endowments) of the Muslims became the property of the state, and the religious schools were turned into civil schools under the auspices of the education ministry.

This is in brief the meaning of 23rd of April from an historical perspective. And Atatürk had no role soever in declaring this day as a “Children’s Feast”. This day was celebrated as the National Sovereignty “Cheering” and not as a “feast” until 23rd of April 1929. In fact, it was the Society for The Protection of Children (Himaye-i Etfal Cemiyeti” that declared this day to a feast. This society declared the 23rd – 29th of April a “Children’s Week”, and the 23rd of April to “Children’s Feast” in parallel to the National Sovereignty Cheering, in its circular to its organisation. Thus the first April 23 “Children’s Feast” was officially celebrated in 1929 at the headquarters of the Society for the Protection of Children. (http://www.mustafaarmagan.com.tr/genel/hangi-23-nisan/)

So far we explained the reality of Turkey’s Children Feast. As to the reality of Turkey’s children today… that is one of great suffering. 38 percent of children live in extreme poverty across Turkey. Almost 41% of Turkish children are unable to meet their protein needs, or cannot afford adequate house warming, or clothing. Changing social and family structures, economic, social and cultural corruption cause the high and ever-increasing levels of child crime in Turkey’s statistics. Each year 83,000 children in the 0-18 age group are pushed into crime, 76,000 children occur as crime victims and 23,000 as criminals in court records. An average of 150,000 children are involved in “juvenile justice cases” each year. According to TUIK data, the number of children taken to police units increased by 6,2% in 2017. 57,5% of these children are aged 15-17 years, 24,5% are aged 12-14 years and 17,9% are under the age of 11, while 68,3% are boys and 31,7% girls.

The Republic’s unscientific, rote and repressive teaching methods, which are the results of the education system, that has the only purpose of alienating new generations from the Islamic culture and values and raising nationalist, patriotic, democratic and secular generations, play a huge role in these negative developments. In particular throughout the recent years there has been observed a strong tendency among the youth towards deism and homosexuality. Although Turkey’s ruler(s) strictly reject this development, and despite the contradictory and unreliable statements of the Directorate of Religious Affairs (Diyanet), those parents, who try to hold on to their Islamic values clearly and directly sense this reality. And those parents, who struggle to prevent the destruction in their children’s lives and hereafter are being severly punished. I can give you one recent example which is on the front of social media these days but still did not find a single mention in main media. Ali Algül, a father in Hatay, did not enroll his children at school, because he did not trust the education system and because he wanted his children to receive an Islamic education. Thus the state confiscated all 5 of his children and placed them in different care institutions in two different cities away from their parents. The children were not allowed to see their parents for a whole month and are now allowed to see them under police supervision once a week. State officials justified their cruel action by stating that “the children were deprived from school and socialisation with their peers”, while completely ignoring the damage on their psychology and social lives upon deprivation from each other and their parents.

This system, that does not give the Muslims and the Islamic values any right to live, will not be able to conceal its oppressiveness no matter which feasts, under whatever name, it invents. Allah (swt) bestowed the Muslim Ummah with two feasts. It is the right of every Muslim child across the world to enjoy these feasts. However, it is only the Second Khilafah Rashidah (rightly guided Caliphate) upon the Method of Prophethood that will restore their right.