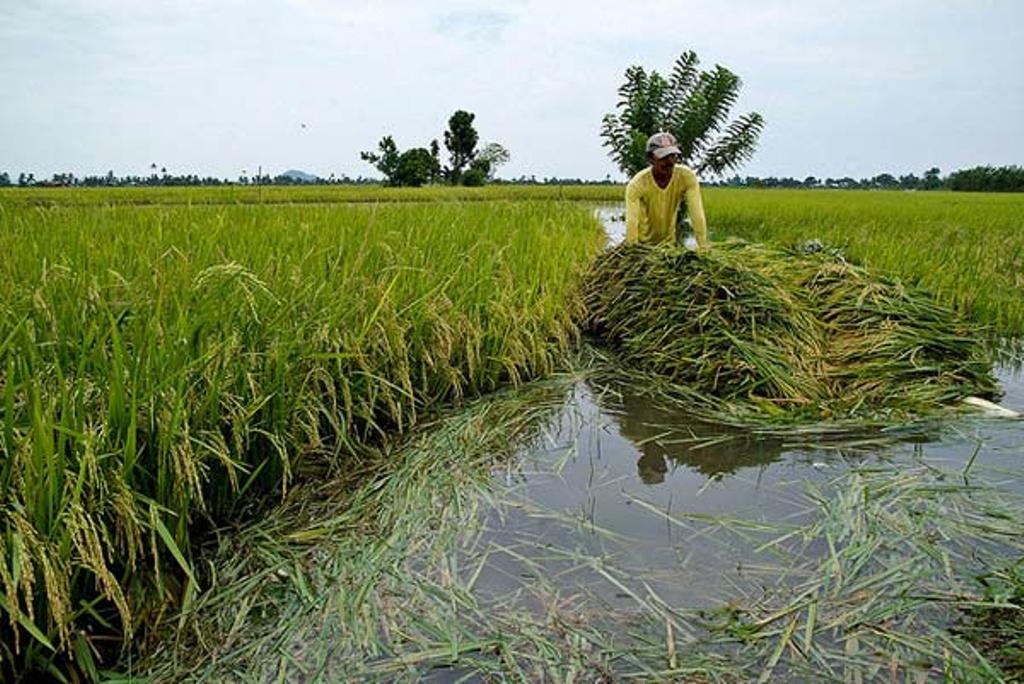 The government is trying to appease the escalating angry protests of farmers regarding the drastic fall of the selling price of rice by declaring rice procurement programs at the local supply depots. The suffering farmers claim that the local government depots never find their paddy suitable for purchase, and also alleged that a syndicate of officials, rice traders and politicians were controlling the procurement so that the real farmers could not sell paddy to government depots. It is a well-known fact that the anti-people Awami League (AL) government, through its capitalistic policies, favors the capitalist syndicate, large corporate profit-mongers, and financiers over the marginal farmers who are criminally being deceived from getting fair price of rice by all the past governments for the last few decades. Even though the government routinely evaluates the country’s food situation in light of its paddy-rice stock, and was well aware of the estimated good harvest of rice for MY2018-19, this slavish government still continued to aggressively import from India, putting this strategic and political commodity into the hands of our enemy state. Moreover, on the one hand, high priced hybrid seeds and fertilizers, and power monopolized by large multinational and local corporations lead to high production cost for these farmers; on the other hand, borrowings at high interest rate, which the farmers are bound to avail due to high production cost, further contribute to the production cost. All these are systematically done to make our farmers incompetent and cripple the primary source of our economy by making it unpopular and dependent on India’s supply in the long run.

In this situation, the only way to ensure our food security is through the Khilafah (Caliphate) State which by implementing its Shari’ah obligated precise policies to ensure food security emphasizing production and efficient distribution, and will undertake rapid development strategies. The Khilafah will revive the agricultural sector by abolishing the exploitation by the corrupt middlemen along with the evil capitalist network which has kept the farmers subjugated by keeping the price of production materials like irrigation, seeds, fertilizer etc. high. To cater to not only the local need of rice but also to meet the global need for food, the Khilafah will focus on increasing land productivity through supporting the farmers in modernizing the entire farming operations. Provisioning of modern techniques and equipment along with state funds for the financially weak from Bayt ul-Mal (State Treasury) will also be ensured; and certainly, this support will be given as grant or qard-e-hasanah (interest-free loans), not as bloodsucking usurious debt.

The Khilafah State will make sure that no lands remain idle and thus will link ownership of lands with its cultivation and thereby will ensure our food security by boosting agricultural production. Whoever will fail to cultivate agricultural lands even after receiving State support, will not be allowed to rent or lease it to another for cultivation as Rasulullah (saw) said: «ازْرَعْهَا أَوْ امْنَحْهَا أَخَاكَ» “Cultivate it or give it to your brother”. This will enable the real marginal farmers to own the land and reduce their cost of production. The Khilafah will not allow the capitalist notion of man’s freedom of acquiring and selling anything without any interference; thus the State will forcibly take the land from the one who neglects it for three consecutive years. Rasulullah (saw) said: «من أحيا أرضًا ميتة فهي له» “Whoever revives a barren land, then it belongs to him” (Bukhari, Abu Dawud, Ahmed). In addition, the Khilafah will open nurseries and laboratories for the development of stronger seed lines and better fertilizer, as well as improved disease prevention and resistance. Finally, the Khilafah by freeing our agricultural sector from all foreign dependences, will implement the policies of food self-sufficiency, and move towards building a self-reliant and powerful State. Allah (swt) says, فَإِمَّا يَأْتِيَنَّكُم مِّنِّي هُدًى فَمَنِ اتَّبَعَ هُدَايَ فَلَا يَضِلُّ وَلَا يَشْقَى “So there will surely come to you guidance from Me, then whoever follows My guidance, he shall not go astray nor be unhappy” [Surah Ta-Ha: 123].