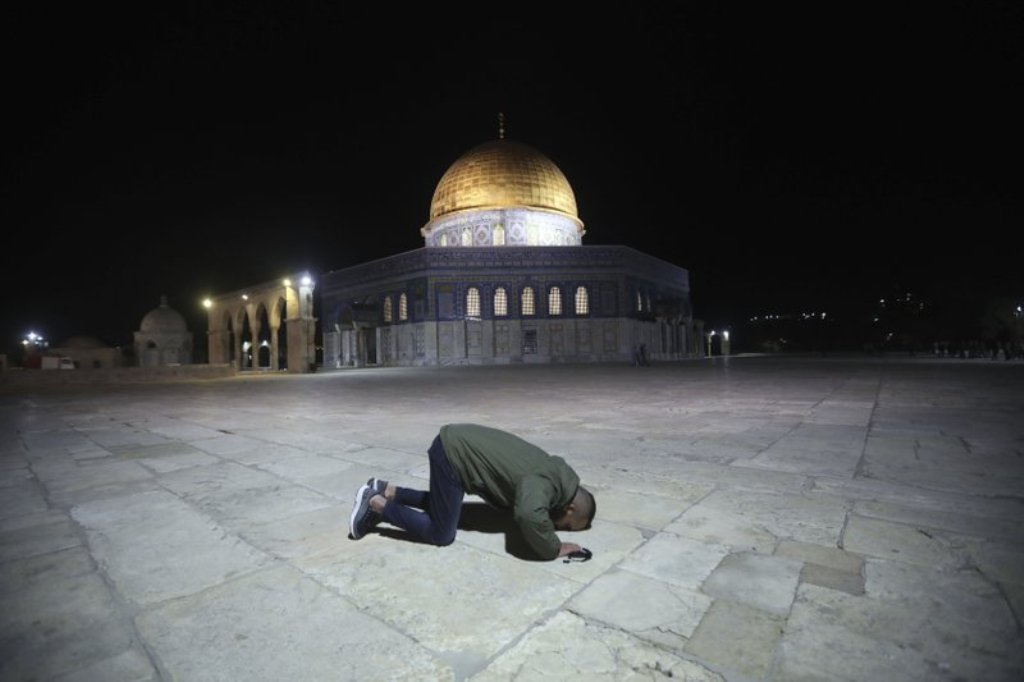 On Monday 7/12/2020, the Prime Minister of the Palestinian Authority (PA), Muhammad Shtayyeh, announced the government’s decisions to face the spread of the Coronavirus, including the closure of four provinces completely for a week, starting next Thursday, as well as preventing the movement between all provinces within the same period, and the complete closure of mosques for a period of seven days in all provinces.

These ruminant and failed measures reveal the extent of the authority’s confusion in dealing with the Corona crisis, and its attempt to evade its failure to provide the required supplies, to the extent that these measures have become a nightmare that haunts the people of Palestine. An irresponsible policy that does not take into account religion, its rituals, or people’s interests and concerns, and it may devastate the rest of the economy. The policy of total closure paralyses life, disrupts education, and destroys the economy, without constituting a solution to the current health crisis.

The total closure policy was never a solution, even the World Health Organisation, which the authority is following and implementing according to its “guidance” and its instructions in dealing with the pandemic, was announced last June by Dr. Maria Van Kirov, an epidemiologist of infectious diseases in the World Health Organisation, who is not recommending a total closure, Kirov said, “Just to clarify the matter, we do not recommend using a measure such as a total closure, for total closure is a phrase that we do not use in the World Health Organisation, but on the other hand we are talking about social measures, and there are many other aspects of intervention to deal with Coronavirus.” Kirov indicated that the imposition of a complete lockdown in many countries was because their capabilities were under pressure, and they needed time to prepare, such as providing hospital beds. Although the PA has had enough time with the onset of the crisis in the first quarter of the year to develop the health sector that has been neglected for decades, and with the possibility of making real changes commensurate with the existence of a global health crisis and consistent with the expectations of doctors and experts of the increase in the spread of the disease in the last quarter of the year with the start of the fall and winter season, however, it refused to take this opportunity, which was at the expense of the people of Palestine, and from which they suffered great economic losses as a result of the previous closures!

And now the PA wants to cover its shortcomings with a new, catastrophic closure, which was stated by government spokesman Ibrahim Melhem yesterday, who said: “The government tended to close these provinces for a week in addition to the night closure and also on Fridays and Saturdays in the rest of the provinces after the health system in Palestine has reached to the brink of collapse, especially after having cases of almost entire families being in intensive care units which are almost full.

Also, the solution of the health crisis is not at the expense of disrupting the rituals of Islam and closing the mosques, for this is a brazen boldness against the religion, and it proves the extent of the Palestinian Authority’s disregard for the rulings of Allah (swt), especially since people have seen with their own eyes how the markets and banks are crowded while the mosques are closed, and this is evidence that the authority is taking measures of Coronavirus as a cover to fight Islam and suppress its dawah carriers and put them in prisons.

The economic situation in Palestine suffers a lot and cannot tolerate further confusion and closures. The World Bank, in its most recent report that was reported at the end of October, expected that the rate of contraction in the Palestinian economy would reach 8% by the end of the year. The report mentioned that 121,000 people lost their jobs in the second quarter of the year only with the outbreak of the pandemic, of whom 96,000 were in the Palestinian economy itself, especially in the tourism and construction sectors. In a previous report, the World Bank warned in June of the doubling of poverty in the West Bank due to the repercussions of the crisis of the spread of Coronavirus. In its report, the World Bank expected “the number of families living below the poverty line will rise to 30% in the West Bank and 64% in Gaza, after it was 14% in the West Bank and 53% in Gaza before the outbreak of the Corona epidemic.”

By reading the current data, it appears that the authority, with its recent decisions, does not want to confront the crisis by focusing on developing the health sector, caring for people, and following the guidance of prophethood in the face of such an epidemic. Rather, it wants to follow the same previous policies that lead to Allah’s anger by closing mosques and disrupting Friday and congregational prayers. It destroys what remains of the economy and increases the rate of deflation, poverty and unemployment, especially since it does not provide anything to stimulate and support the economy, as is the case for those who follow the policy of total closure. Rather, it continues to take excises from taxes and customs in a manner that raises dozens of question marks by people.

This confusion and these irresponsible measures lead the people of Palestine into destruction, which necessitates them to be vigilant, to hold the Palestinian Authority accountable, to raise its voice in its face and in the face of its criminal and absurd measures in dealing with the crisis.