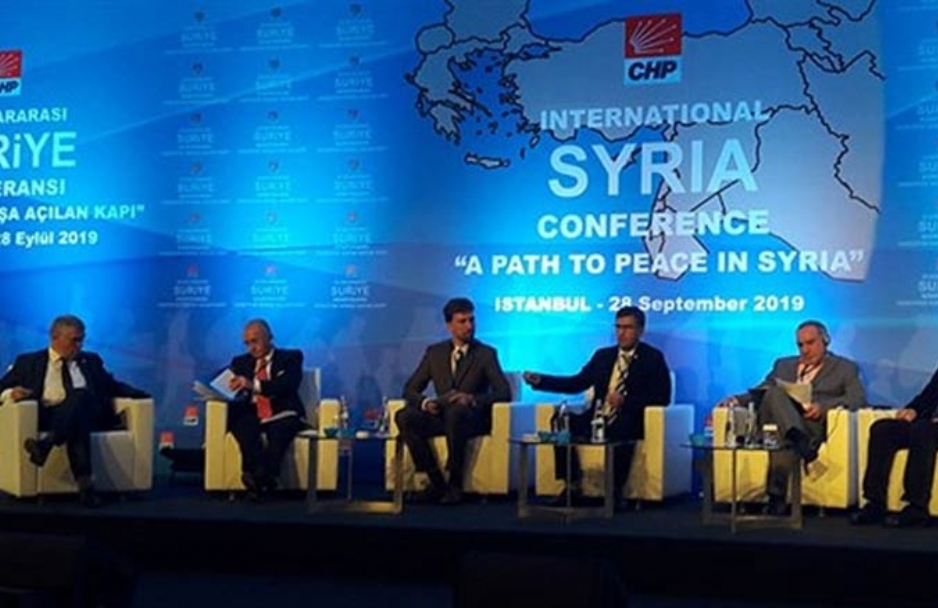 Surely, the status of the Ash-Sham revolution that it has reached recently does not match the great sacrifices that it has offered, for its path has changed drastically; and this is only as a result of the liaison of the faction leaders with the supporting countries that have flooded the revolution with dirty political money in their attempt to corrupt it. Even though in our released issues and demonstrations we repeatedly warned of that matter, however many of those who were deceived were not convinced of what we were proclaiming about!!

After all it has become clear to everyone even to the deceived if they realized, that the support and funds that was offered to the faction leaders was nothing but a price that they were paying to confiscate their political decisions and a restriction to seize their will. Furthermore it has not stopped at this limit, but these leaders have become amongst those who practise on the people of ash-Sham from confinement, oppression, repression and authoritarianism that they once came out against, until it has transferred into an obstacle in front of the aspirations of the people of ash-Sham to bring down the government system and establish the rule of Islam; which pushed the people of ash-Sham to take action all over again, but this time against the abhorrent factions that  brought forward the faction’s interest before the interests of the legitimate revolution. However the motive behind this mobility was restricted to emotions and its fluctuations and it was not based on constants and crystallised ideas, and making it susceptible to easy containment or a fast ride and diverting it from its track, similarly to the movement against the tyrant of Sham that has been contained, driven and diverted from its path. For this reason, the path must be corrected and the movement must be protected in several ways the most important ones are:

–    Making the constants the anchor of the revolution which are: bringing the government down in all its shapes and symbols and then establishing the righteous Khilafah (Caliphate) upon the method of Prophethood that the Messenger of Allah ﷺ gave glad tidings of its return, and the liberation from the countries of Kufr (disbelief) and ending its influence. These constants cannot be achieved except by cutting the relationship with the so-called supportive countries and on top of it is the Turkish government system, that it has become evident to all its conspiracy against the people of ash-Sham and before that the factional state must be ended which was the cause of fragmentation to spread control and influence, and to work towards becoming one force that is sincere to Allah (swt) and honest with the Messenger of Allah ﷺ.

–    To adopt a clear political project that emanates from the Islamic creed, this project would fortify the movement from any penetration or any trial of riding it or deviating its path, and that is because the project will be the scale that is used to measure any leadership of the movement.

–    To adopt a conscious and sincere political leadership; working to unite the efforts of all the sincere people under the banner of the Messenger of Allah ﷺ, and eventually the movement is moving according to the political project that emanates from the Islamic creed, the true righteous Khilafah (Caliphate) project.

These are the most important steps to correct the path of the revolution to get it to safety; and to reap the fruits of its sacrifices that serve the interests of Islam and Muslims…and this is what Hizb ut Tahrir / Wilayah Syria is calling you for, a pioneer that does not lie to its people. Allah (swt) said: إِنَّ فِي ذَلِكَ لَذِكْرَى لِمَنْ كَانَ لَهُ قَلْبٌ أَوْ أَلْقَى السَّمْعَ وَهُوَ شَهِيدٌ “Verily, therein is indeed a reminder for him who has a heart or gives ear while he is heedful.” [Qaf: 37]