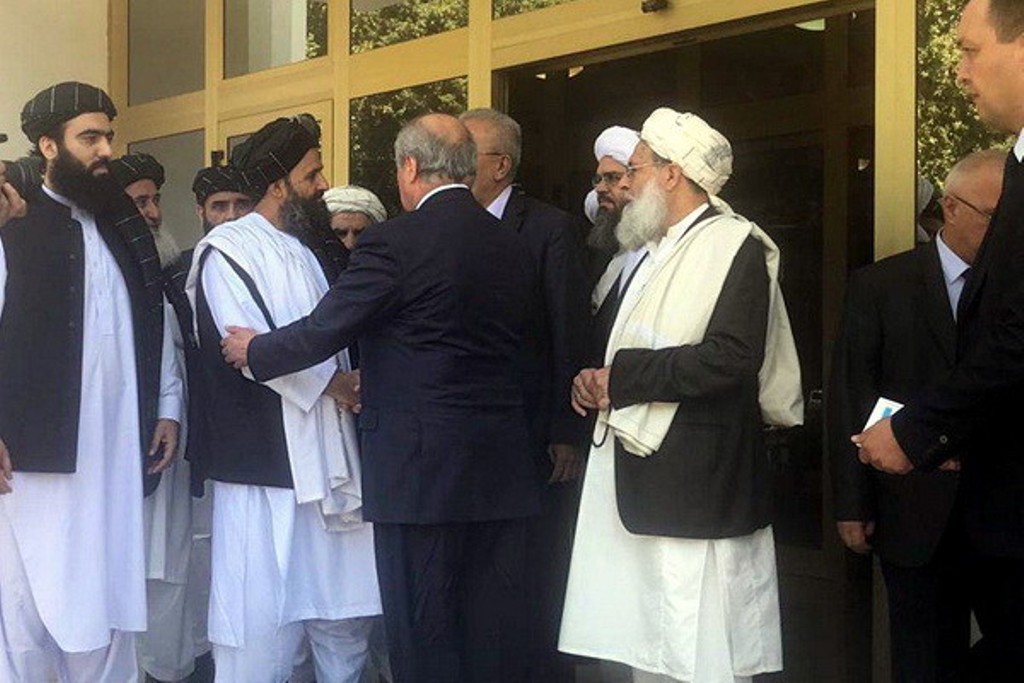 On August 12, Radio Liberty, citing the Foreign Ministry of Uzbekistan, reported: “On August 8, a meeting was held at the Ministry of Foreign Affairs of Uzbekistan with representatives of the political office of the Taliban in Doha, headed by its leader Mullah Barodar Akhund.

Mulla Barodar expressed sincere gratitude to the leadership of Uzbekistan for their constant attention to Afghanistan and emphasized that thanks to the efforts of Uzbekistan, the Afghan problem was again in the center of attention of the world community. The head of the political office of the Taliban movement supported the proposal to hold the next round of inter-Afghan dialogue in the city of Samarkand”.

In the last two decades, the Muslims of Afghanistan faced a new test of war as a result of the attack on the country by the disbelieving colonizer in the face of the United States and their minions of the corrupt Muslim rulers in the region. Despite the announcement of the end of the war and the beginning of peace negotiations, both by disbelieving colonizers and representatives of the Mujahideen in the face of the Taliban, the people are still suffering from the consequences of the war, and are confused by the hopelessness of their plight.

On the one hand, the colonialists could not break the spirit of the Mujahideen of Afghanistan and could not force the Muslims to abandon their religion. On the other hand, the colonialists were able to establish their puppet rule in power on the basis of secularism to alienate the supremacy of Shariah in the life of Muslims, and finally, to bring the Taliban Mujahideen to peace negotiations with the idea of peaceful coexistence with disbelieving colonizers.

This state of affairs is explained by the fact that the Muslims of Afghanistan have limited their understanding of Islam within the framework of morality, food, clothing and some issues of the social and economic system. Forgetting that Islam is not just a religion but a system for the life of society and the state, and the fact that Islam is represented by an Islamic state led by the Khaleef (Caliph), as it has been for more than 13 centuries, Muslims, not only of Afghanistan but of the whole world, live according to the laws of separation of religion from life, leaving the solution of problems in the fields of politics, government, economic, social system, education and others in the hands of the disbelieving colonizers and corrupt rulers.

Therefore, we see how the Muslims of Afghanistan have allowed the puppet secular government which serves the interests of the United States to be set up by disbelieving colonizers. We observe the same situation with the Muslims of Uzbekistan, where Islam has been deeply rooted, but today, they have been content with the rituals of worship, morality, food and clothing, giving the reins of government in the hands of Tagut.

The secular power of Uzbekistan, like the secular power of Afghanistan, is subordinate. In order to understand this, you need a view that covers the whole world, and then we will see what positions and statuses are occupied by each state. If we look at the political arena of the world today, we will see that the United States leads the world, followed by Britain, France, and Germany. There are also China, Russia and several other independent states. And all other countries are in the orbit of the leading countries or in their complete submission.

Afghanistan’s puppet secular government was created by the US colonialist and invader. The Taghut regime of Uzbekistan exists at the expense of Russia and is dependent on Russia. No one of them pursues an independent policy, but follows its patrons – disbelieving colonizers. Then what can we talk about with the servants of the disbelieving colonizers!?

Today on the world stage we will not see more than one state that raised the banner of Islam and carries it to the whole world as our beloved Prophet Muhammad ﷺ, his noble companions and subsequent caliphs did until the destruction of the Khilafah (Caliphate) in 1924.

To solve the problem of the Muslims of Afghanistan the Mujahideen of the Taliban should seek the advice and help of the Islamic political party Hizb ut Tahrir, which is working to revive the righteous Khilafah (Caliphate) state, and not to the secular puppet governments that serve the disbelieving colonizers! Hizb ut Tahrir has issued a system for the life of society and the state on the basis of the Qur’an and the Sunnah and follows the method of the Prophet Muhammad ﷺ in achieving its goal. Leave the secular governments of Uzbekistan or Afghanistan that serve the disbelieving colonizers. Join the work of Hizb ut Tahrir on the revival of the Second Righteous Khilafah (Caliphate) state according to the method of the Prophethood. And may Allah help us! Allah Almighty said in His Noble Book: وَمَا كَانَ لِمُؤْمِنٍ وَلَا مُؤْمِنَةٍ إِذَا قَضَى اللَّهُ وَرَسُولُهُ أَمْرًا أَن يَكُونَ لَهُمُ الْخِيَرَةُ مِنْ أَمْرِهِمْ وَمَن يَعْصِ اللَّهَ وَرَسُولَهُ فَقَدْ ضَلَّ ضَلَالًا مُّبِينًا “It is not for a believing man or a believing woman, when Allah and His Messenger have decided a matter, that they should [thereafter] have any choice about their affair. And whoever disobeys Allah and His Messenger has certainly strayed into clear error” [33:36].