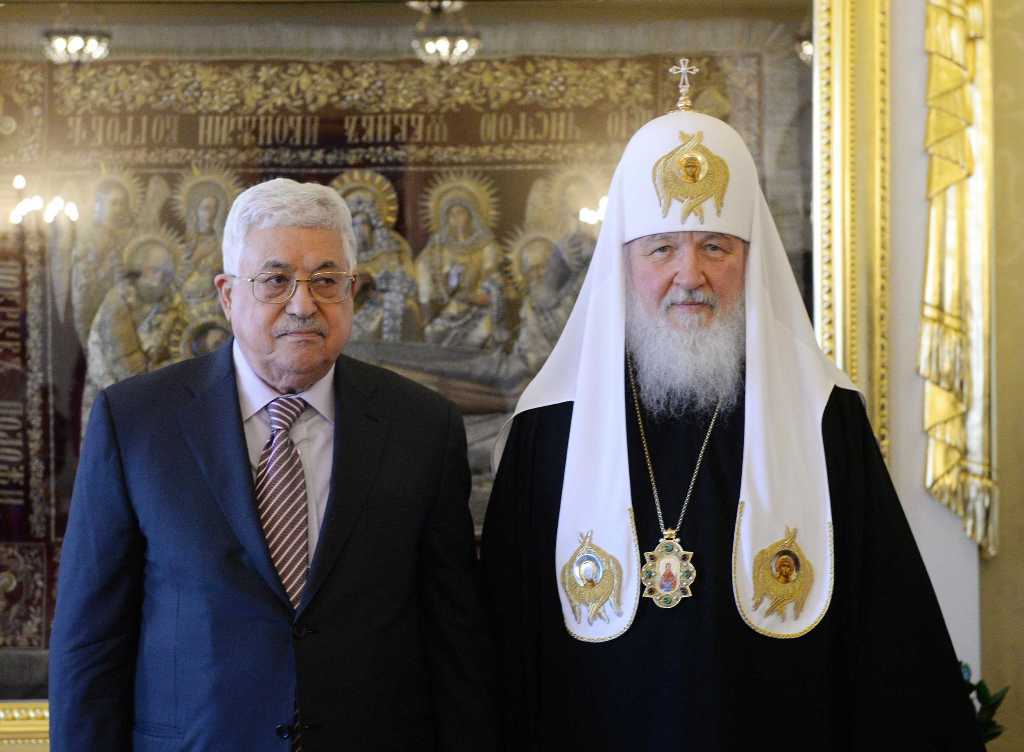 In a filmed session, the Supreme Court of Justice decided today, Monday, 8/6/2020, to cancel the decision of the President of the Palestinian Authority (PA), Mahmoud Abbas, of the possession of and granting the plot of land belonging to the endowment (Waqf) of Tamim Al-Dari in the city of  Al-Khalil (Hebron) to the Russian mission. In its decision, the court affirmed the return of the land as an Islamic Waqf prohibiting anyone from disposing of it except for owner of the endowment (Waqf) from the Tamim family.

The people of the blessed land and the Tamim family, through their insistence on defending their endowment (Waqf), managed to restore the land of the mountain of Sebta that was taken from them by force and given to the Russian Mission (Moscow Patriarchate of Jerusalem) by the PA. The (Moscow Patriarchate of Jerusalem) has a black history in giving lands to the Jewish entity. The people of the blessed land and the Tamim family succeeded in obtaining a decision from the Supreme Court of Justice that rejected the decision to give possession of the land to the PA, which was issued on 23/2/2016, as well as it rejected the decision of the grant issued by the president of the PA on 4/1/2017, thus nullifying the “At-tabu” (land registration) that the Russians obtained from the Land Department and the status of the land returned to what it was as the land of endowment belonging to the family of Tamim.

What happened in the case of the Tamim family endowment confirms that people, with their stances, persistence, and adoption of the truth, are the decider, and they are the true power that by their steadfastness and adherence to their stances, the oppressors and criminals will not be able to seize their land or diminish their rights. It also shows that there is no one that can stand against the truth and its people, not Russia nor the PA nor its president managed to prevent the Tamim family and the people of the blessed land from regaining the land despite the arrest and repression that the authority have exercised.

We in Hizb ut Tahrir in the blessed land Palestine congratulate the people of Palestine and Al-Khalil (Hebron) and the family of Tamim for this achievement, which was by Allah’s (swt) grace and his success and then by because of their zeal and steadfastness. And we affirm our continuous stance with them in defending the Messenger’s ﷺ grant, and all the issues that concern Muslims. and we say to them to crown this achievement by completing their march, and not to stop at this decision but rather to follow it with a strong and immediate action to benefit from their land, so the owner of a thing has the right to dispose of his property and the Tamim family have given the benefit of their land for the benefit of the people of the country to build schools, hospitals and other facilities that serve the people in Al-Khalil, and this was with a signed petition submitted by the Tamim family to Al-Khalil’s (Hebron) municipality. The Tamim family and the people of Al-Khalil must act urgently to prevent any future attempt to tamper with the land or attempt to seize it.

We say to the notables who participated in this good, may Allah reward you the best reward, and May Allah make this be in the balance of your good deeds, and we will not forget Haj Abdul Mu’ti Al-Sayyid Al-Harbawi “Abu Issam”, may Allah have mercy on him, as he was a man and not any man in this case and this movement that reaped this good fruit; May Allah have mercy on him and reward him on our behalf, and make him with the Prophets, Sidiqqin, martyrs, righteous and they are the best of companions. We like to note that that the positions of men that please Allah (swt) are engraved in the memory of the Ummah and written with ink from gold, so complete the path in defense of the truth and its people, and make sure that you are the spearhead that confronts the falsehood and its people. And we ask Allah (swt) to honour us with His victory and strengthen us with Islam under the shade of the Khilafah Rashida (rightly guided caliphate) on the method of Prophethood that liberates the entire blessed land and purifies it from the abomination of usurpers and traitors.